Make your own Venison Stock

True nose to tail eating finds a use for the bones, too. Follow this recipe to create your own rich venison stock.

I was fortunate enough to be invited to hunt on a friend’s ranch in May, Texas. It would, even more fortuitously, result in me taking my first buck. The closest processor was FullDraw in Rising Star, and they were kind enough to allow us to use their facility so I could harvest my own meat (which is a part I enjoy as much as the hunt itself). I told the guys I needed to use the sawzall to cut down the bones for stock. “What?”, they said with a blank look on their faces. “Stock”, I repeated, “you know, like chicken stock or beef stock?”. There were more blank stares until I described it as broth.

Let me tell ya – if you like flavor in your food, you need to make your own stock. It’s used instead of water as the liquid in chilis, stews and makes an incredible base for soups too. Essentially, it’s the distilled essence of the bones and marrow, made even more flavorful by an intense browning of said bones prior to boiling. And with the help of a few select veggies added to the pot, you are on your way to umami-ville.

So we’ve established that stock is a great idea for those who are discerning foodies. But in the context of hunting, it also allows you to be as efficient in terms of using as much of the animal as possible. Still, can’t hurt to save at least one femur for your four legged friends! I used the leg bones and a few slabs of ribs for my stock. Using the ribs means you can leave the intercostal muscles (meat between the rib bones) because they’ll keep adding layers of flavor to your finished stock. 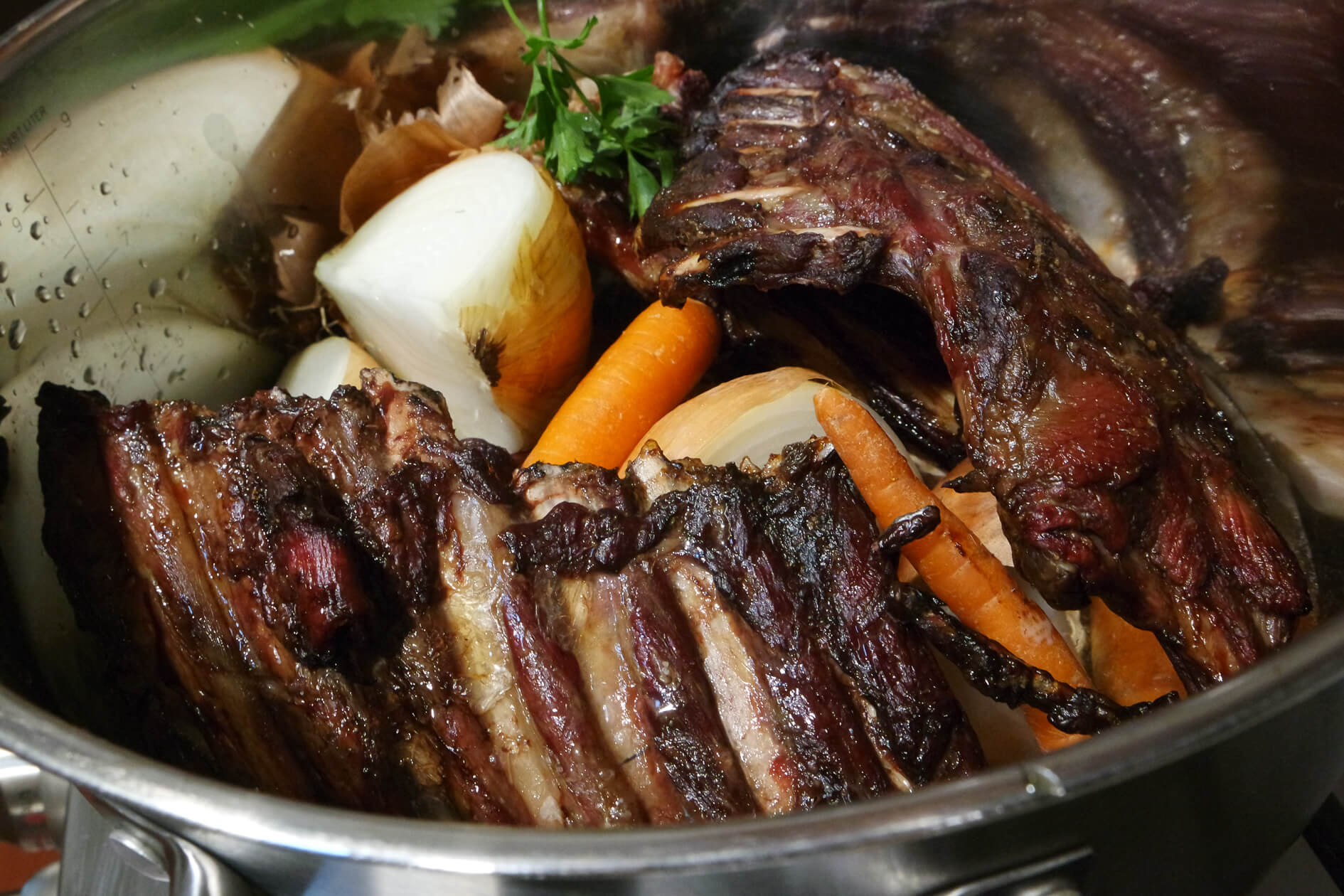 Key tips for making your own venison stock:

How to make your own Venison Stock

The key to color is to make sure your bones are well browned before you begin, and also to leave onion skins on.