Is this New Orlean’s best burger? The Company Burger

I reckon I’ve been travelling to New Orleans for well over a decade now. In the beginning, coming from so far away, there was a major sense of FOMO (fear of missing out, all the cool kids are abbreviating these days) regarding meals. This included stuffing oneself to the point of illness by not wanting to miss a single meal opportunity, and also limiting cuisines to cajun/creole and other iconic NOLA restaurants because why the hell would you come all the way here to eat a burger? (This is also the reason it took me just as long to eat BBQ in New Orleans, and why I still haven’t been to Juan’s Flying Burrito…).

As my trips became more frequent, I realised that it’s probably a safe bet I’ll be back to visit the city on a regular basis, and can probably afford to eat according to craving, rather than according to a weird-self appointed obligation. And so, after a ridiculously long time of promising them a visit, and hearing nothing but great things about the burgers, it was a local that finally shuttled me to their Freret St location.

Well, shame on me. My own stubbornness had prevented me from trying one of the finest examples of the burger arts I’ve come across in my burger travels. I went for a single, with housemade bread & butter pickles, American cheese and red onions. The patty gets full points of perfect size ratio, and bonus points for hitting the mark on tender with a great char to the outside. The toughest decision you’re gunna need to make will relate to the sides.  Onion rings, fries, sweet potato fries, tater tots or crispy pork rinds. It’s a cruel choice to have to make. I’m starting an appeal for TCB to create a “kitchen sink” side option, where you get a little of everything. Because ‘Murica.

Naturally, being in New Orleans they also serve liquor and have a brief but impressive cocktail list. Pecan Old Fashioned is the only thing I now have a FOMO about, and I fully intend to go try one (with a side of cheeseburger) when I’m back. 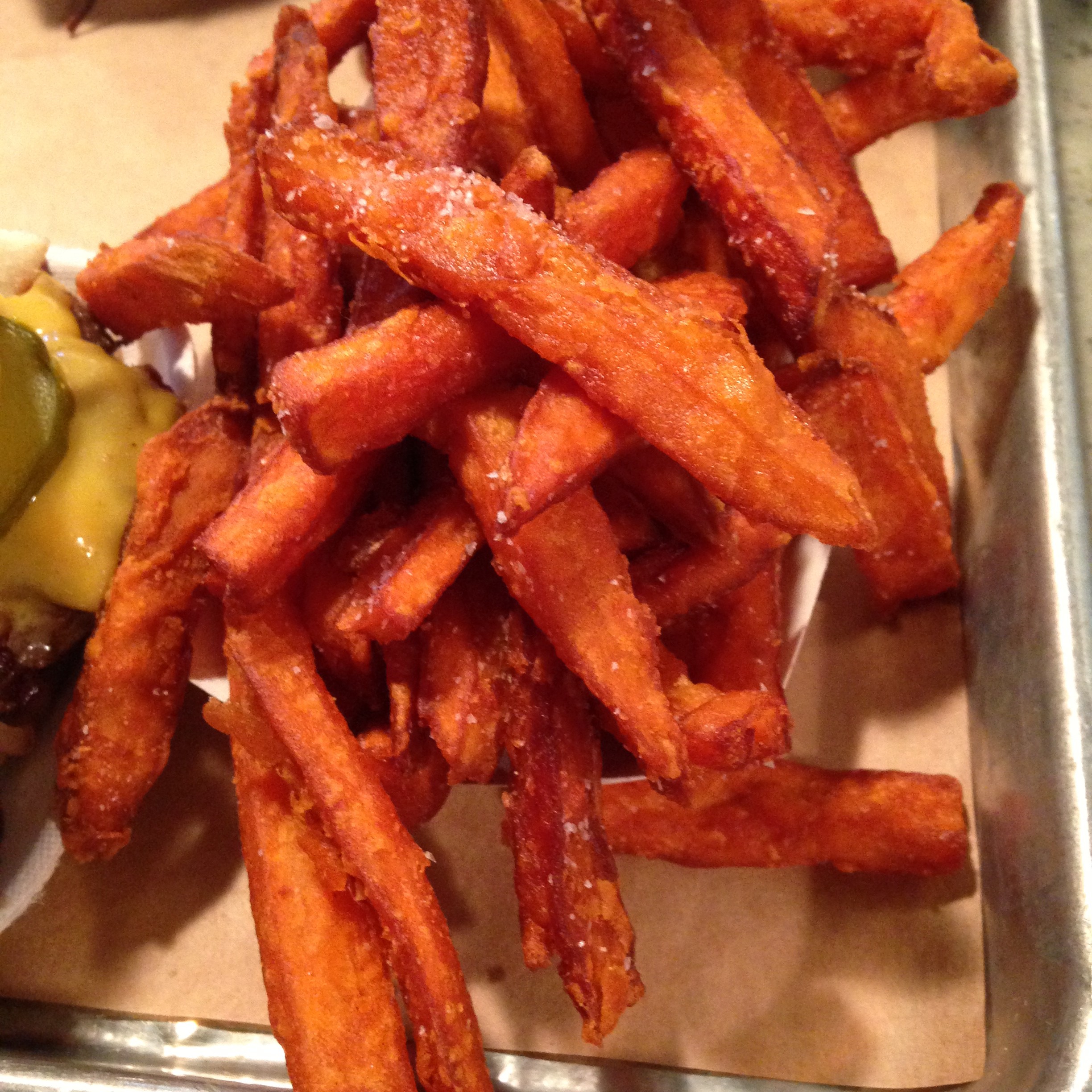