Some folks call it loin, others call it backstrap – whatever you call it, don’t cut it up into steaks! Whole stuffed venison backstrap is an easy, delicious recipe (that looks pretty fancy, too!)

I recently tried to track down some whole venison backstrap in friend’s freezers, wanting to create another stuffed version before hunting season started again (if you want to, you can read all about my first time hunting experience here). I knew it was a long shot, as I figured it would be one of the first cuts to be consumed. Surprisingly, many people still had backstrap in their stash, but disappointingly, all of it was either cut into steaks or tenderized. Frustration!

With so few large whole muscles coming off the deer, it was a no brainer to me to use a deer loin just like a pork loin – stuff it and cut into medallions. As long as you keep it rare enough and don’t overcook it, it’s a darn delicious way to treat that cut. So I implore you, this season, save at least one loin for this stuffed venison backstrap recipe, I’m pretty sure you’re going to love it. 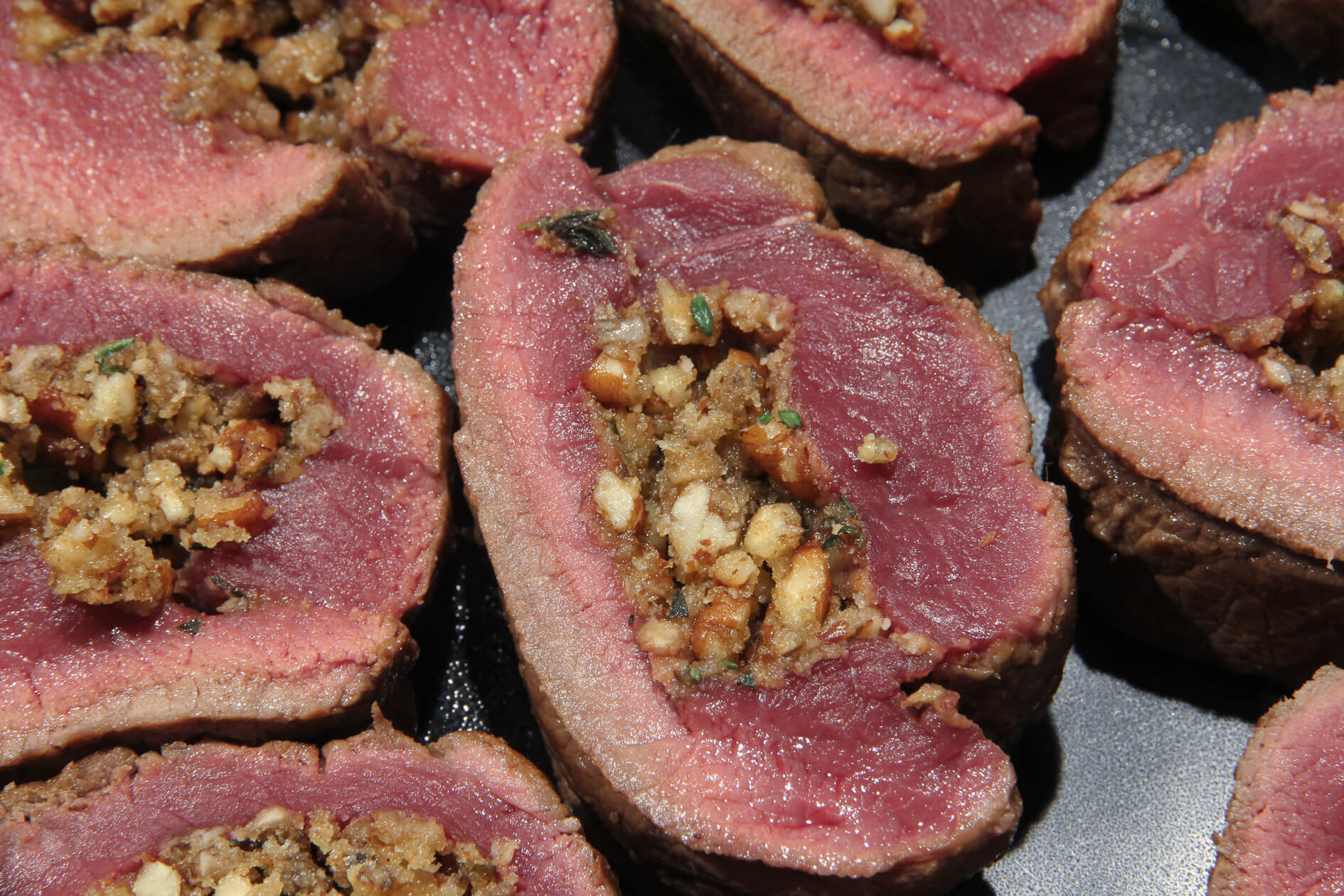 There are a fill simple swaps you can make to change this recipe up and experiment with other flavors. If you’re not a walnut fan, though I can’t imagine too many people find them offensive, you could easily swap them out and use pecans instead – same amount, same technique. Sage can be substituted for thyme or tarragon. And of course, there are a plethora of different and more exotic mushroom varieties you can experiment with, such as shiitake, oyster and even the highly prized morel.

Check out the recipe below (and if you make it, let me know what you think over at my Facebook page!). 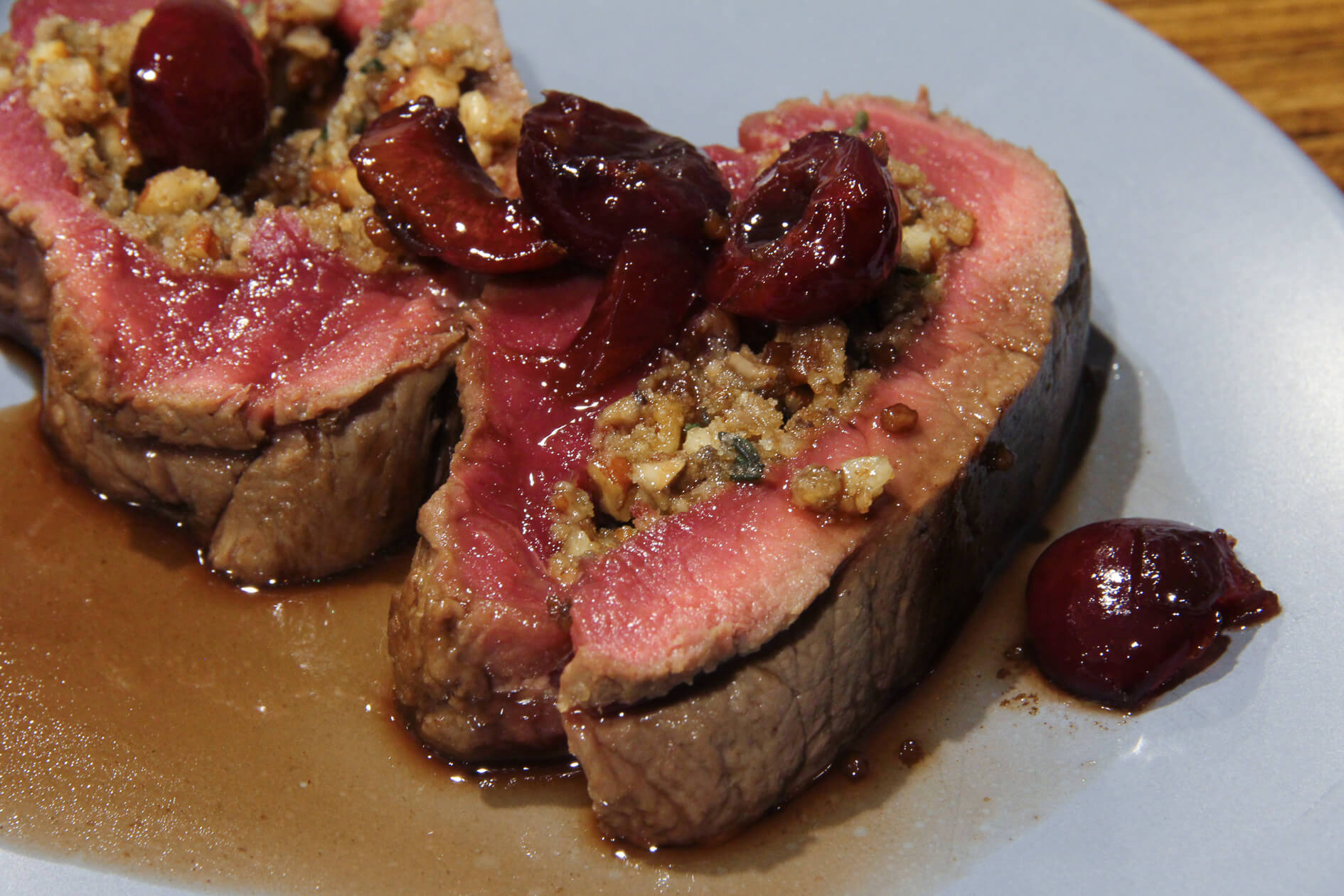 ½ tsp salt, plus extra for seasoning 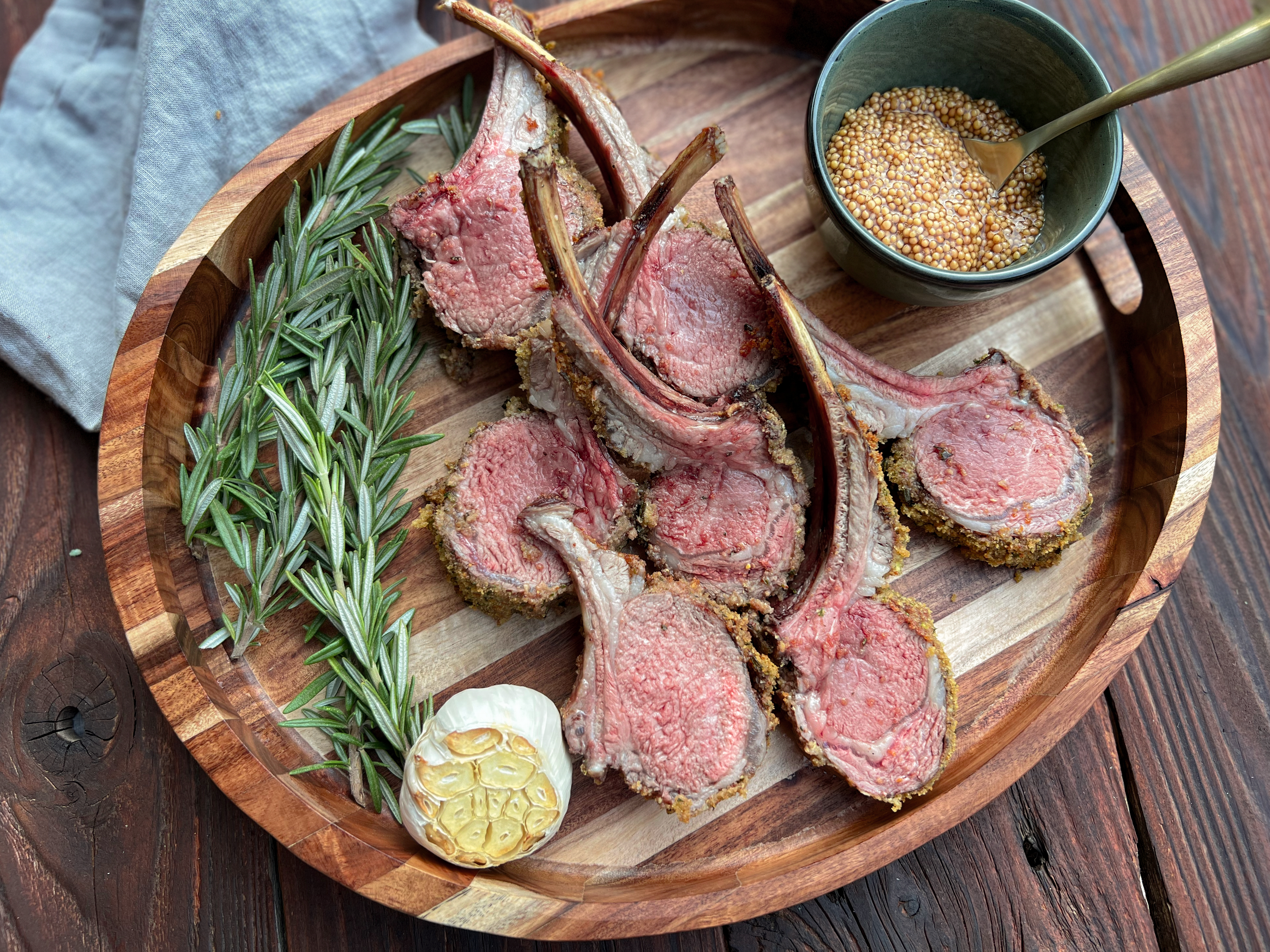