Often used in braises, stews, and the classic taco filling Barbacoa, beef cheeks are a definite low’n’slow cut, requiring a good long cook over a low heat. Sound familiar? Yup, that’s exactly the same premise as a brisket. And much like a brisket, they require proper trimming, you can only find two per steer, and they are pretty much built for smoking. However, unlike a brisket, or nearly any other beef cut that you’d put in a pit, these babies are ready in just five hours! *drops mic* 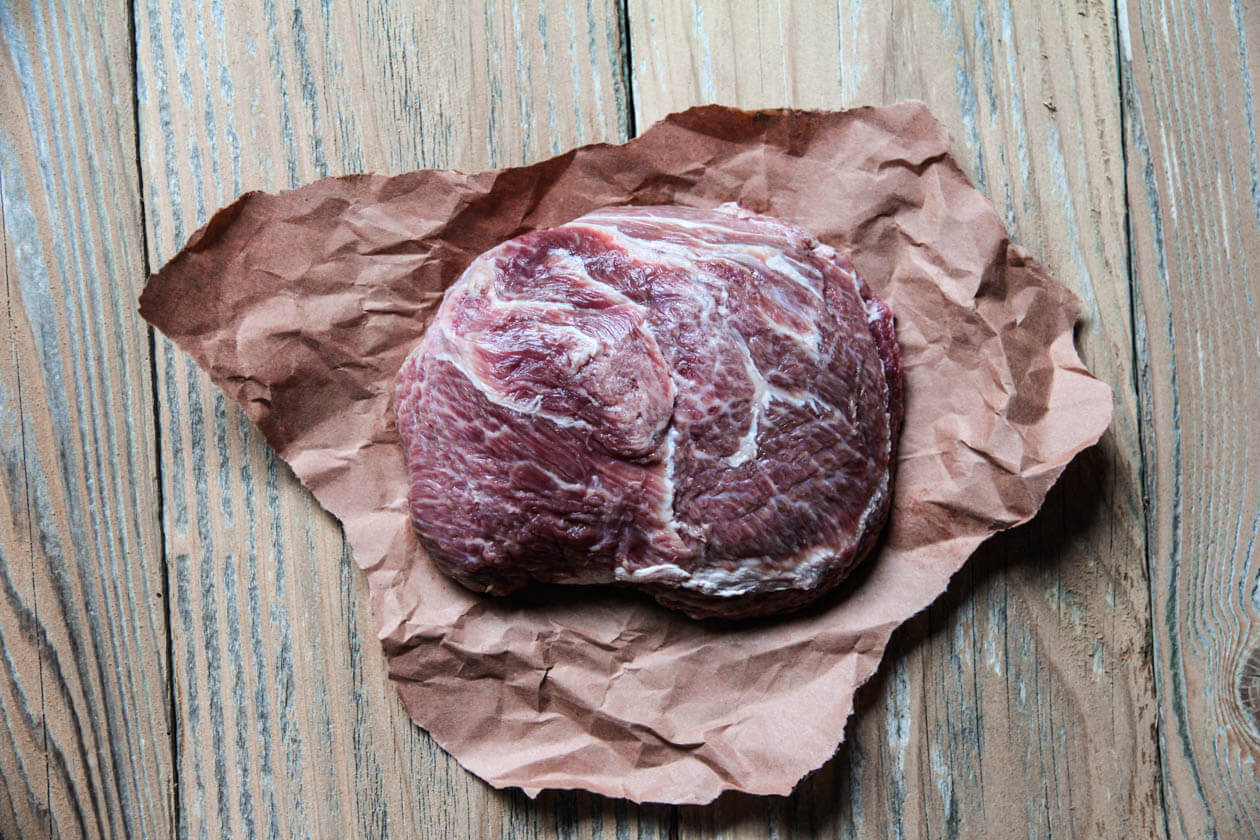 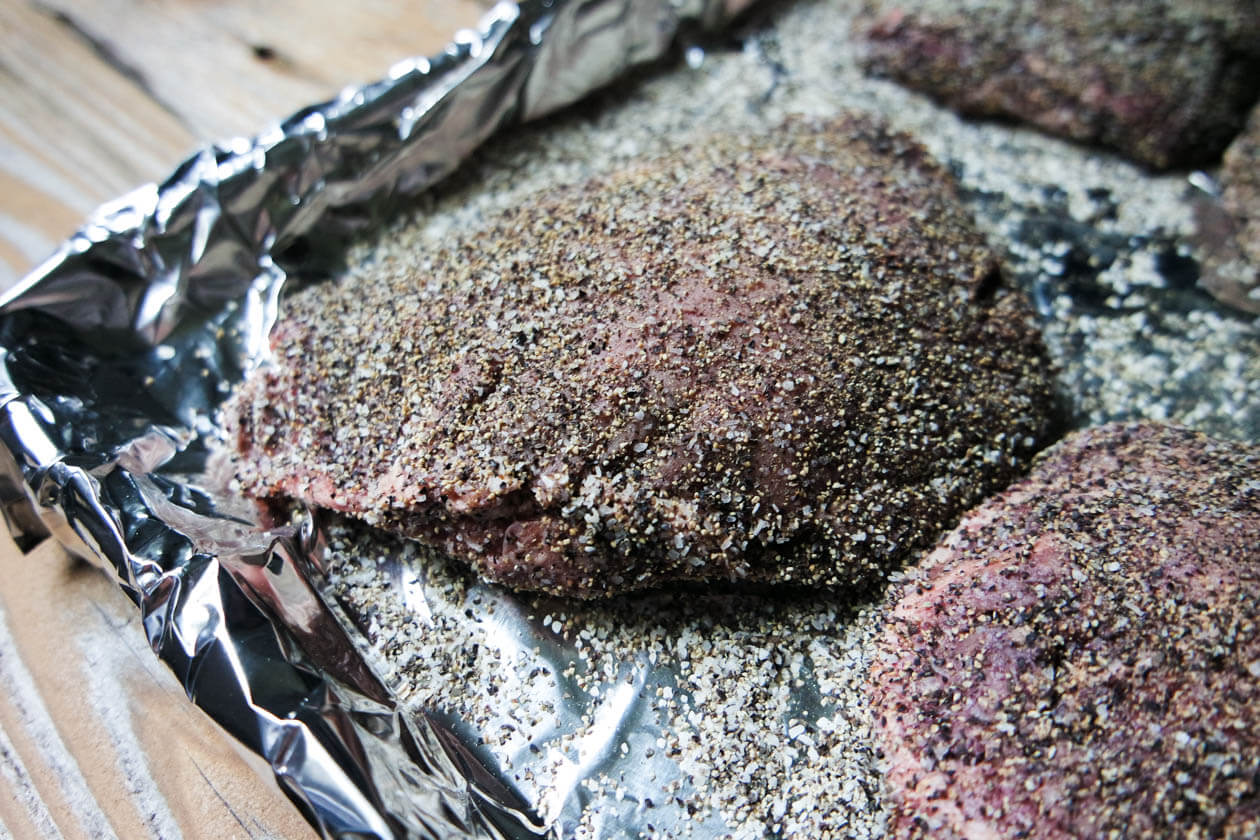 Hearing “cheeks” grosses some people out, because the concept of eating meat from the head (notwithstanding more hardcore carnivores who do headcheese and jowls and other tasty nibbles) is confronting for many people. Many folks assume cheeks are some weird piece of offal, but they are most definitely muscle – just like any cut of steak from anywhere else on the steer.

The real trick is, you either have to know how to trim them, or find a decent purveyor. You can find cheek throughout the Southwest as it’s commonly used in many Hispanic dishes, but often the carnecerias will sell pretty rough versions with lots of tendon and silverskin still attached. The first time I bough vac-sealed cheeks at my local Texas grocery store, I ended up discarding two-thirds of the packet (which was predominately crappy trim), and I can see how this would put some people off. 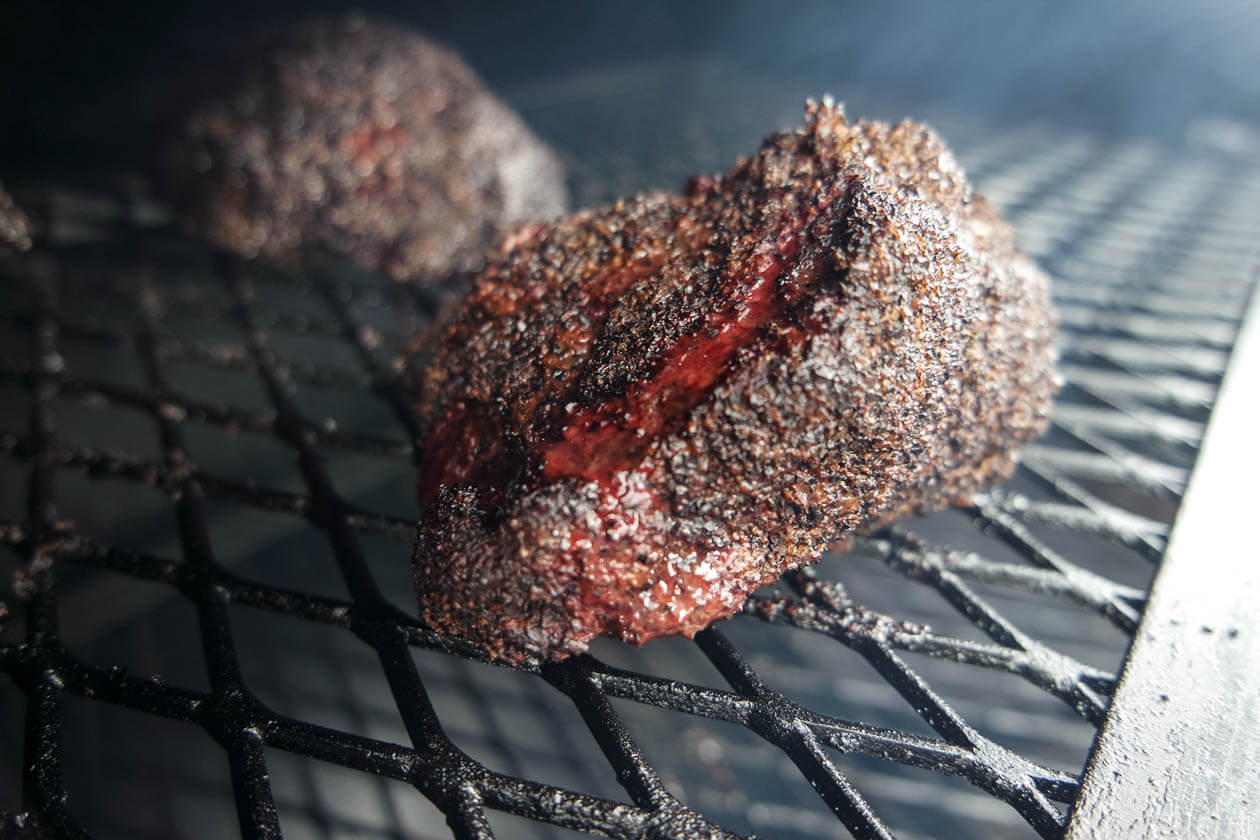 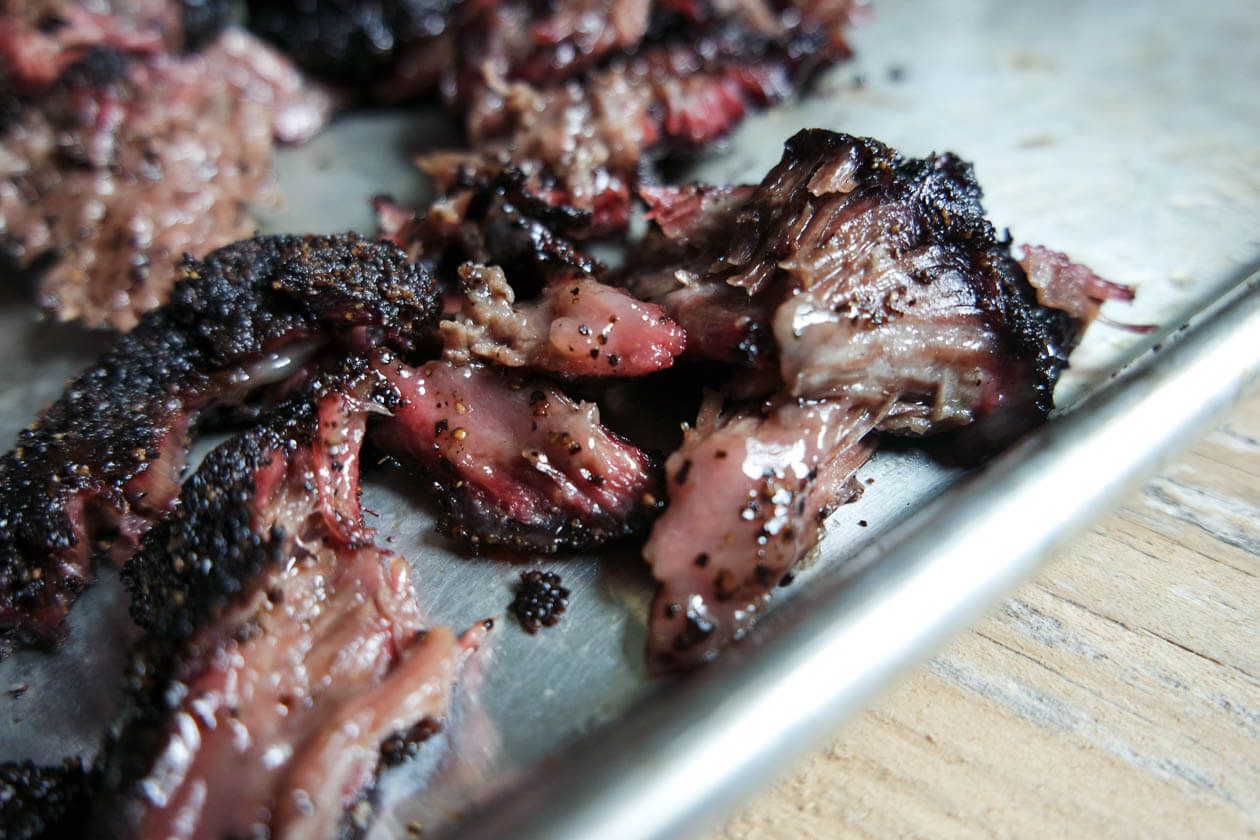 I ended up working with Lone Mountain Wagyu and convinced them to add cheeks to their range, and they now sell beautifully trimmed whole cheeks which you can get here. And as if that wasn’t great enough on it’s own, they’re also 100% fullblood Wagyu which makes them extra luxurious.

It took a few different experimentations until I reached my favorite method for smoking cheeks – and of course the simplest method was the best. I tried wrapping in butchers paper, but the wrapped cheeks actually seized up more than the ones left alone. I tried placing the cheeks in a foil pan with various liquids, but this really just resulted in a braise. I also tried foiling, but found it an unnecessary step.

Here’s all you need to know to perfectly smoke beef cheeks:

A few extra tidbits: I use a Thermoworks Smoke remote thermometer to keep an eye on the internal temperature, cook on a Pitts & Spitts offset smoker, and used post oak for this cook.

And that, my friends, is all there is to it! So although the cooking process really couldn’t be more simple, the taste of the finished product is anything but. 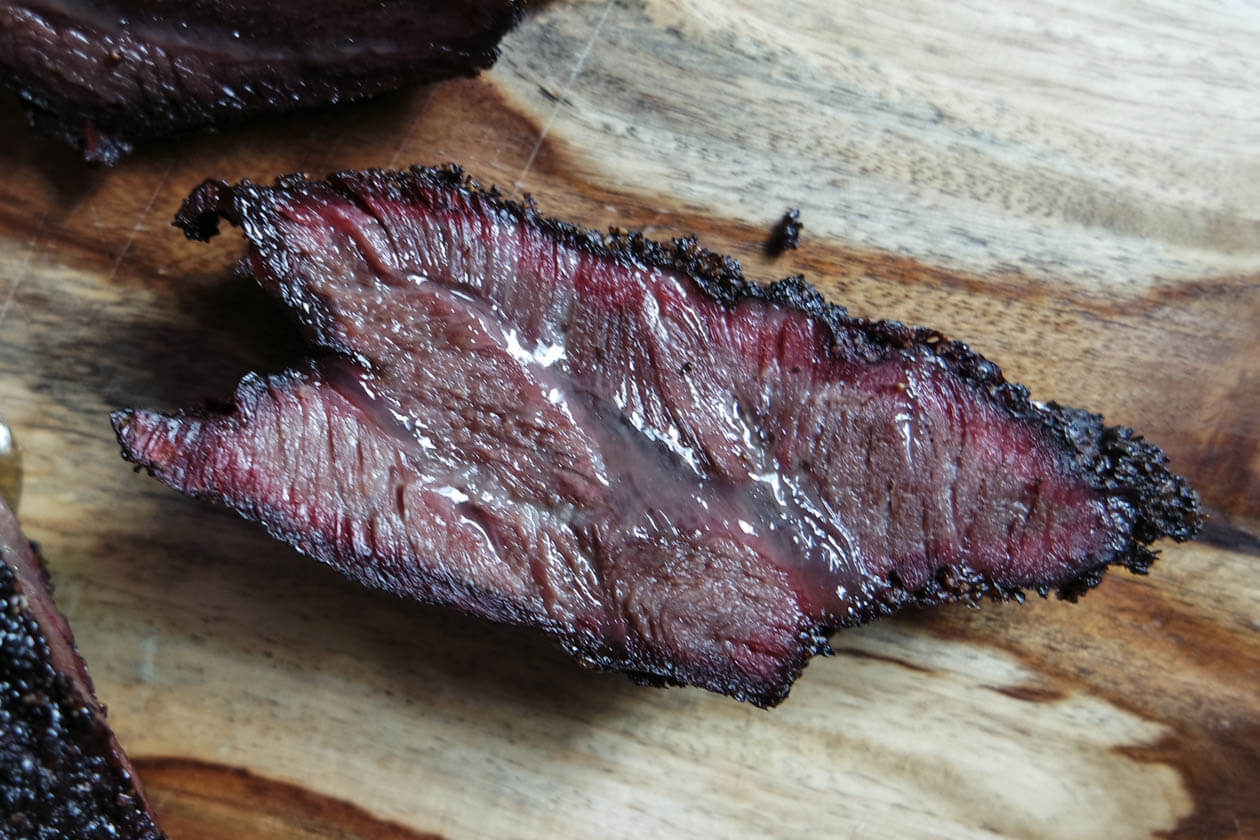 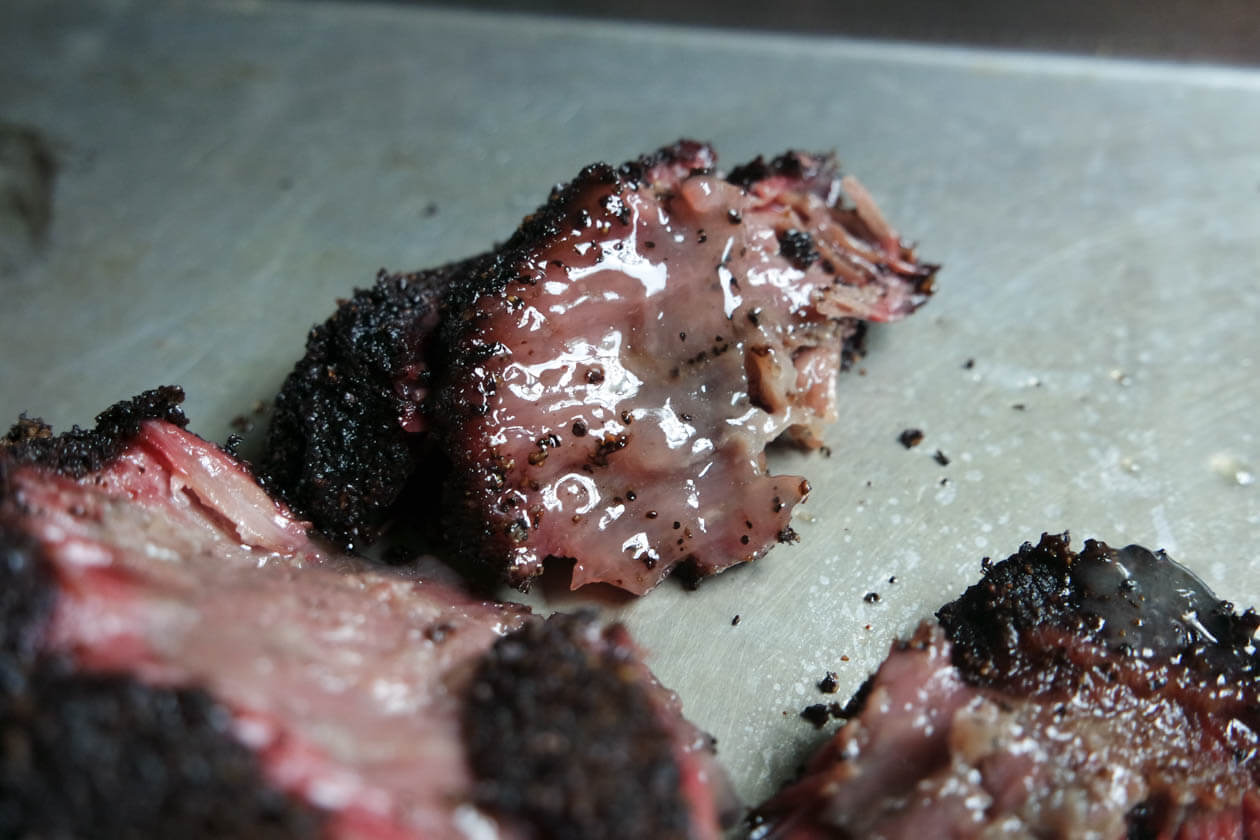 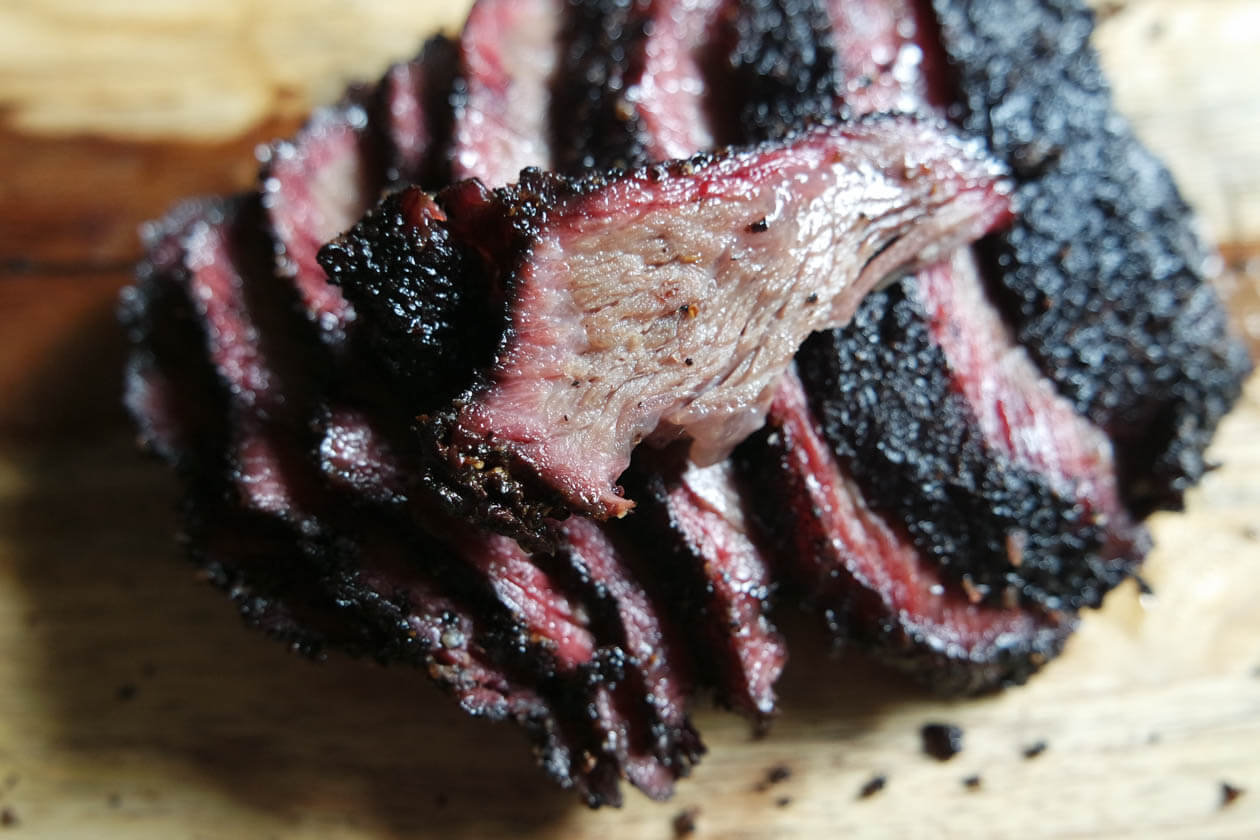 Place the well-seasoned cheeks in a smoker at 275f, and cook for approximately 5 hours until you reach an internal temperature of 210f.

At this temperature, they can be either pulled or sliced.