Meet the beef ribs you can smoke to perfection in just three hours.

Sometimes life is about balance and compromise. Want to take an extra day to have a long weekend? You’ll have to work harder the week prior to make up for it. Don’t want to pay extra for pre-boarding privileges? No problem, but you’ve gotta be ok with sitting at the back of the plane.

That’s kind of my attitude towards beef back ribs. Aka, these guys: 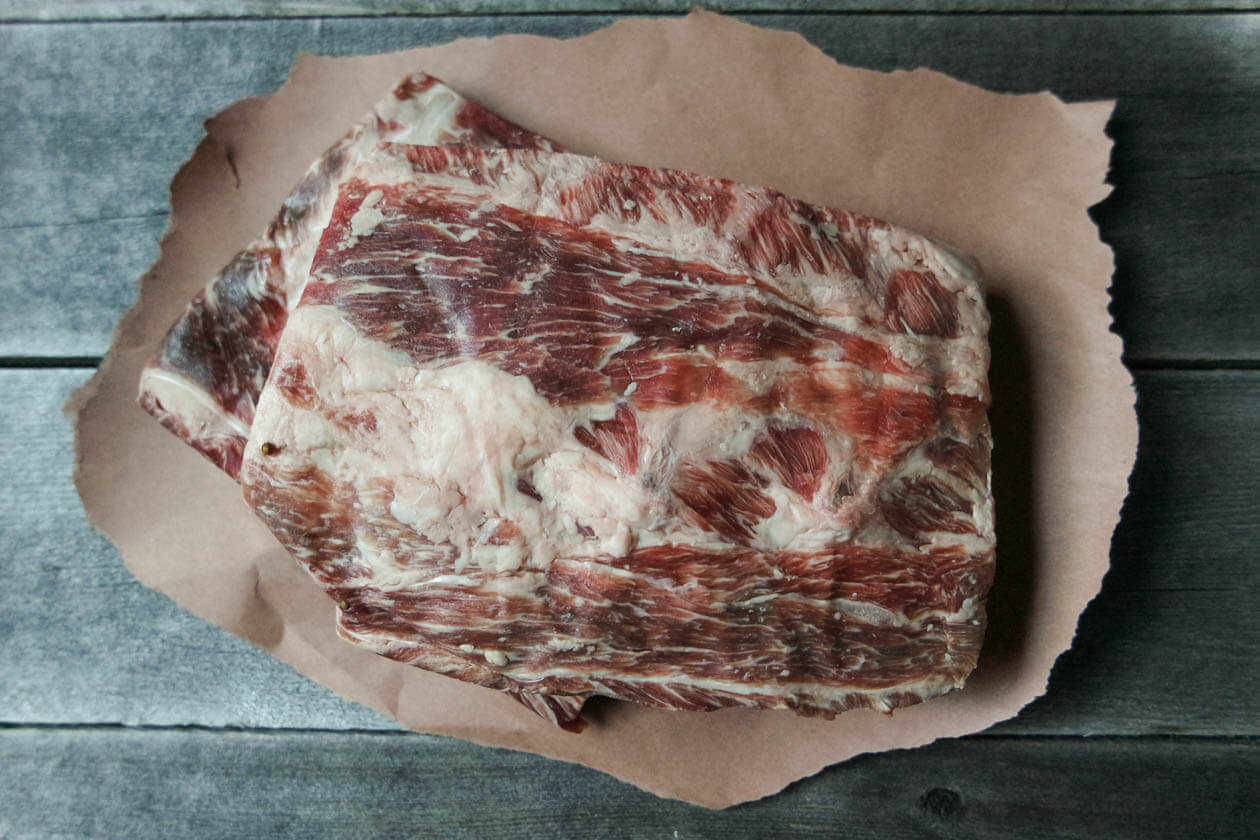 Back ribs are literally the beef version of baby back ribs, that come from the portion of rib closest to the spine, where the curve of the bone can be found. They are less about the meat on them, and more about the meat between them, which are called Intercostals. Incidentally, I challenge you to learn about meat anatomy and not giggle at the gym when you work the same muscles you plan to eat later that night. No? Ok maybe that’s just me and I’m weird. Probably so. Let’s just move on… 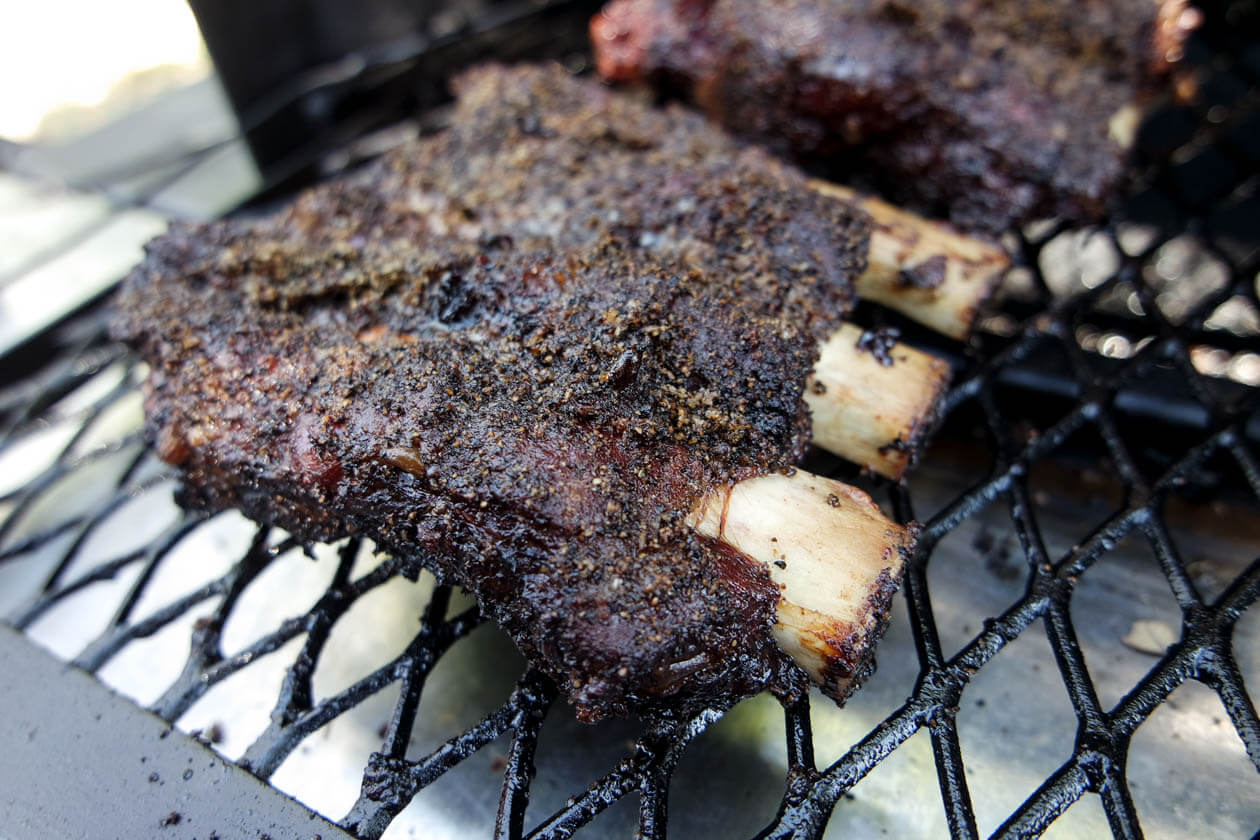 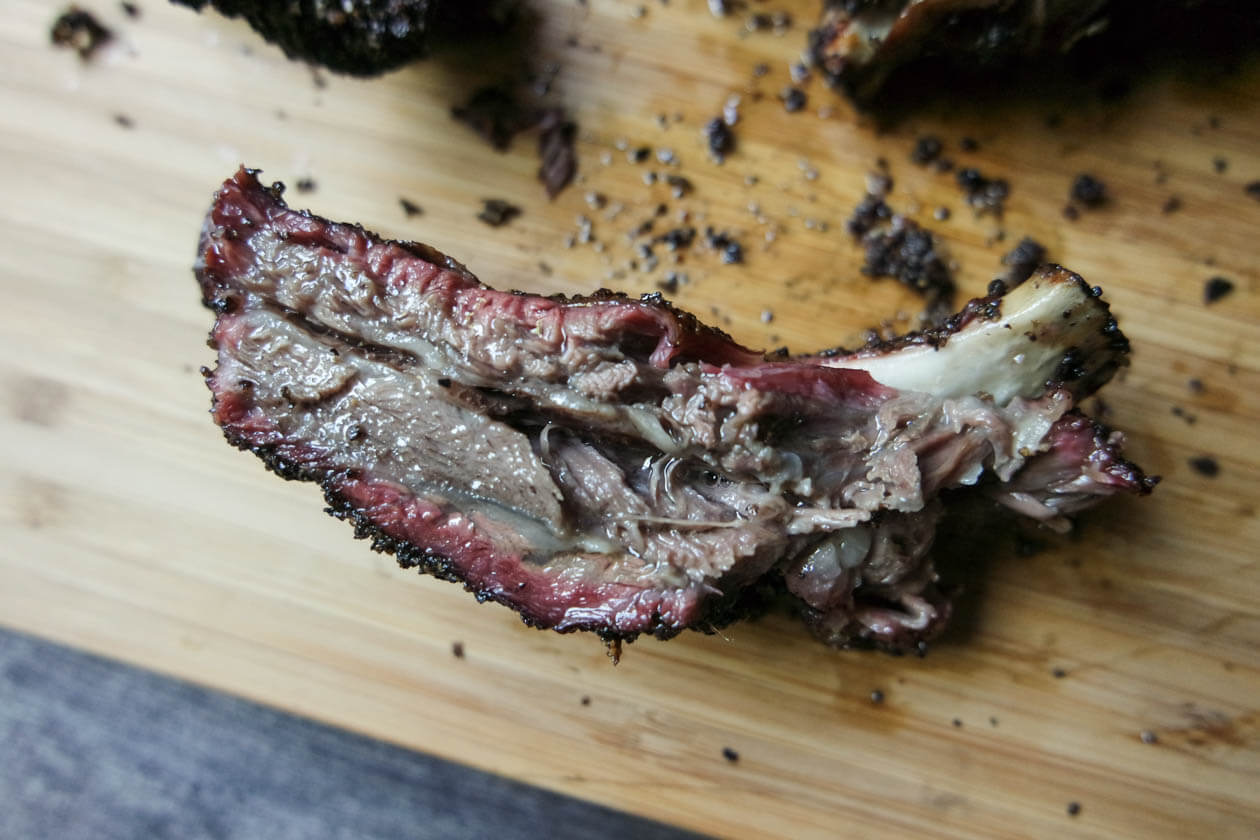 My point is, if you want the taste of barbecued beef rib in about half the cooking time, this is the cut for you, friend! From the time they hit the smoker to the time I pulled them off was three hours on the dot – which is crazy fast. But of course there is a compromise: you’ll have far less meat than you would find on a chuck or plate rib. In fact, some folks may be downright miffed as to how little muscle is actually attached. But I think you need to approach them as you would a pork baby backs – a slightly different experience where you get to do more bone-gnawing due to the size. 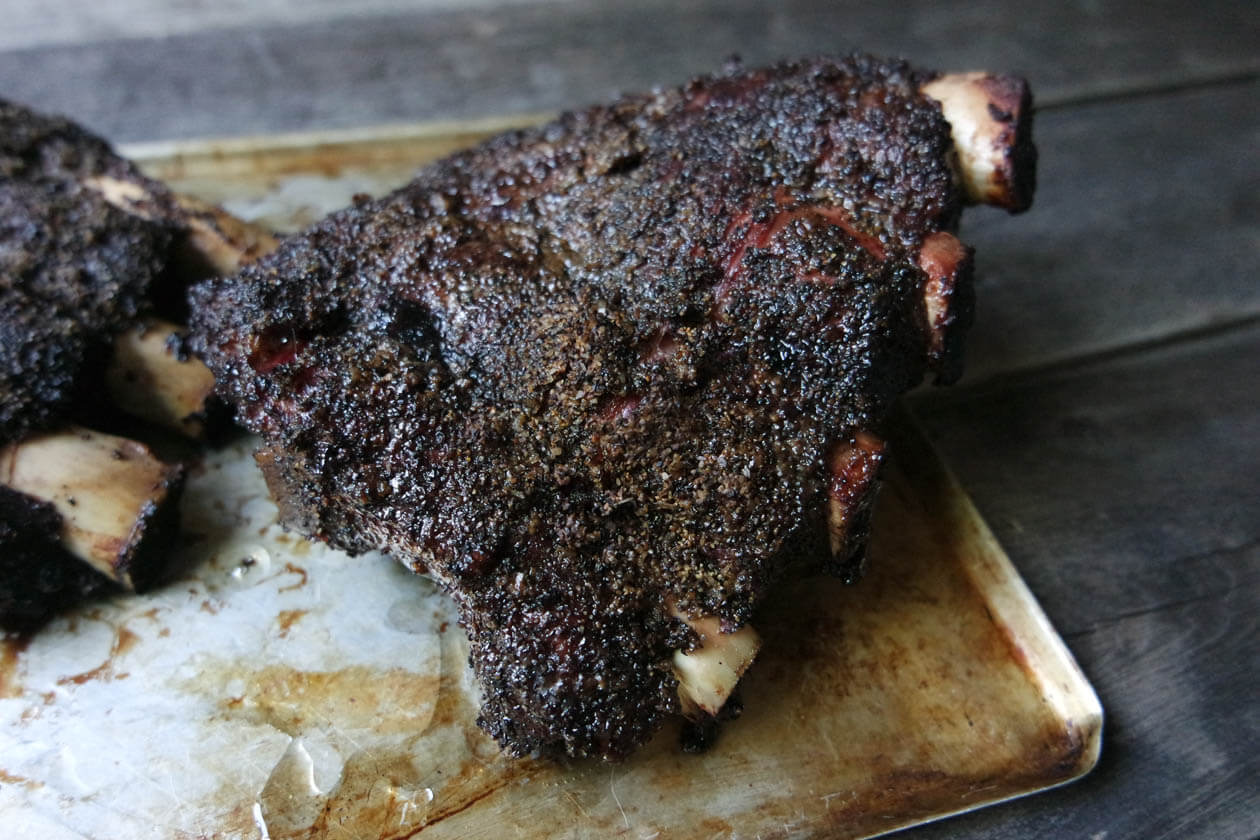 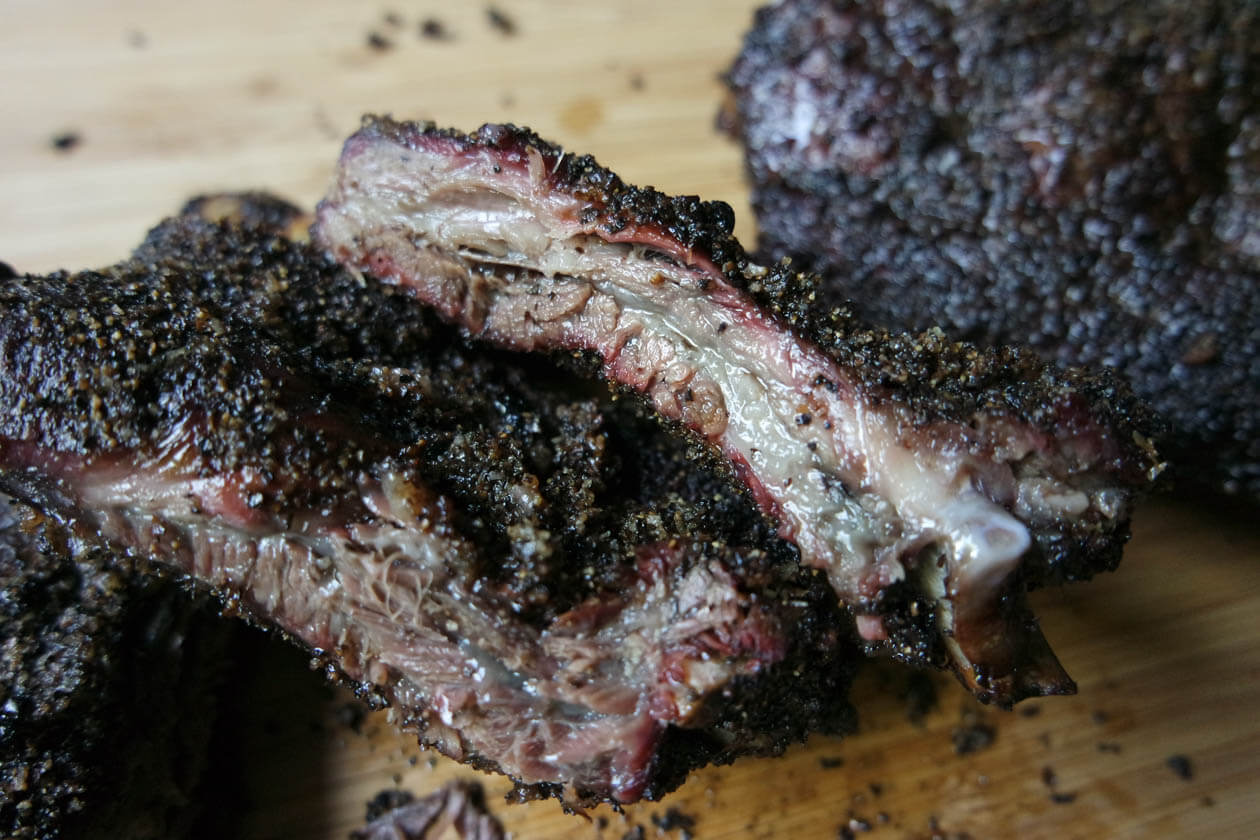