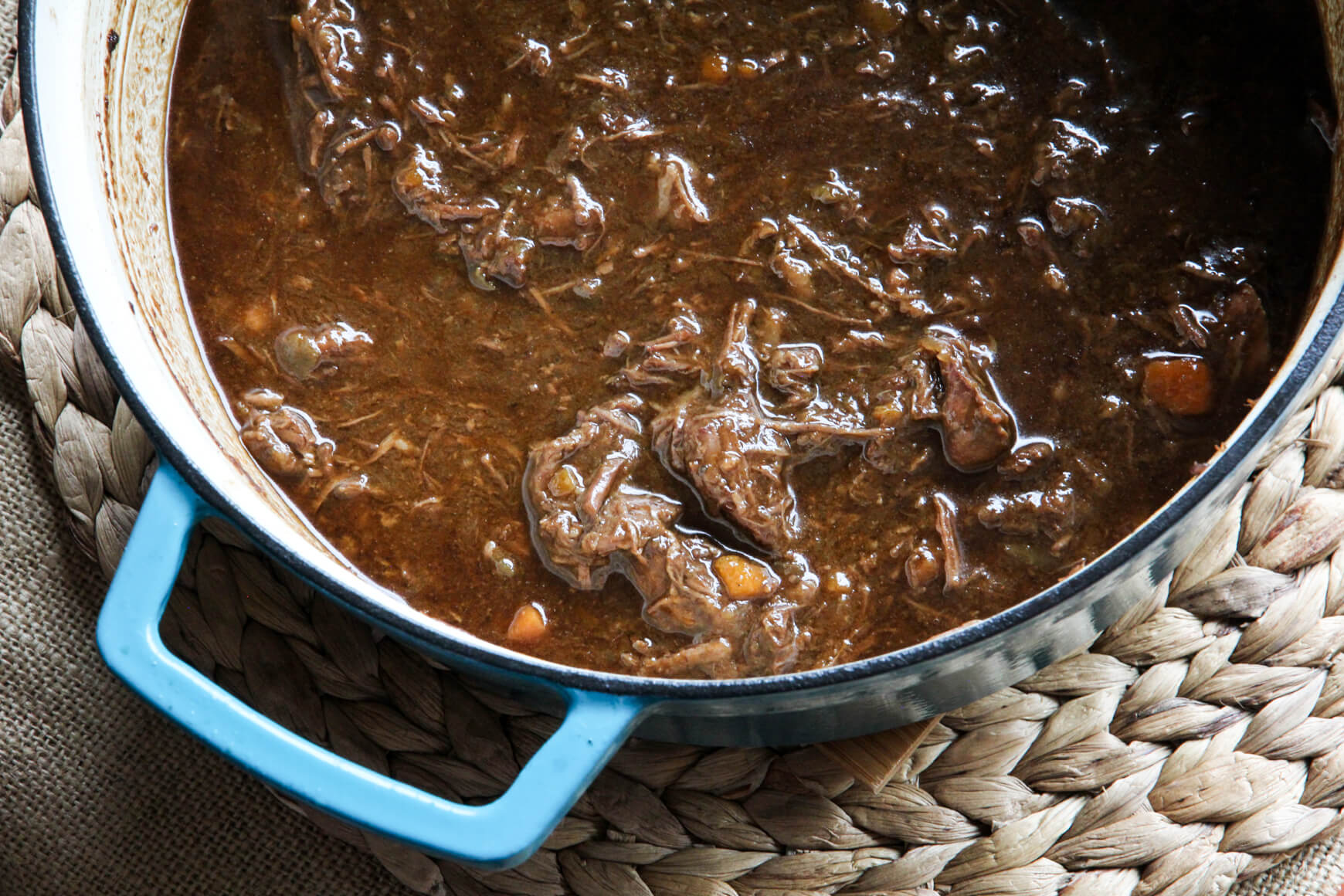 I first tried rice & gravy at the home of Ms Linda Armentor in New Orleans. It’s a traditional Cajun dish, with it’s roots in rural Southern Louisiana, using any kind of cheap meat that requires a slow braise but nowadays more often made with beef and served over that most ubiquitous Louisiana agricultural crop, rice. Ms Linda grew up in Crowley, Louisiana, and learned the recipe from her grandmother, who spoke Cajun French and would prepare rice’n’gravy with butter beans every Sunday. 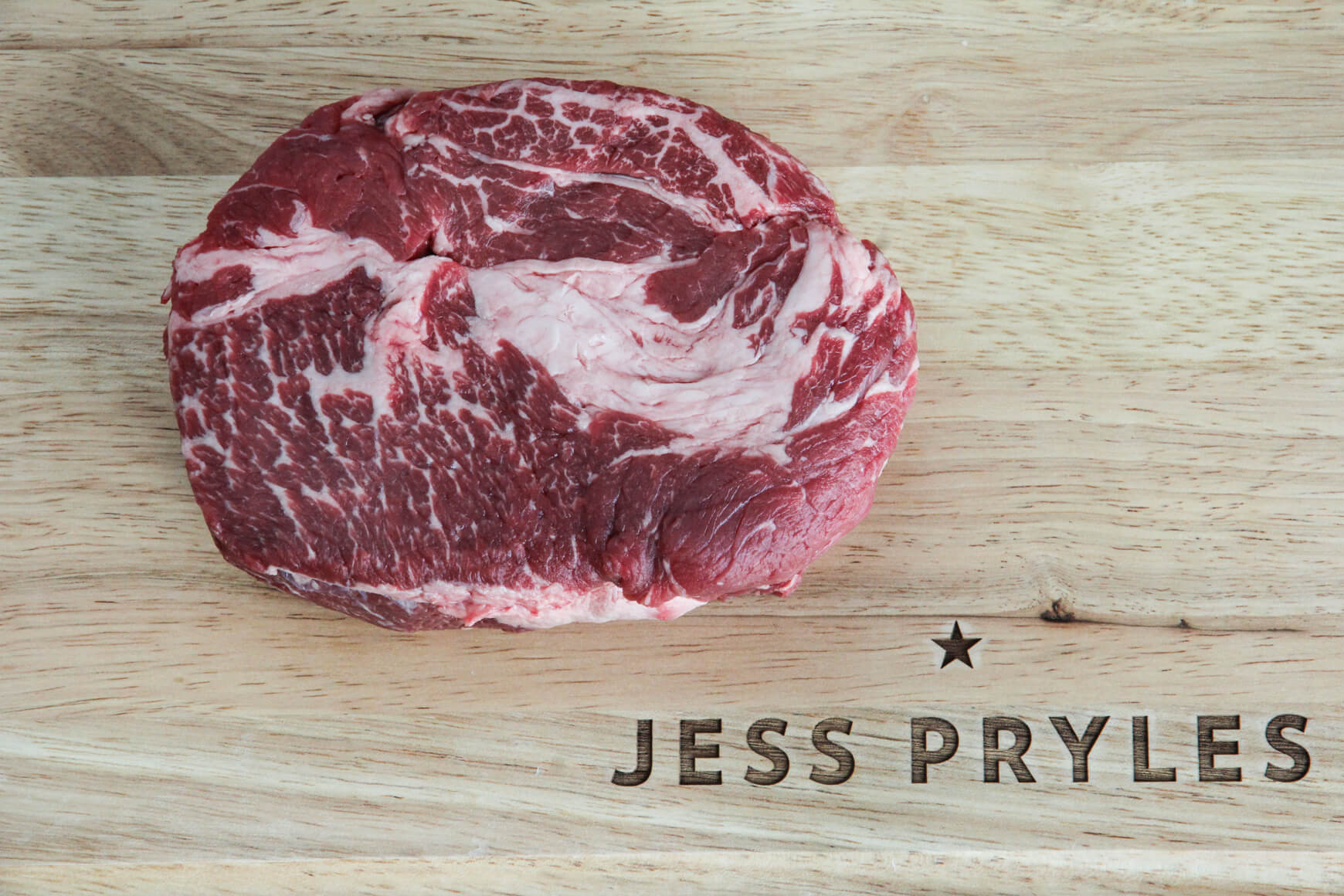 Thankfully, Ms Linda was kind enough to share her heirloom recipe with me and I’m so very glad she did. Her version uses Chuck roast – a less expensive beef cut that comes from the shoulder of the steer and can be tough, but is wonderfully rich when cooked slowly and broken down. The real secret to this recipe is a rich, dark roux. Learn how to make one here.

Although the tradition is to serve this gravy over rice, heaping a generous amount into french bread with some tart green tomatoes and creole mustard makes for a heck of a debris poboy. 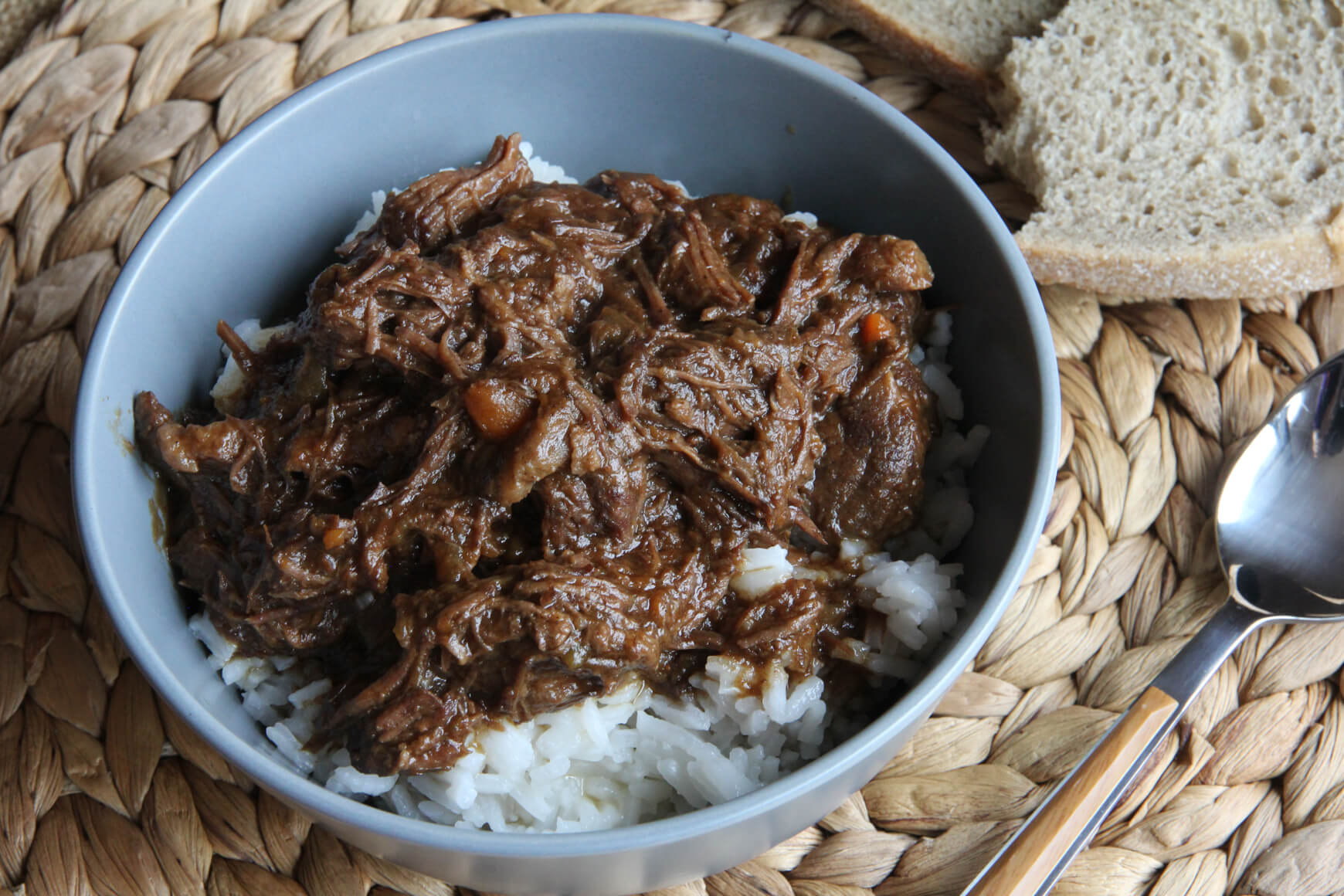