Venison is often maligned for being extremely lean, and therefore dry. I believe that, with proper preparation and cooking methods, venison can be lifted to glorious heights. I’m pretty sure I proved that with my smoked & braised shanks recipe.

Similarly, since I’m fortunate enough to harvest my own venison, I get a choice in how it’s broken down. I’ve become a fan of turning any reasonably chunky bits into chunks/cubes/dice rather than small steaks or ground meat. The diced cubes make a great toothsome option for stews and braises. When cooked long enough, they turn into tender and yielding bites of venison goodness. 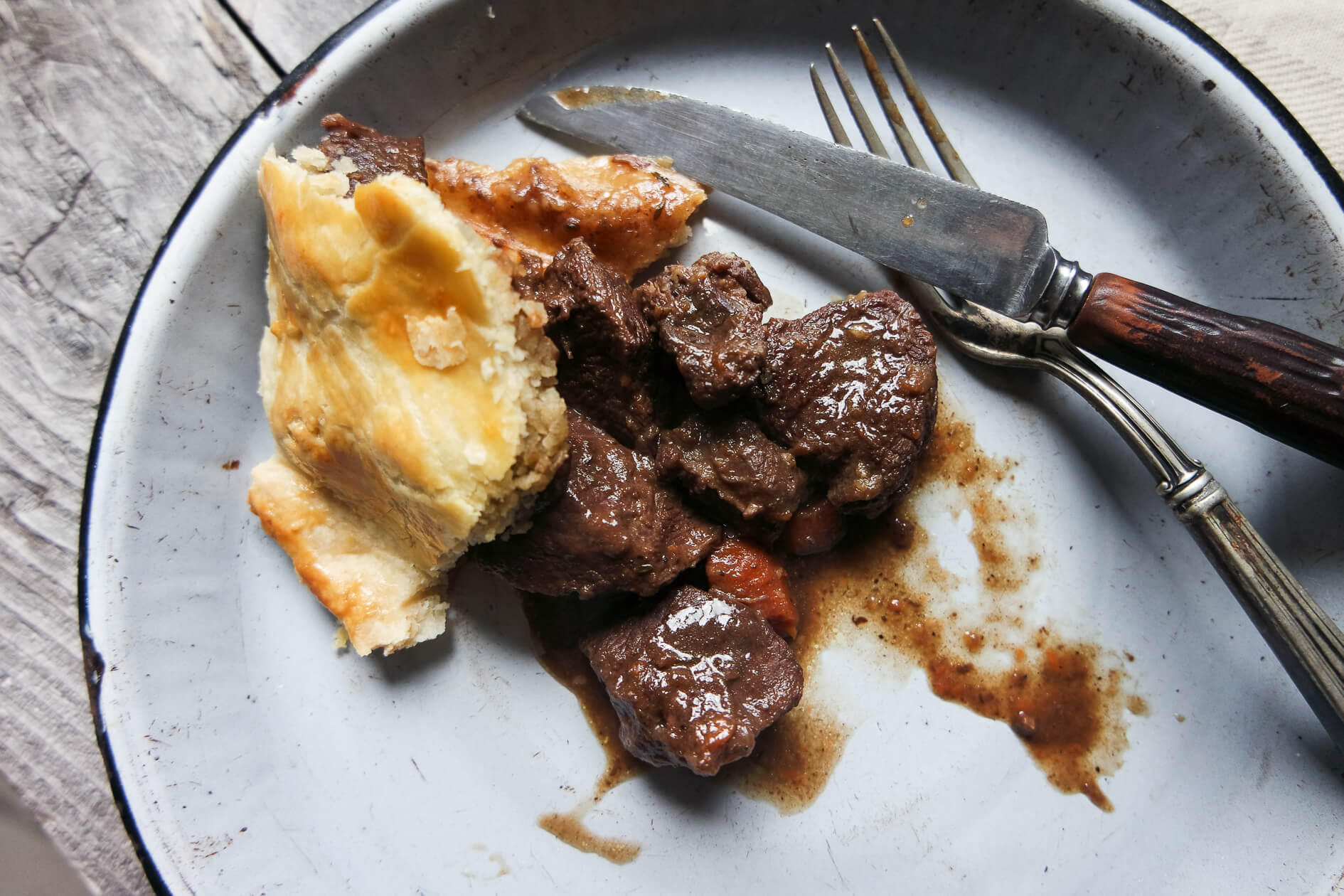 Which brings us to this rich pot pie. As usual, you can substitute the venison in this dish for beef or lamb. Just do a straight swap for any diced meats. What makes this pie particularly delicious is the rich gravy that cradles the venison. The layers of flavor are built from reduced red wine and the addition of a secret umami ingredient – porcini powder. It’s an optional addition, but definitely brings an added depth.

You can further customize this dish with the pastry lid. Depending on your preference, go with either a pie crust or a flaky seal of puff pastry. Pie crust is going to be denser and crumblier, and puff will be light but still rich with butter. Mmmm…butter… I used a homemade pie crust for the pie you see in the pictures, but pre-made frozen crusts work fine too, and that’s what I’ve included in the recipe.

Instead of one large casserole dish, consider splitting the recipe into several ramekins to make individual servings. Simply shorten the oven time slightly to account for the smaller pastry discs. 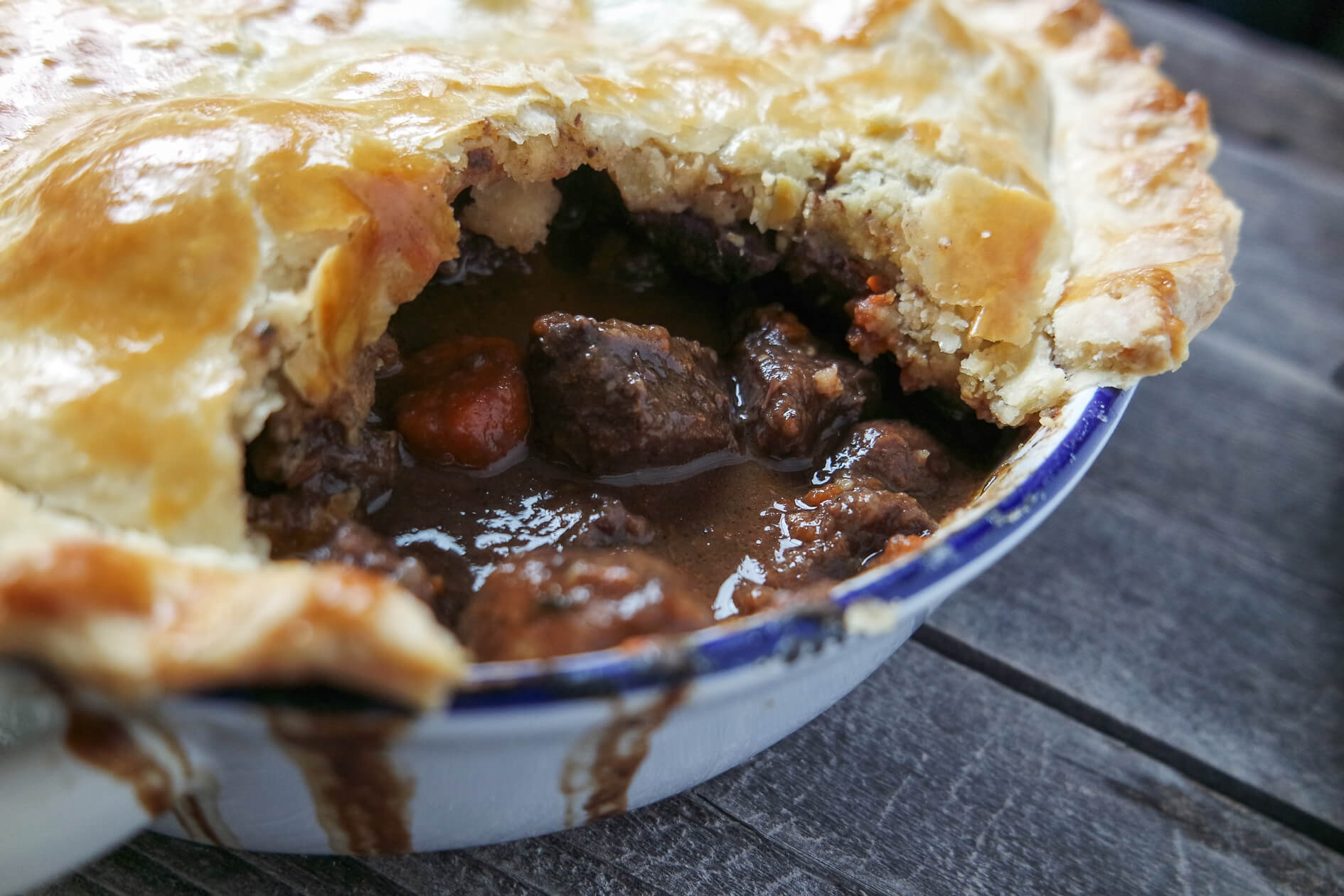 You can use venison stock instead of beef stock for this recipe. Make your own using this recipe.