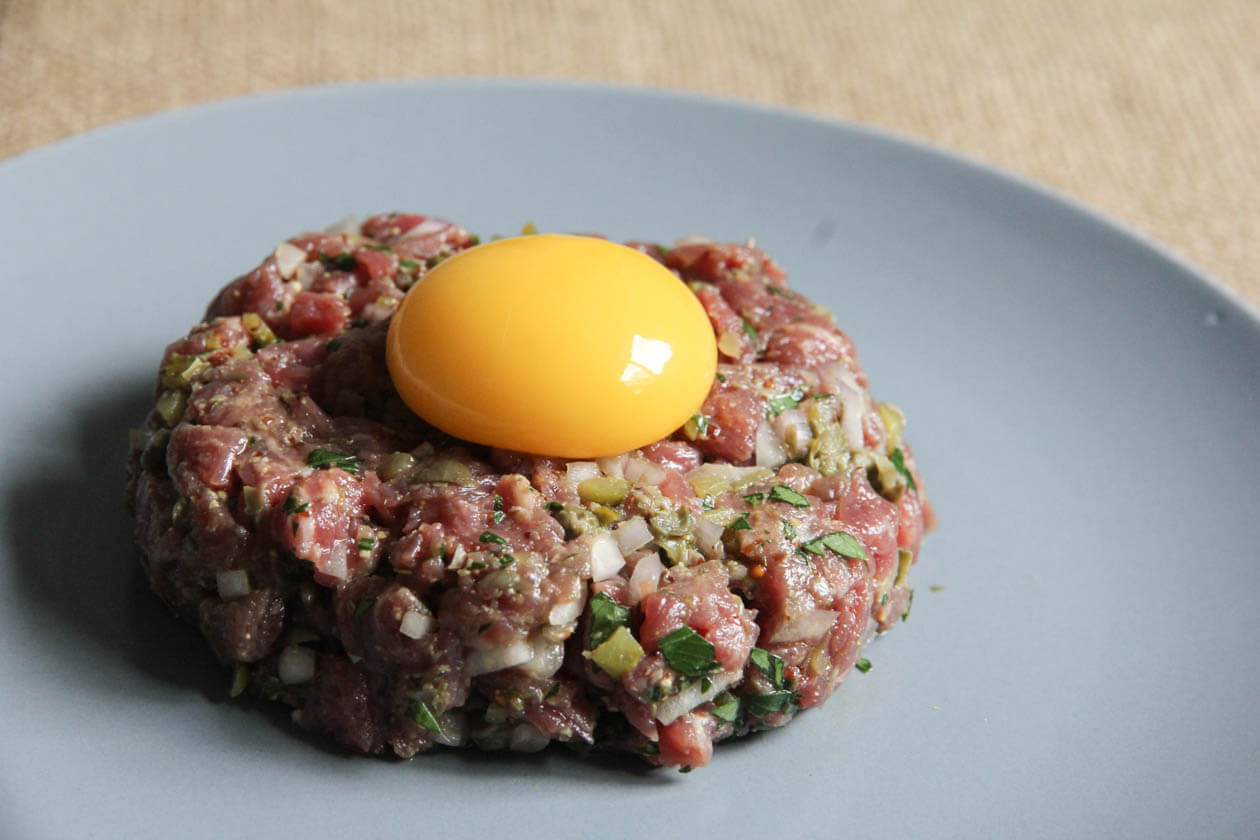 Tenderloin, Filet Mignon, Eye Filet… whatever you call it in your neck of the woods, it’s considered the king of all steaks, and is the most expensive cut per pound you can get from a steer. True beef fans will tell you that a ribeye dominates a filet any day of the week in terms of flavor, but its undeniable that the tenderloin, used more for posture rather than locomotion and is not subjected to as much work as other muscles, is the most tender cut available. 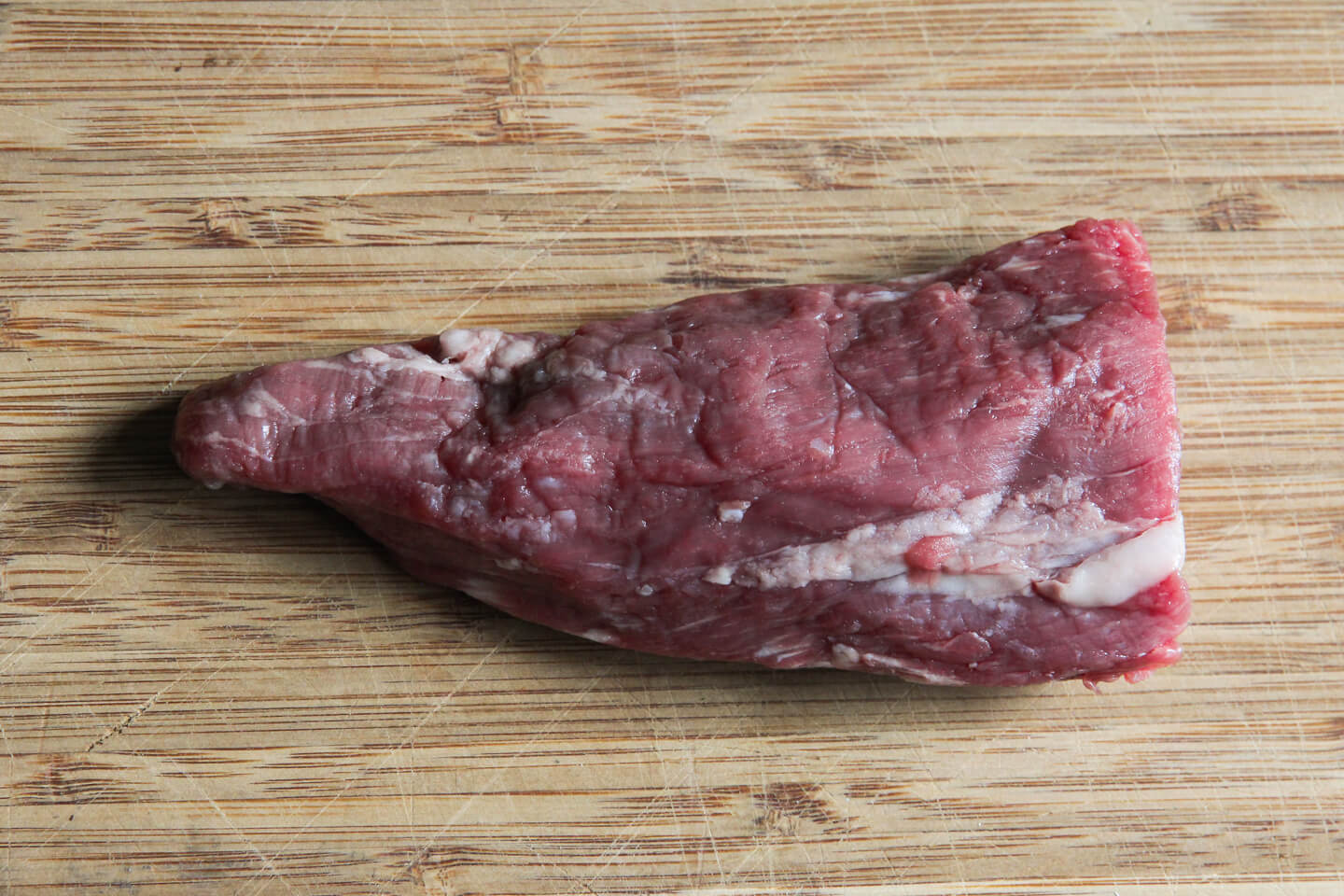 What you may not realise, is that this muscle doesn’t come as a perfectly even tube waiting to be cut into 4″ wide steaks. It actually tapers right off at one end, kind of like a really long, extended cone shape. Rather than let this true money muscle end up in grind, many grocery stores and butcher shops with collect the tails/tips of the tenderloin and then bundle them together, sometimes held together with meat glue, sometimes wrapped in bacon, to form mini-Frankenstein filets for sale.

Other times, that butcher or grocery store will be super cool, and sell the tips on their own at a cheaper price than their full-sized counterparts. This is, in fact, an excellent opportunity to grab a bargain and make yourself a decadent steak tartare.

Yes, steak tartare is actually just chunks of raw meat with a few other delectable flavorings, which is why the quality and freshness of the meat you use matters. Often, Tartare is made using leaner cuts like Top Round or sirloin steak. Usually, it’s something you’d only want to eat in very reputable restaurants, and you really want to be cautious when making it at home. IE, don’t use that sorta greyish strip steak in your fridge that you forgot to cook last weekend… Technically speaking, when any whole muscle meat is not cooked through or seared on the outside to kill off any pathogens, the risk of illness if consumed is always present, but the risk can at least be diminished by being selective about who you purchase from. So, someone with better food handling safety practices and standards will be less likely to make you sick than, say, buying meat that was stolen from the local grocery store and held unrefrigerated for an indeterminate amount of time before being re-sold (and yes, this was an actual thing that happened for a while in Austin!). So consider that my FDA-mandated consumer warning.

Moving past the brief lesson in meat science and food safety, the point is when you do you procure and use beautiful, fresh, quality meat, steak tartare is real thing of beauty. 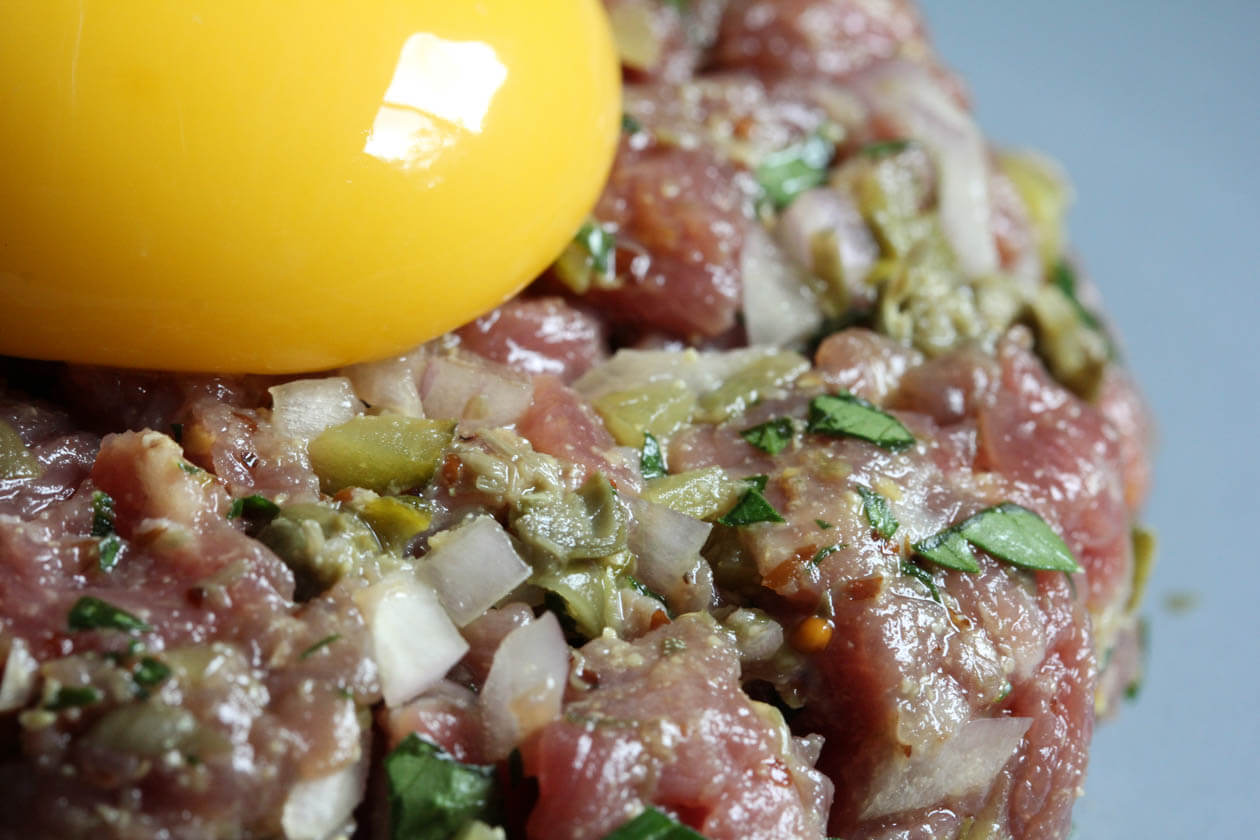 You can eat this just as is or serve with more traditional toast points.