The crowning glory of any Texas BBQ platter is a beef rib big enough to make a Flintstone jealous. Here’s how to make smoked BBQ beef ribs, Texas style.

Though a relatively modern item compared to brisket and smoked sausage, there’s no doubt the beef rib is one of the most sought after menu offerings when it comes to barbecue. Smoked BBQ beef ribs are indeed a thing of beauty. A crust of impossibly dark bark. The vivid scarlet smoked ring. Beefy strands of tender rib meat.

Of course, to make sure they are as good as described, you need to cook them right. More importantly, you need to start with the right raw ingredient. 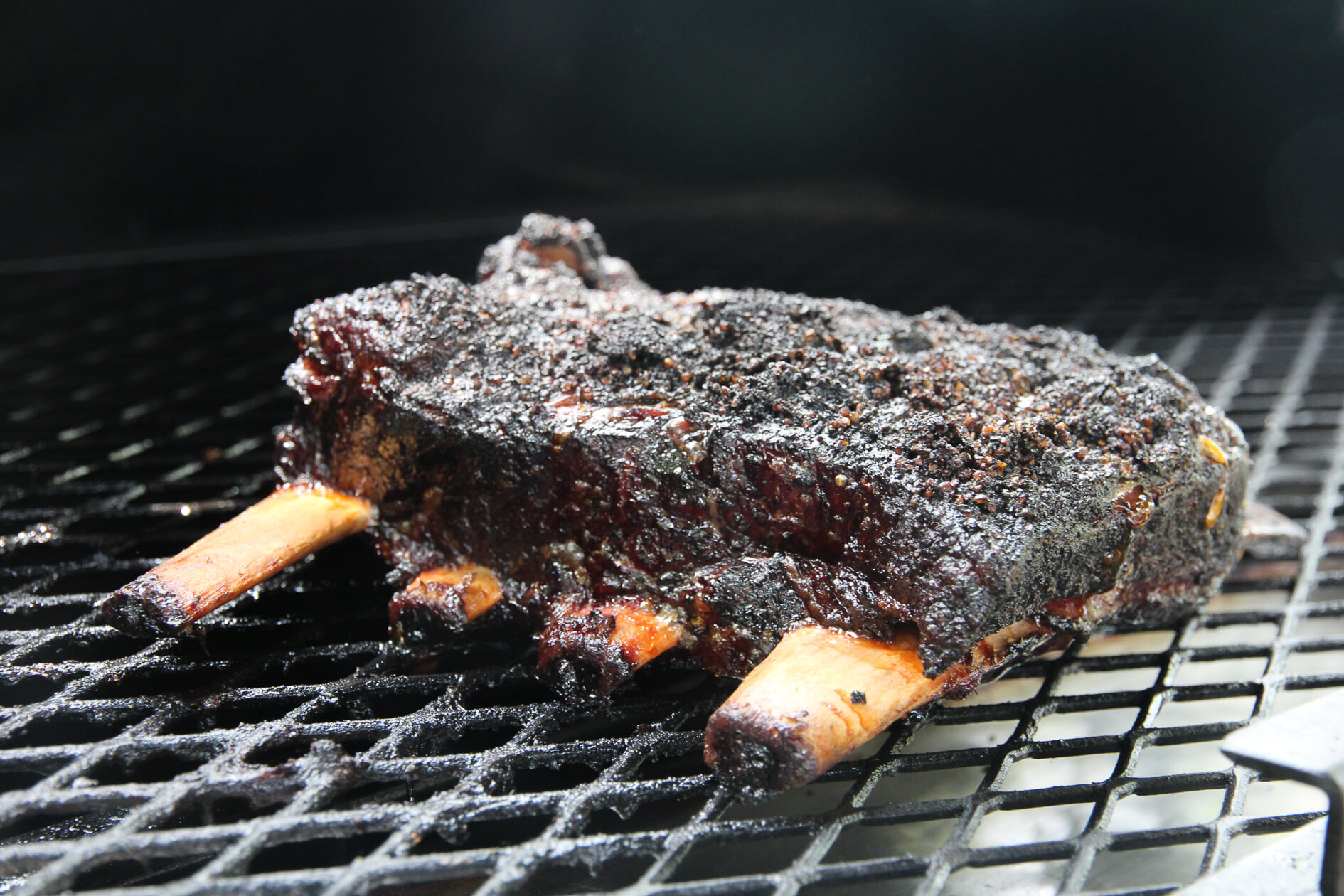 This is where a lot of folks make their first mistake. There are three main types of beef ribs you can smoke. Don’t get caught out – boneless short ribs are not the right cut, neither are bone in short ribs for that matter. They are simply too small to have any decent meat left after the cooking process. If you have accidentally bought short ribs, try this recipe instead.

Beef ribs are tricky, because there’s no universal specification for where or how they should be cut. Meaning, some processors will cut them longer than others. And other butchers will cut them shorter. And some will take the cap off. And others will leave it. It can be a little confusing. Here’s what you need to know: 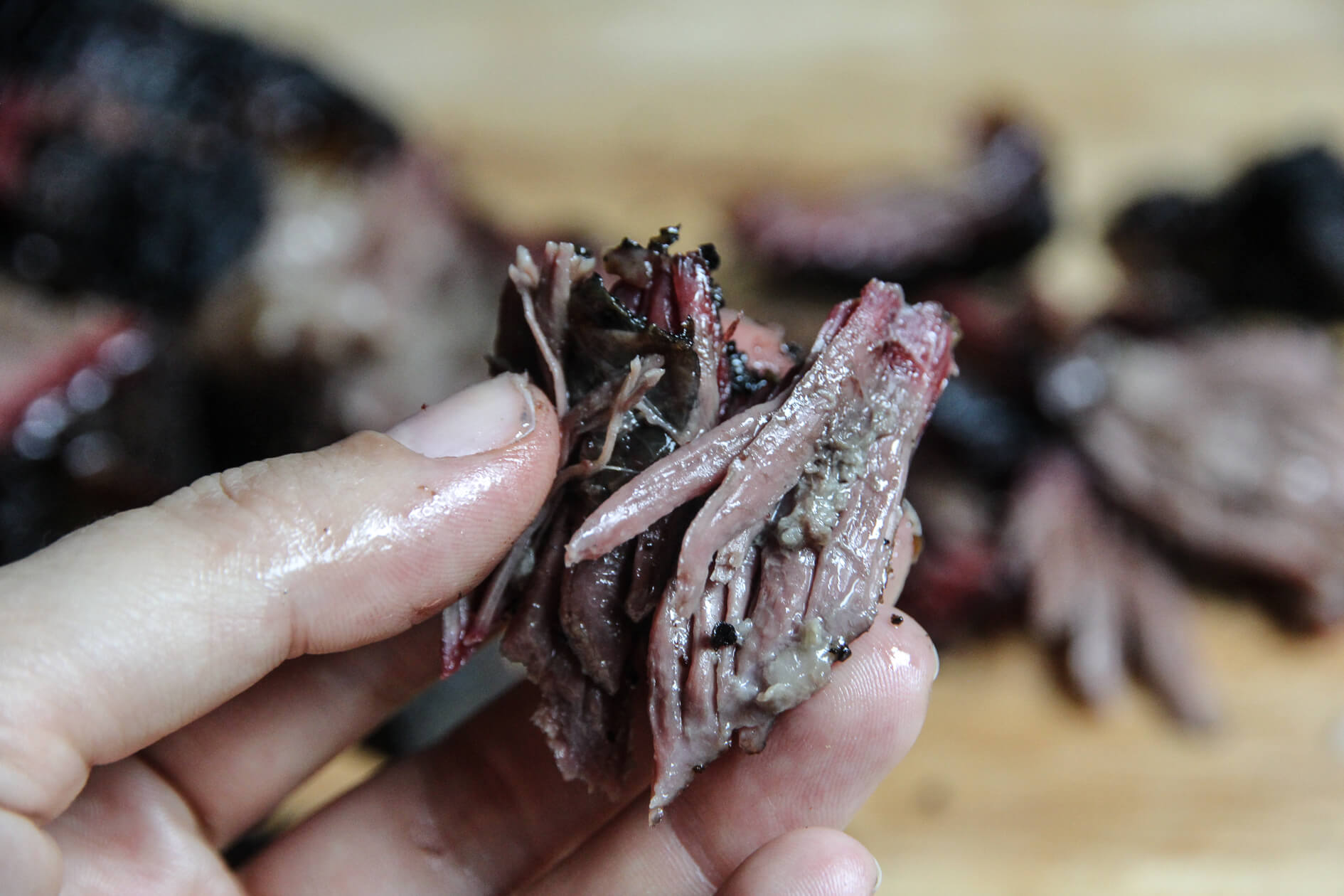 Trimming is another area where the answer is variable. It’s basically an “it depends” zone. Back and chuck ribs are usually ready to go out of the package, and don’t require any further trimming. Sometimes, though, chuck and plate ribs will come with a cap still attached. So when you look at the rack from the side, they will appear to have meat, then a fat layer, then another very thin meat layer, then more fat. The thin meat layer is the cap that needs removing, as it also contains silverskin that wont break down during cooking. Good news though – unlike pork ribs, beef ribs do not require you to remove the membrane off the back of the bone. In fact, you should leave it on! Otherwise, the meat may fall off the bone during cooking.

And so, to seasoning. To stay true to tradition, BBQ beef ribs are seasoned only with coarse pepper and kosher salt. Usually in a 3:1 ratio. But, who really cares for tradition anyhow!? A lot of folks add a little garlic powder into their salt mix. I personally always use Hardcore Carnivore Black seasoning as it gives me a head start on the bark, too. If you’re feeling really experimental, you can play around with a mustard slather to adhere your seasoning to the meat. 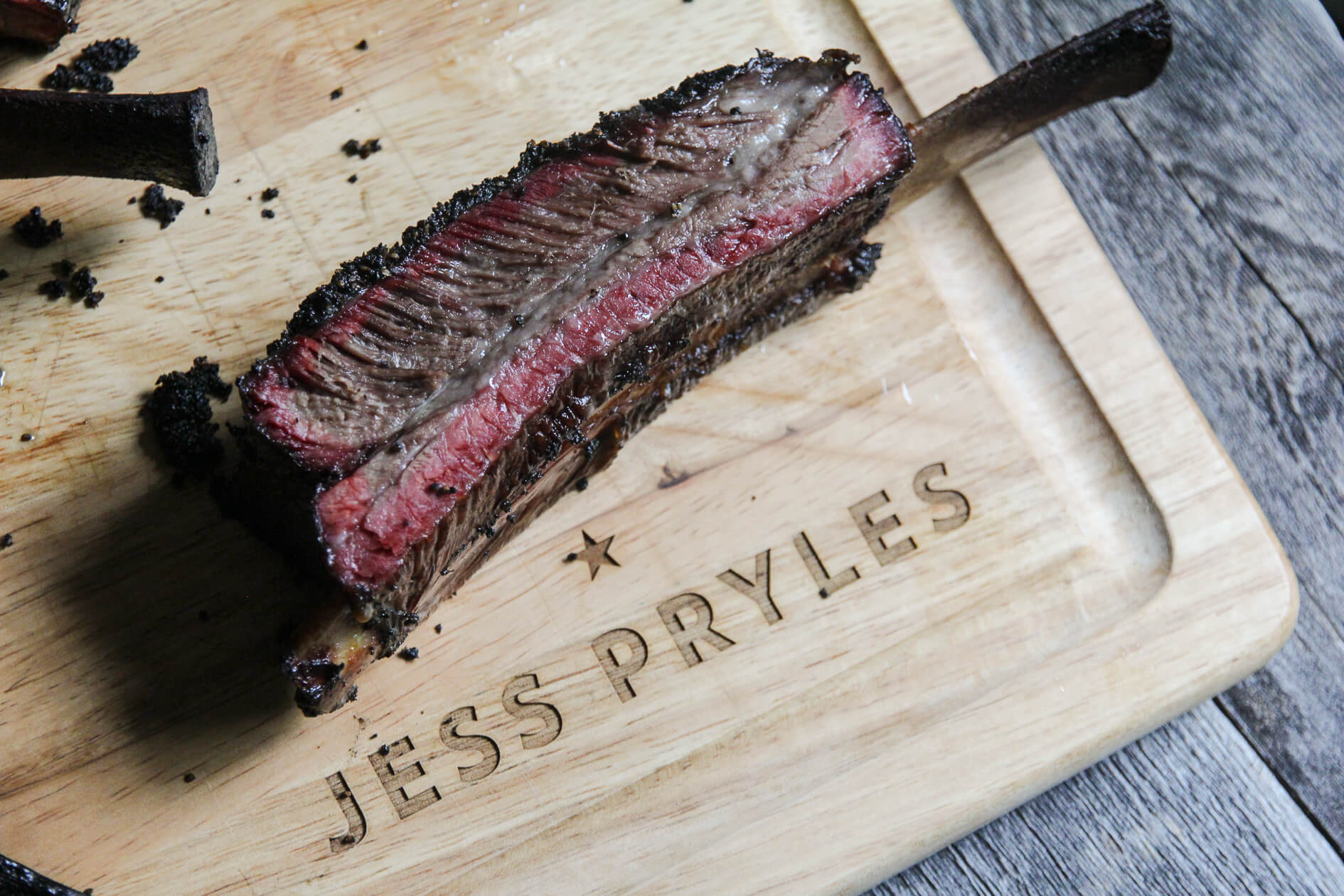 How to smoke beef ribs:

This is actually the least complicated part. I cook on an offset smoker and run it at about 300f for beef ribs. They can definitely take the higher heat. Then, I cook them until them temp somewhere between 206 and 210f. I use a Thermapen to check internal temperatures and a Smoke to monitor the pit temperature. For a 4.5lb rack of chuck ribs, that will be about 6 hours.  When it comes to smoking, though, you are cooking to feel and temperature, not time. As with most barbecue, you’ll think it’s ready before it actually is. While 80% of the rib plate will probe tender, there will be those last few spots that have a little resistance when probed. Keep cooking, and wait until the whole thing has the same consistency as warm butter. It’ll be well worth the extra time.

After they come off the smoker, I wrap my beef ribs in peach paper (because it’s porous and wont ruin the bark you worked so hard to create). I then place them in a good quality cooler to rest for an hour before serving. Yes – the quality of the cooler matters because the better insulated they are, they will actually keep cooking the protein a little longer, which affects the final texture.

Those are the basic principles, and here’s the full recipe: