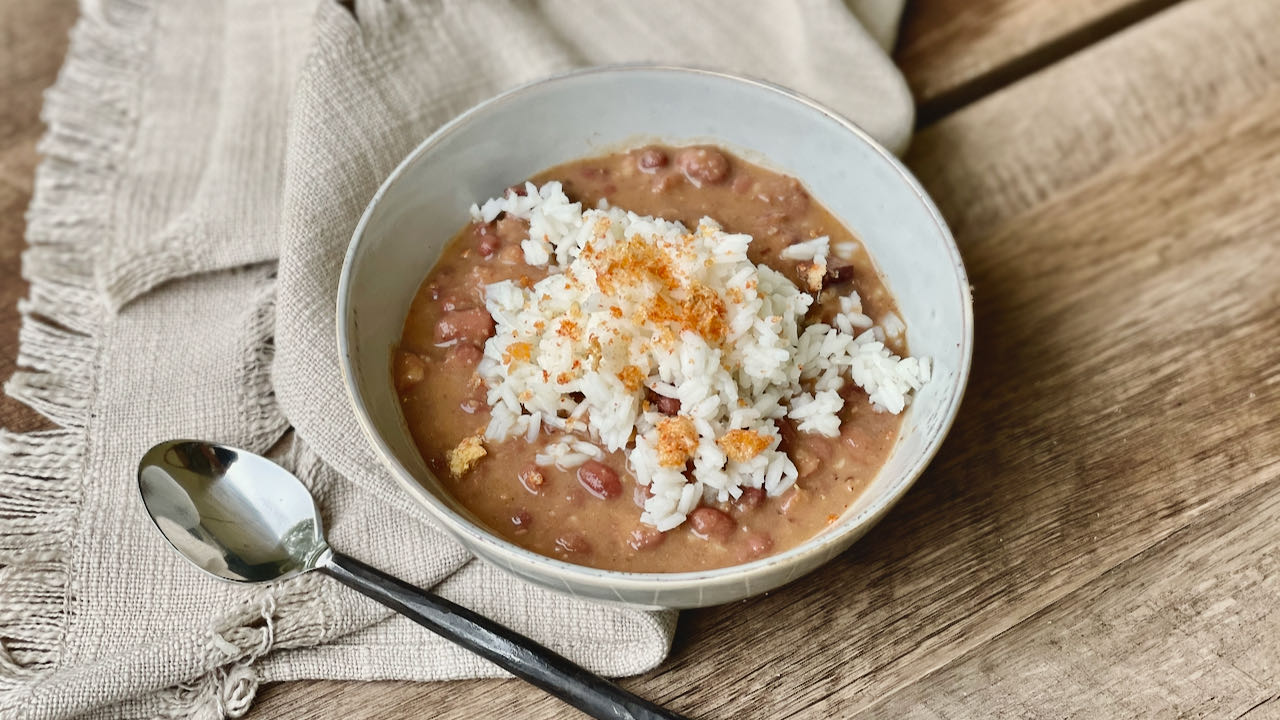 Work smarter and use your leftover ham bones to create this flavorful New Orleans classic.

Red beans and rice is a traditional New Orleans dish which is typically served on a Monday. This seemingly random day actually has two logical reasons behind it – first, Sunday was laundry day so there would be lots of time to soak the beans before cooking. Second, grand meaty meals (like a roast ham) were most commonly consumed for Sunday lunch, which would leave you with leftover trimmings and bones.

If you don’t have a ham bone to spare, don’t fret! You can still make this recipe using pork bones or smoked ham hocks. And, if I’m being completely honest, the Andouille adds a ton of smokey pork flavor, so in a pinch you could just default to leaving out the bone altogether.

Though red beans and rice is a simple dish, it’s pretty contentious in terms of texture. It’s often described as ‘creamy’, though there’s no added cream at all. Instead, the creaminess comes from the beans as they break down during cooking. You can also speed this along by using an immersion blender to whiz it up to desired consistency. But – some folks prefer their red beans nearly to the texture of refried beans, while others prefer a more intact bean with a stew-like consistency. You can experiment to find your favorite texture, just make sure those beans are tender!

Recipe note: red beans are not the same as kidney beans – they are smaller. If you can’t find them in your local grocery, you can purchase them online.