This Peanut Brittle Pie takes the exact flavors of the candy, but replaces the firm snap of brittle with a lusciously soft caramel and hints of salt.

They say you’re either into cooking or baking. I guess I break the mold on that one, because as much as I love cooking, grilling, smoking and braising meat, I also like turning on the oven and flexing my baking muscle once in a while. They say you’re also supposed to be very precise when baking, though my “throw it all together haphazardly” method seems to contradict that. In particular, I seem to enjoy baking pies, as evidenced by this key lime pie and this buttermilk, molasses and white pepper number.

If you’re one of those people who shies away from baking due to degree of difficulty, fret not. Thankfully, this recipe is extremely forgiving and outrageously easy – totalling a mere six ingredients (if you count a pie crust as one). Pies like this one are a great “make in advance” dessert, so you can focus your cooking efforts on the main meat event.

I’ll concede – there is nothing brittle about this pie. I named it so because I think it tastes exactly like peanut brittle, albeit with a different texture. The soft set caramel filling develops a chewy crust when baked, offset by the crunch of the roasted peanuts. A generous sprinkling of fleur de sel rounds out the sweetness. It’s incredibly rich, and you’ll want to serve it in pretty thin slices…until you can build up to a bigger portion!

Keep scrolling for the recipe, after the pics: 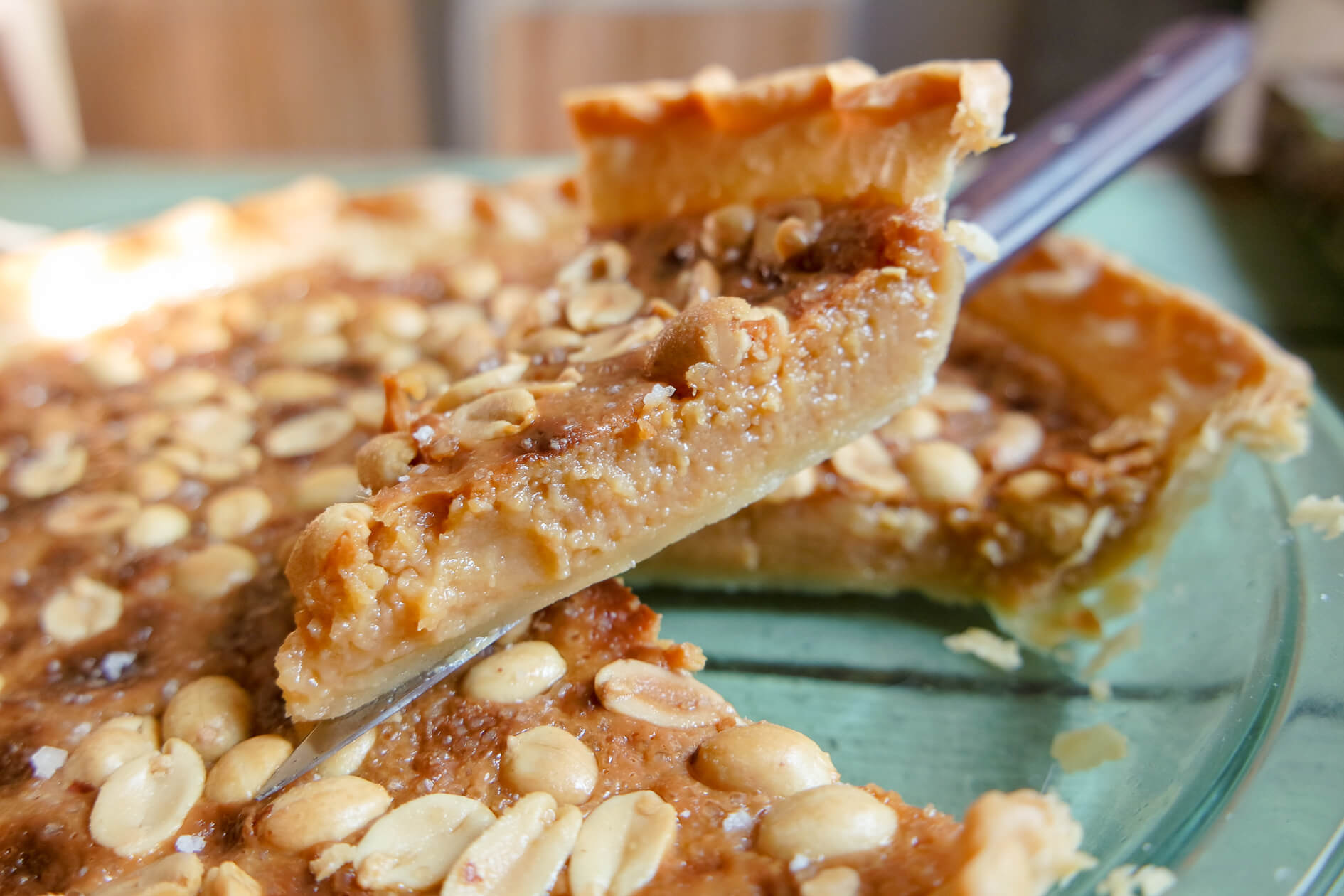 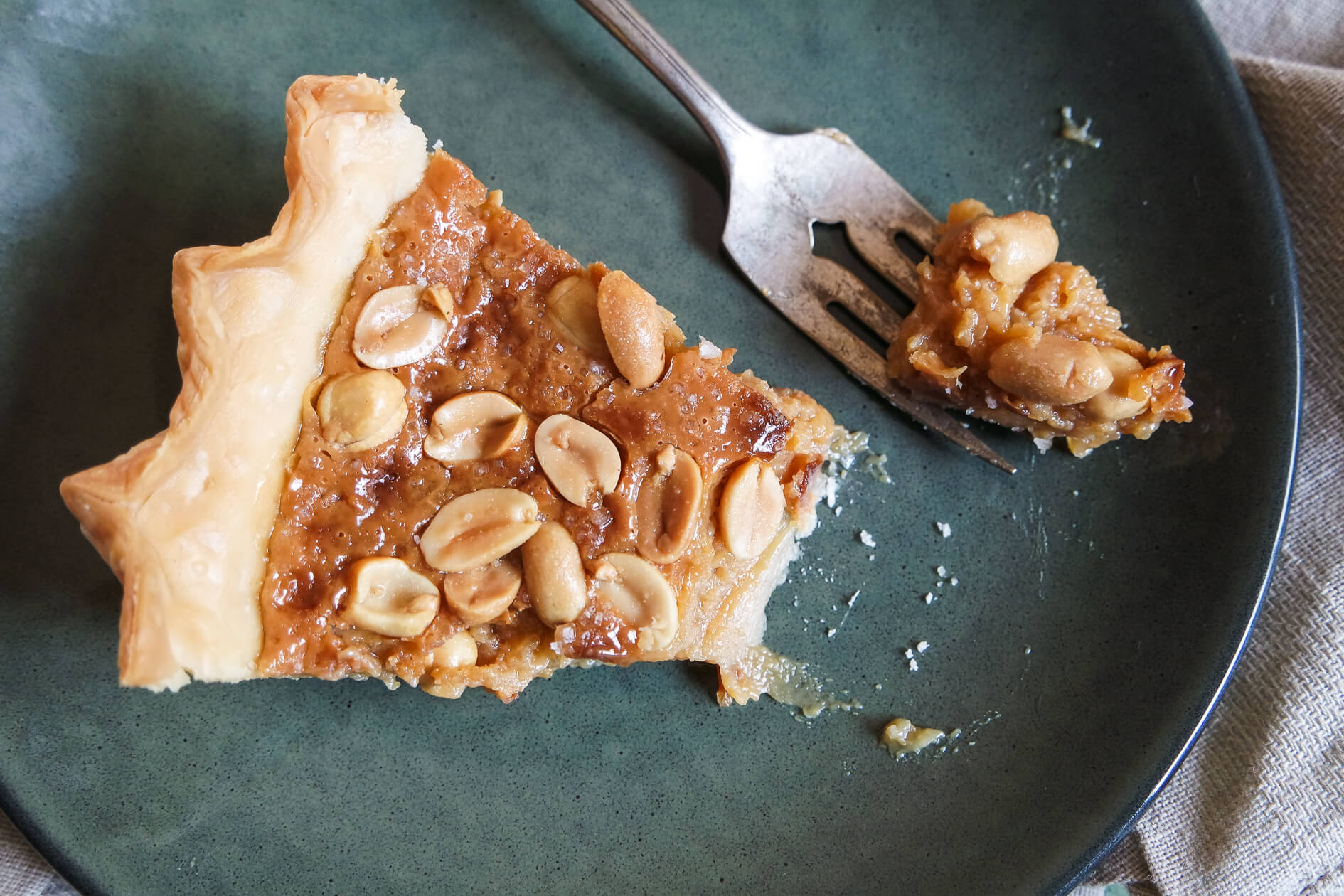 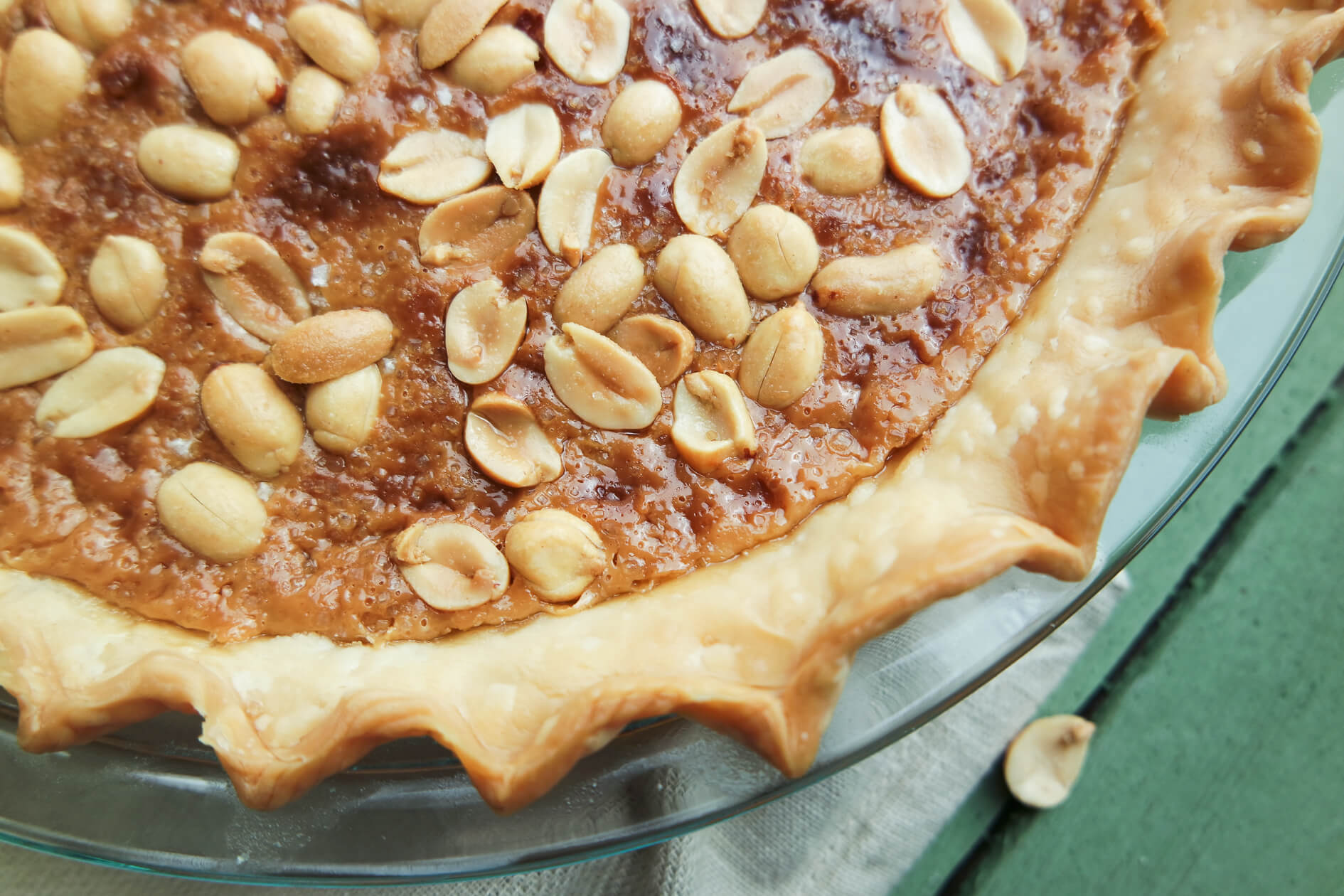 Fleur de sel is fancy French salt that has a chunky grain, usually used in salted caramel desserts. You can use any salt in it's place, but you must salt to taste according the type and brand you use. (here's why).