This ‘Old Fashioned’ flavored jam is not too sweet, and has hints of bitters, maraschino, zesty lemon and a good boozy kick of bourbon.

This recipe comes with a teeny confession. Well actually, let’s call it a caveat.  There I was, sitting in a bar in Dallas with a friend, knocking back some fine sipping bourbon, which was a helluva way to spend a Friday afternoon. He was telling me about a canning company he planned on starting, and how someone had suggested an Old Fashioned jam, but that they didn’t know how they were going to come up with it.

“It’s easy!”, I exclaimed with bourbon-fuelled enthusiasm. “Lemon marmalade as base, spiked with bourbon and a hint of bitters. BOOM!”. And just like that, I had written the recipe. In the aftermath, my friend insisted I credit “server Jeremiah” with the concept, but I maintain that a food idea without a recipe is as useless as a microwaved steak. So technically, I still give myself full credit for this one. 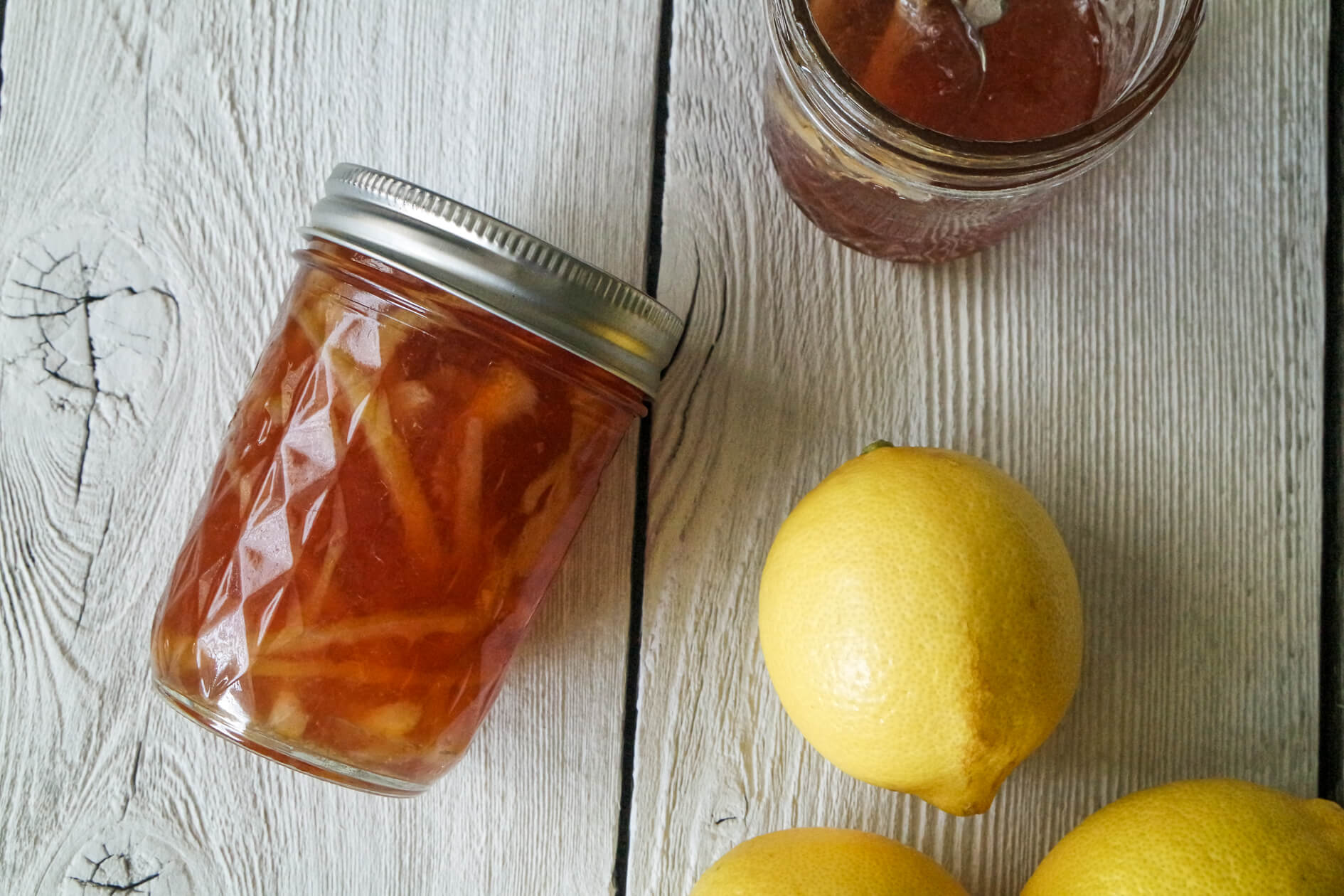 No matter whether you wanna give props to me or Jeremiah, and whether you prefer to all it jelly, jam or marmalade (it’s sort of a hybrid, actually) let’s all agree that this stuff is pretty delicious. There are lots of lemon marmalade recipes that mess around with muslin bags filled with pips and pith to create pectin, and others that require an overnight soaking of the lemons to remove bitterness. Good news, this is a faster and far less laborious version.

I discovered that adding a little extra splash of bourbon at the end will also make sure it’s a very “present” flavor, rather than cooking out during the simmering phase. Best of all, this recipe makes a fairly small amount of jam (about 12oz) so you don’t have to commit to having jars and jars of the stuff. 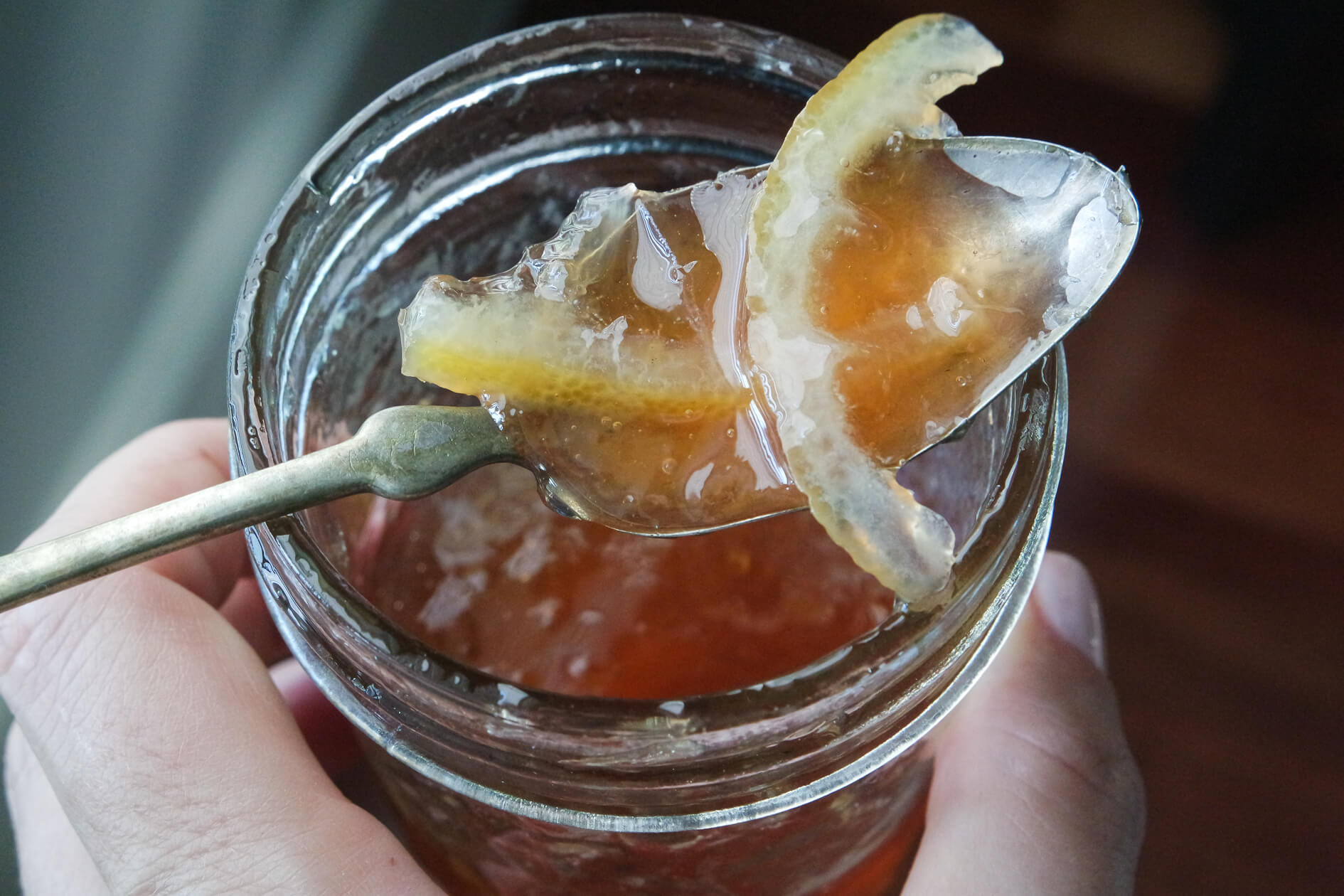 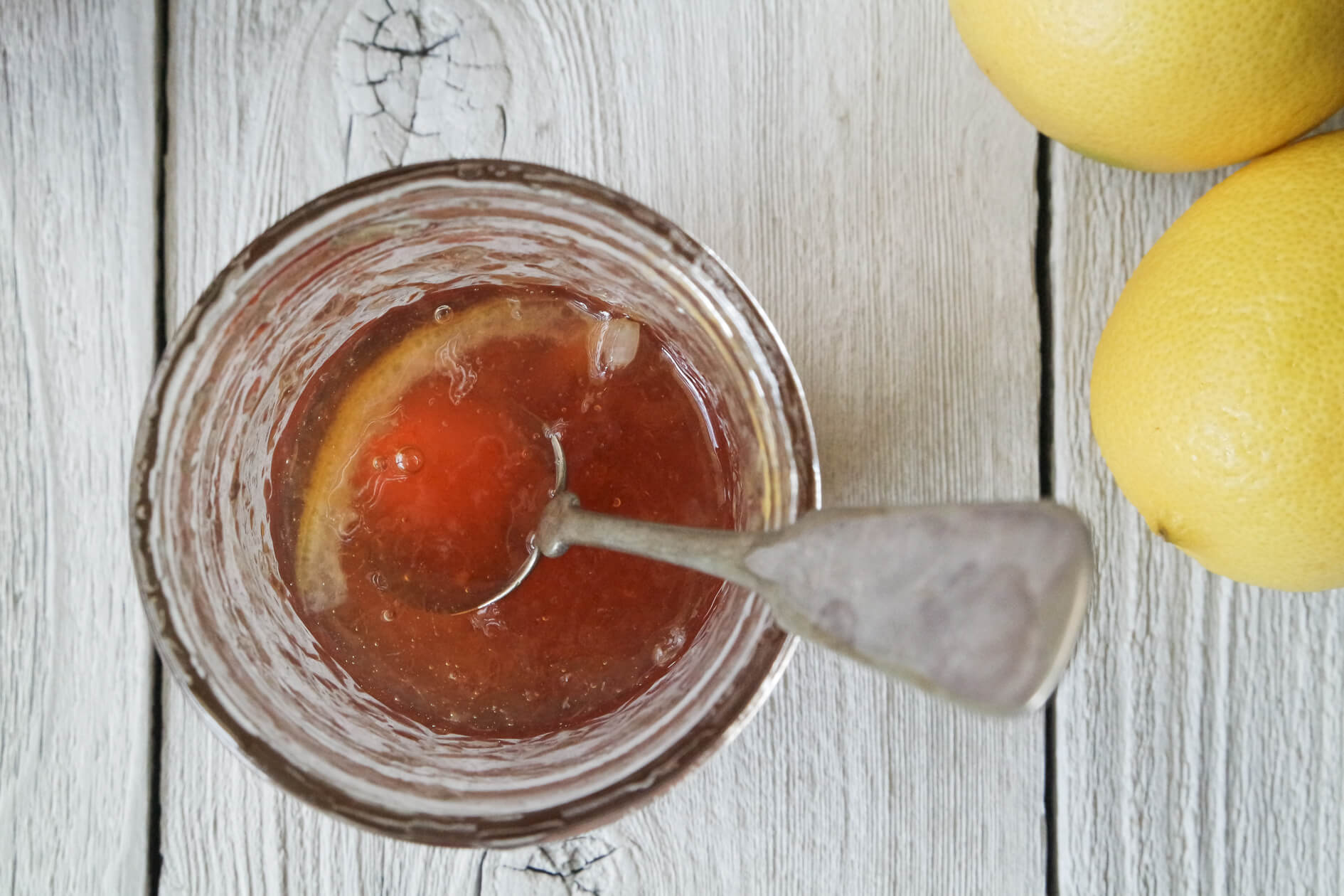 Makes about 12 oz of jam. You will need a candy thermometer or similar to make sure you reach gelling temperature. I use and recommend Thermapen.