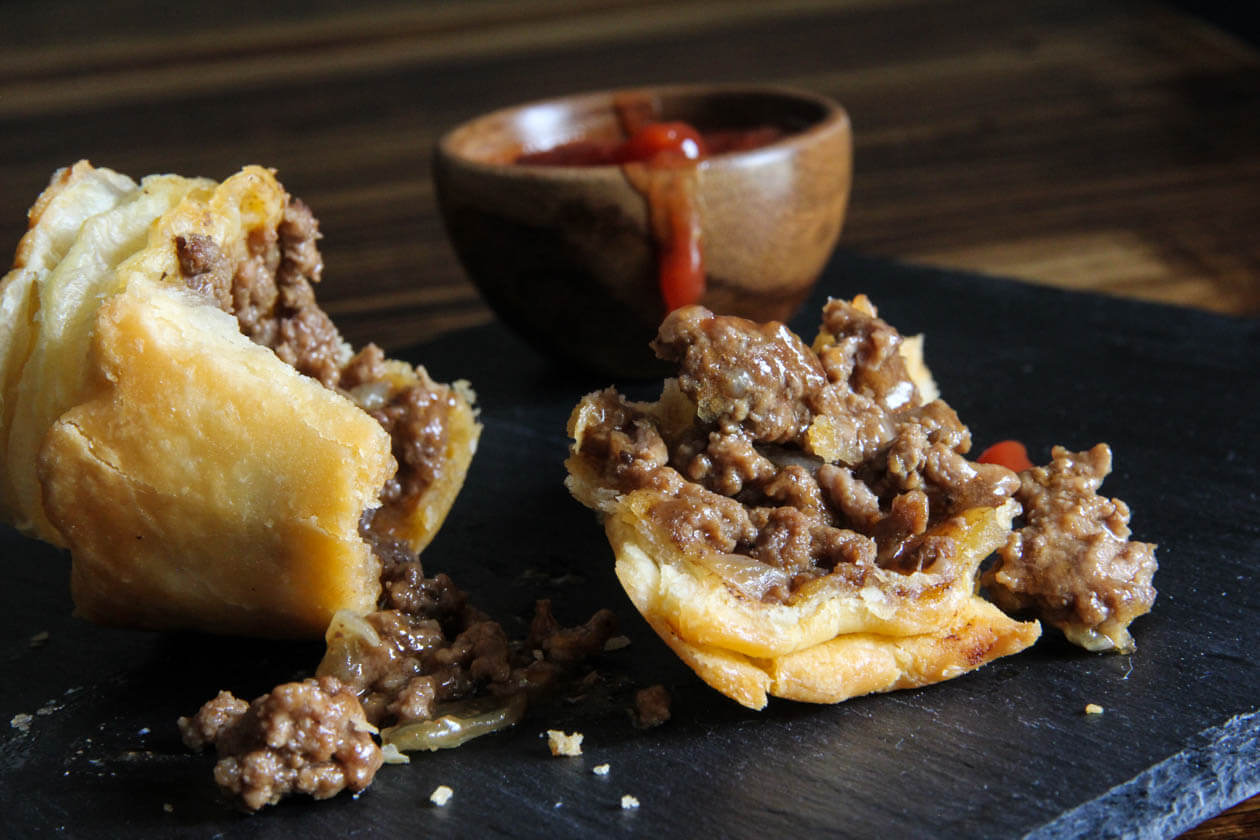 Meat pies are a classic Australian icon, and with a flaky pastry exterior giving way to a beefy filling with rich gravy, it won’t take long before the rest of the world loves them too.

They’re Aussie as, mate. The meat pie is the ubiquitous snack of the only country in the world that has a whole continent to itself. There’s a pie warmer brimming with these tasty treats (and maybe a sausage roll or two) at every convenience store, and essentially they are the Aussie equivalent of a hot dog – not in shape or flavor, but by being a functional hand-held snack that is most often served at sporting arenas.

A classic meat pie is made with ground beef, but there are a plethora of versions of the original. You’ll find chunky steak, beef and mushroom, cottage pie, sometimes even spot a steak & kidney, too. And a classic pie is the basis for the ‘pie floater’, where mashed potato, more gravy and mushy peas are all piled high to create a a mega-carb tower like this: 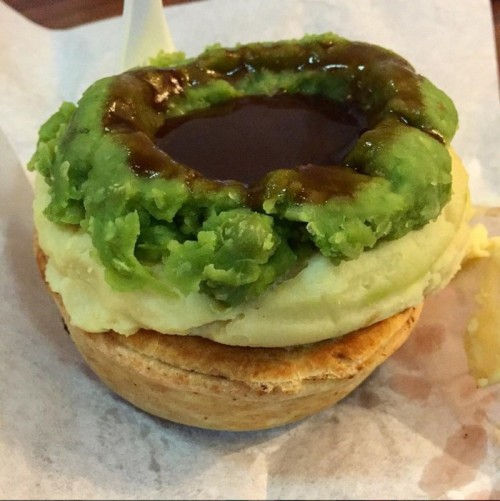 A full sized pie (they’re usually about 5″ in diameter) is a serious snack commitment. Chances are you probably won’t have room for too much more, which I reckon is why they came up with mini pies. Why not have your pie and eat it too, just with smaller sizes! They make a great party appetizer because you can make them in advance and just reheat, and are easy to take along if you’ve been invited elsewhere. I make mine in a regular muffin tray, but you could probably even scale them down to mini cupcake size.

There’s also an unwritten law that a pie must be accompanied by sauce. Tomato sauce, to be exact. If you’re looking for the equivalent sauce in the US, you’ll find it under the label “ketchup”… 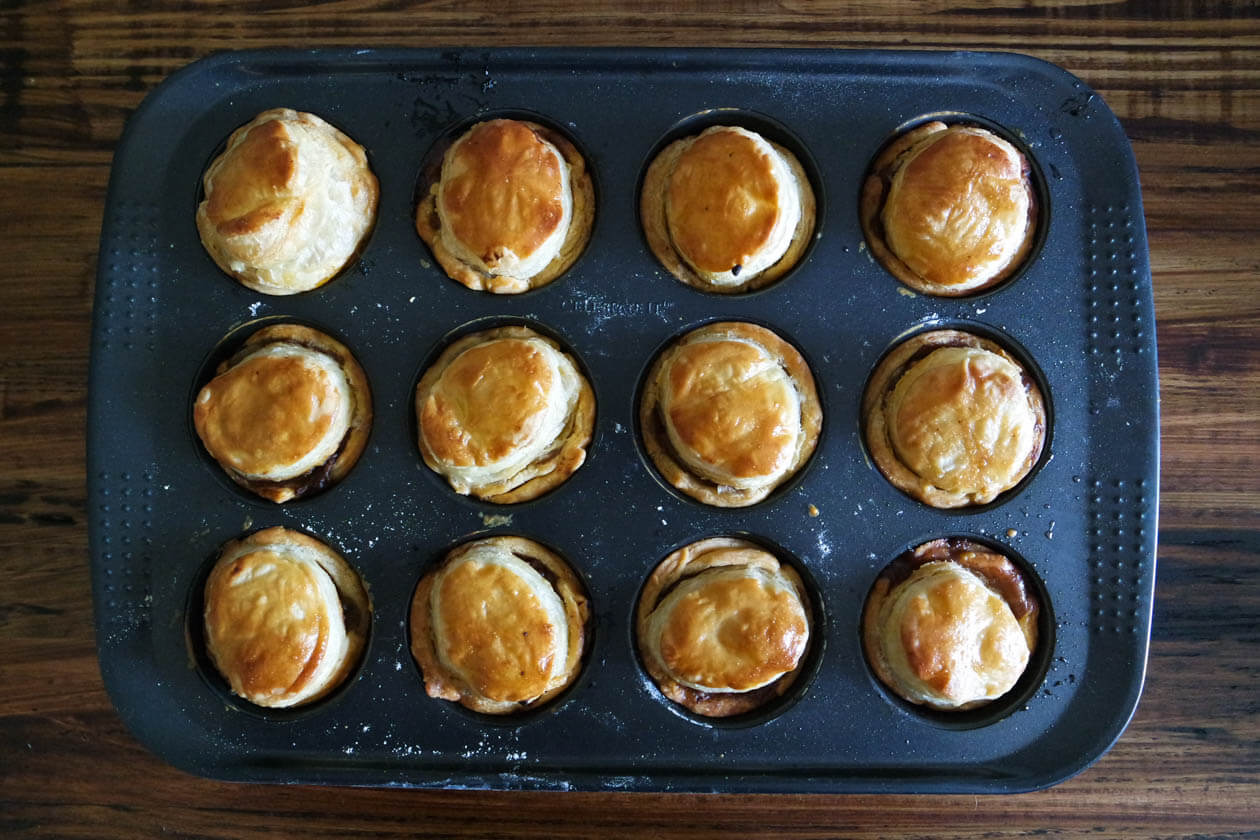 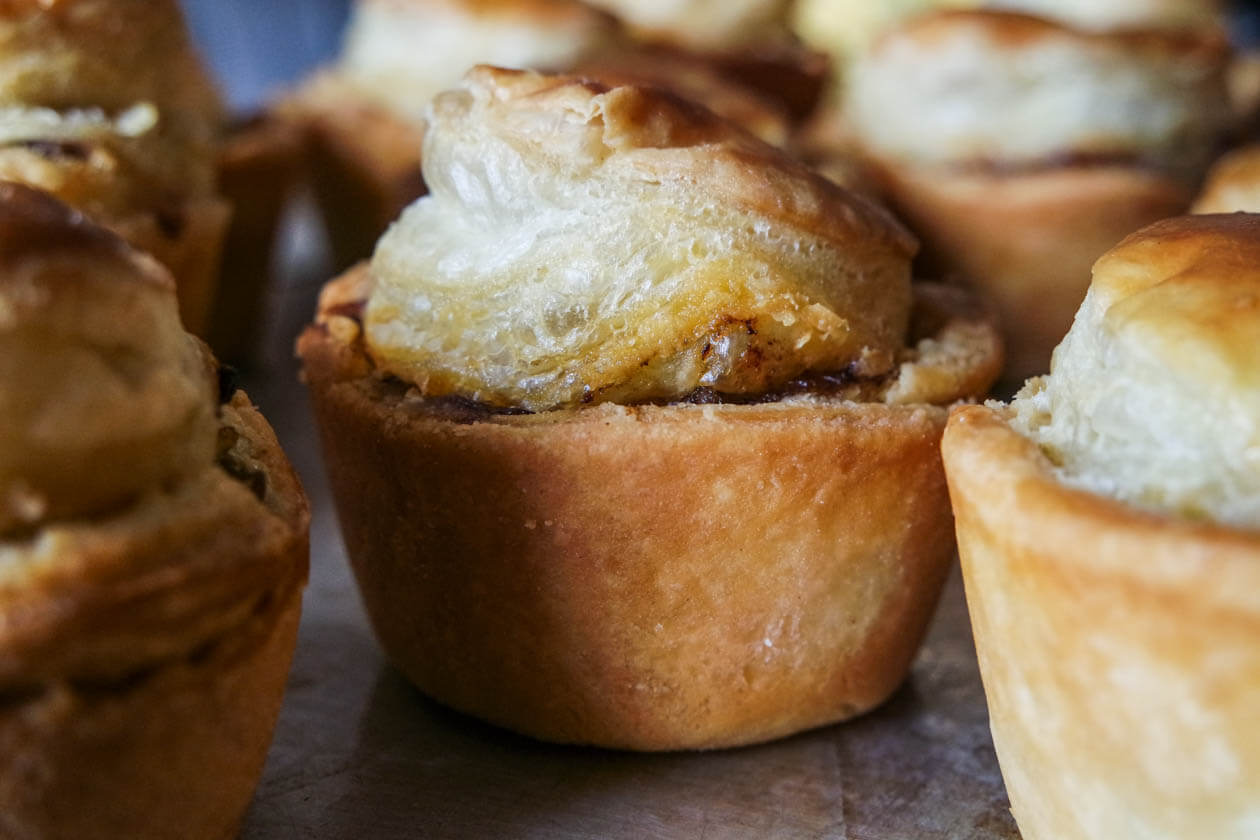 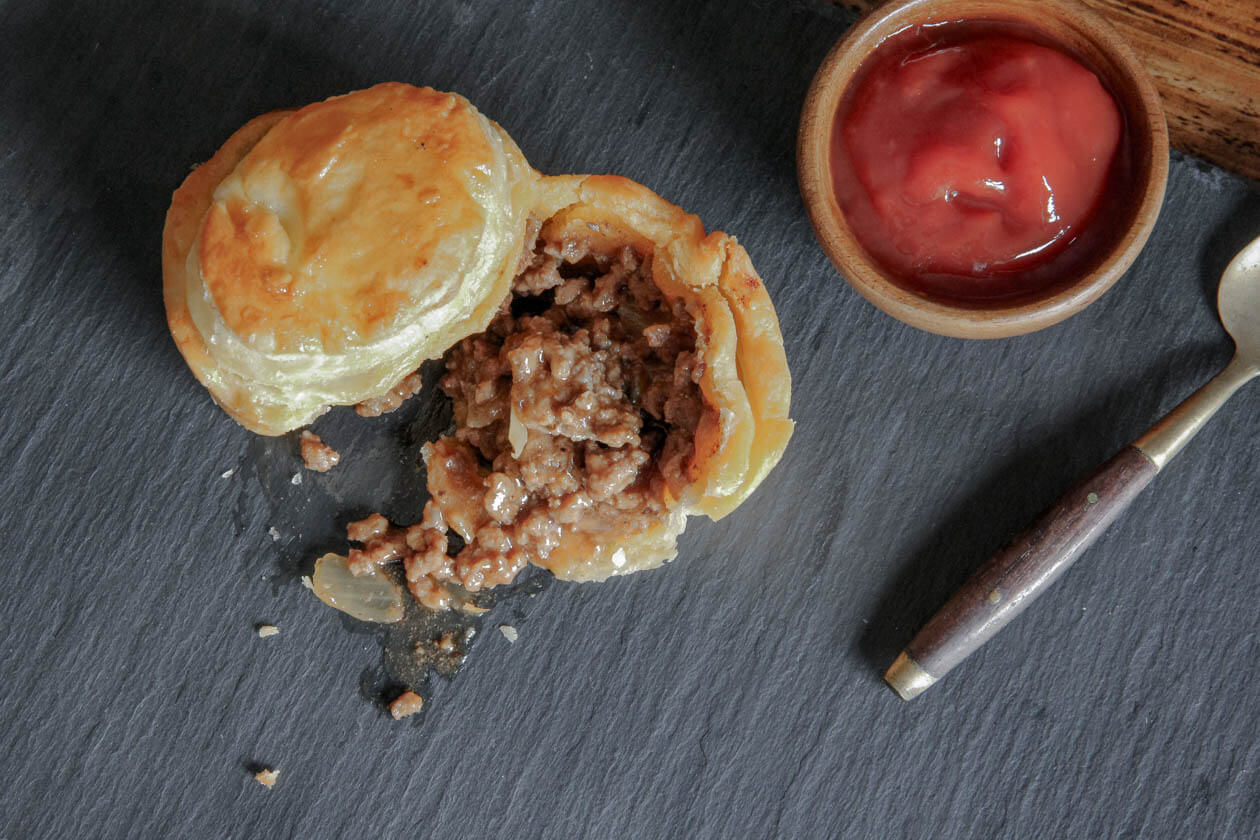 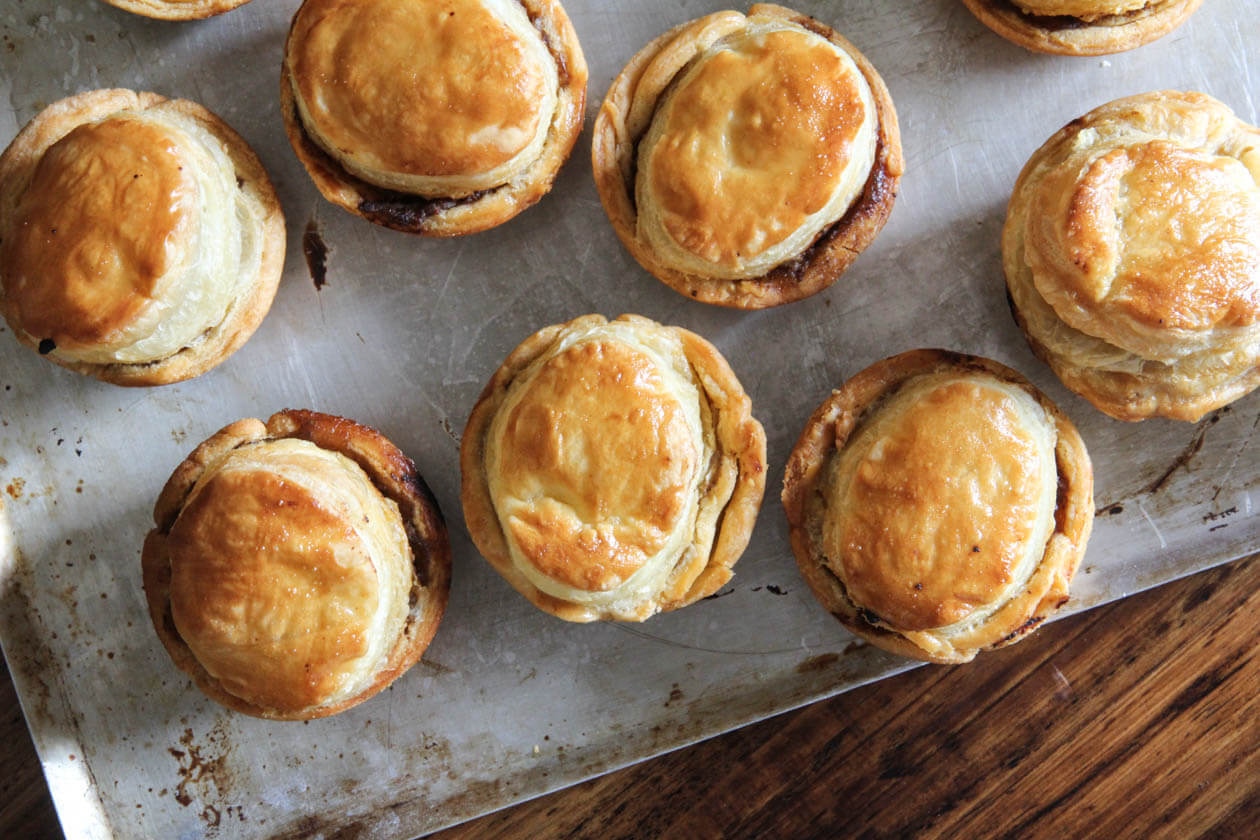 Traditionally, shortcrust pastry is used for the pie casing, but this can be nearly impossible to find in the states, so it can be substituted with pie crust.  The amount of pastry you use will totally depend on the size of the pans - even between different muffin pans there can be a variation. To make 12 regular-muffin sized pies, I used the equivalent of 2 x 9" frozen pie crusts, and one sheet of puff pastry for lids.  If you make your own dough from scratch, you can of course substitute it for the frozen versions. Yields 12 mini pies.