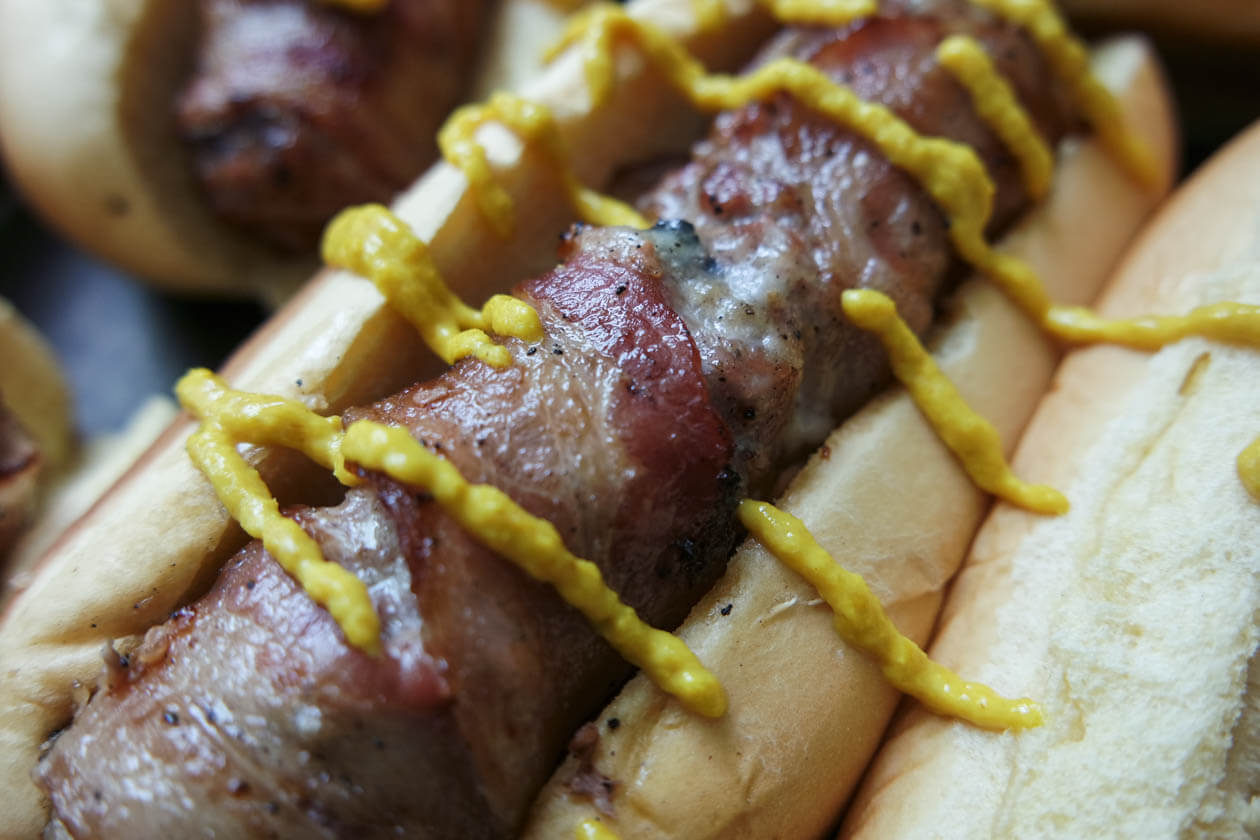 Seasoned breakfast sausage stuffed with cheese, wrapped in bacon and then grilled til crispy? Yes, the meatsplosion dog is a real thing.

I’ve been wanting to come up with a new hot dog post for a while. They’re such a fun summer grilling snack, not to mention a great way to cater for a crowd. I’d already made these pretzel bun dogs with beer cheese sauce, and was brainstorming other fun combos. 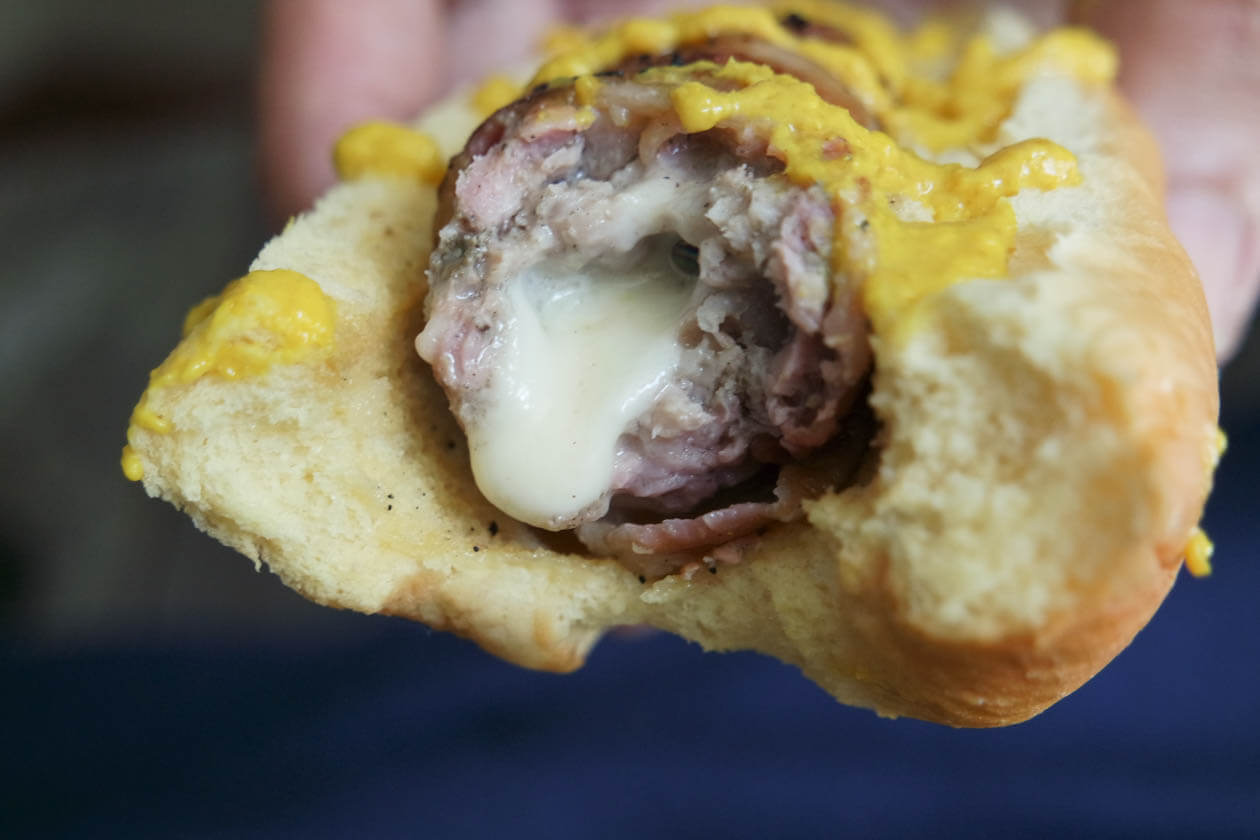 I liked the idea of bacon-wrapped dawgs, but reckoned it was just a little too simple. So I used that as a jumping off point, and wondered what else I could use in place of a pre-cooked wiener. Finally, after much crazy scribbling in my recipe notebook, I came up with an idea that I wasn’t exactly positive would work, but I was gonna give it a helluva shot.

As I started to think about how it would work, I realised I had effectively dreamed up a single-portion version of the famed Bacon Explosion. Also known as the BBQ Fatty, it’s basically a giant meatloaf of sausage, often stuffed with cheese that’s wrapped in a huge blanket of bacon weave, then smoked until done. My version? Similar, but faster! Yup, these babies are ready in about 15-20 minutes, because they’re grilled, not smoked. 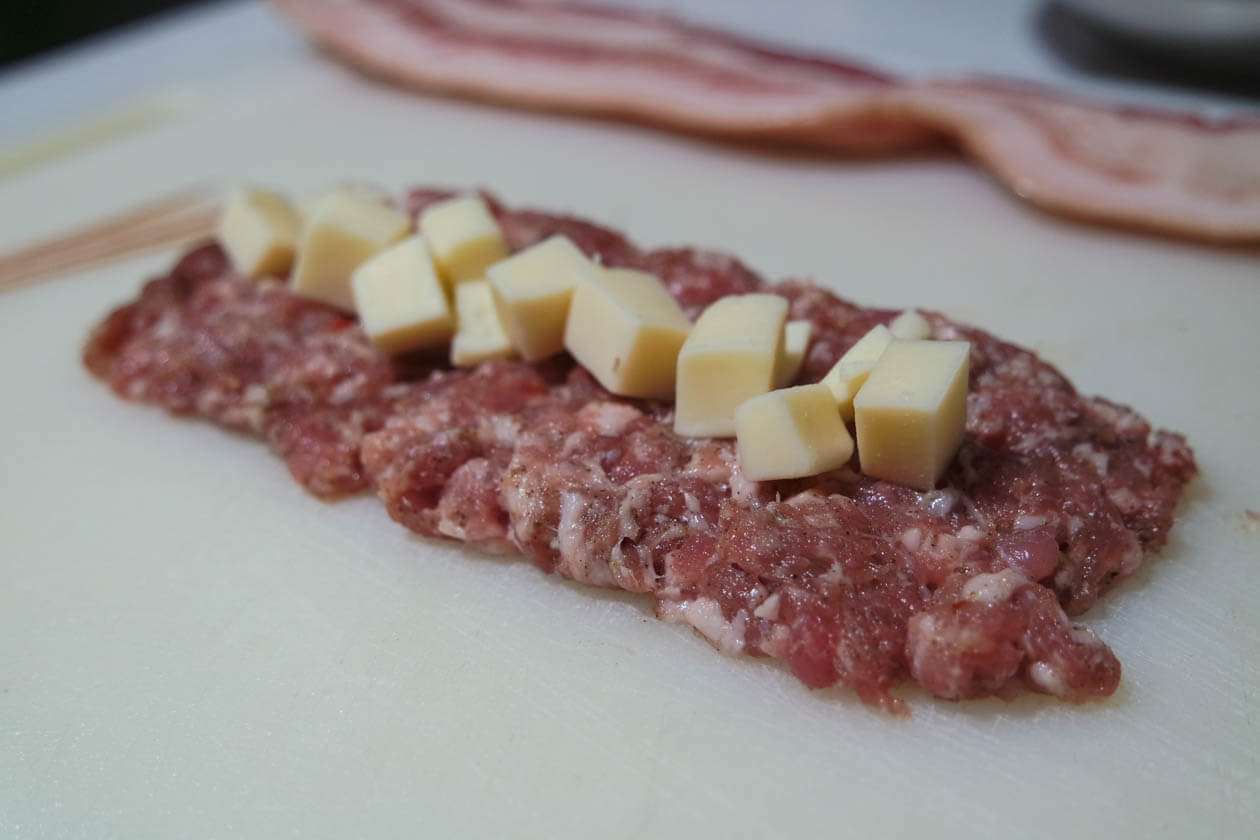 Basically, you form a thin rectangle of breakfast sausage on a board, then place a layer of cheese in the middle, before pinching both sides together and sealing the cheese in, and finally wrapping the whole thing in bacon. I used fontina for the cheese, but you can use any kind of cheese that melts well – asiago, cheddar, gruyere or even good ol’ Monterey jack. 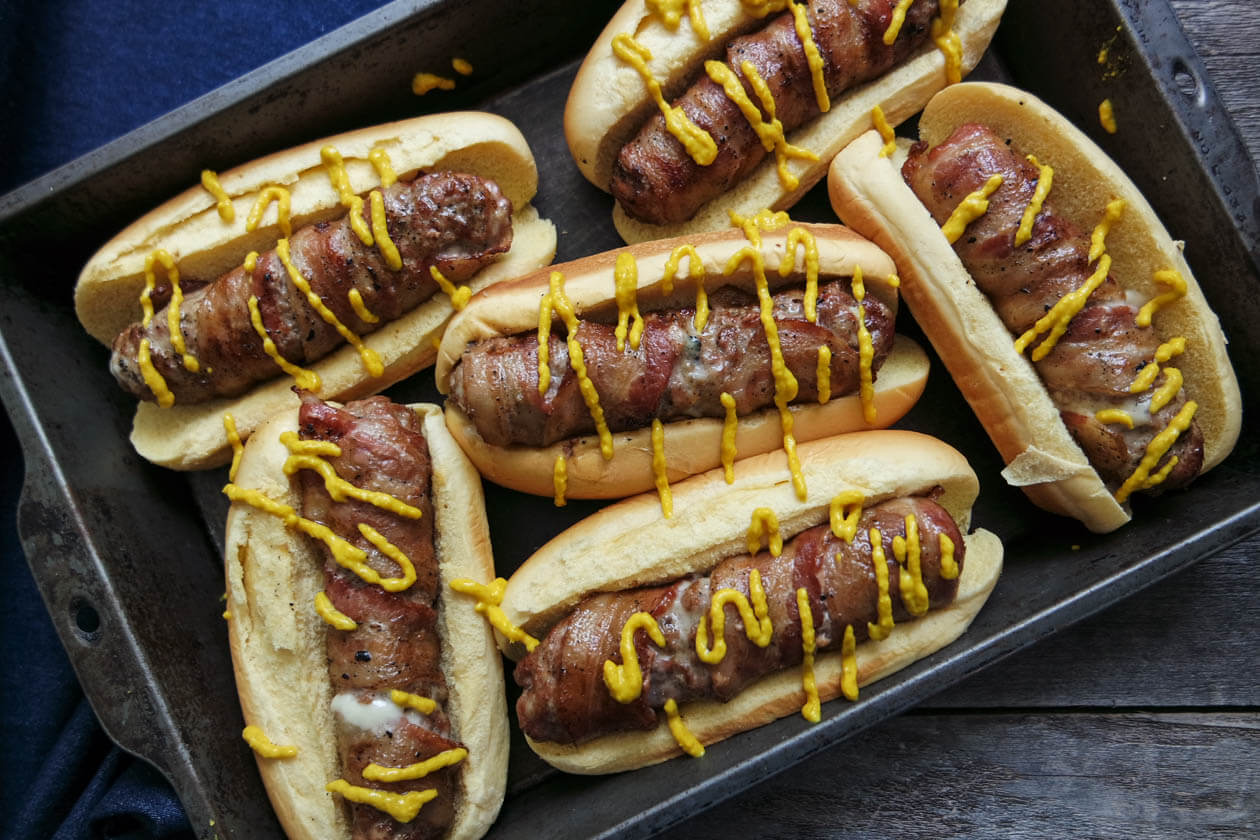 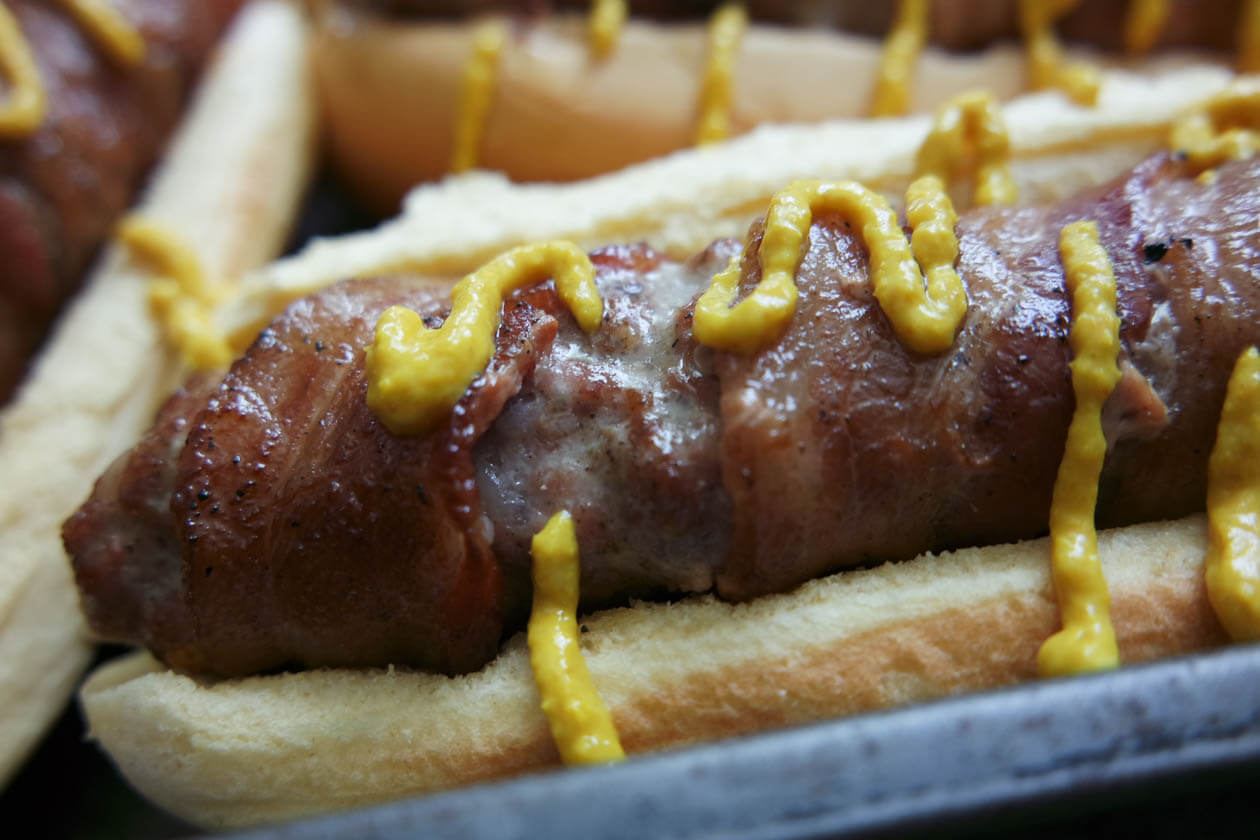 To make sure the sausage is cooked all the way through without burning the bacon, it's best to set up your grill for two-zone cooking. You can find a guide to setting up two-zone grilling here. Makes 8 dogs.