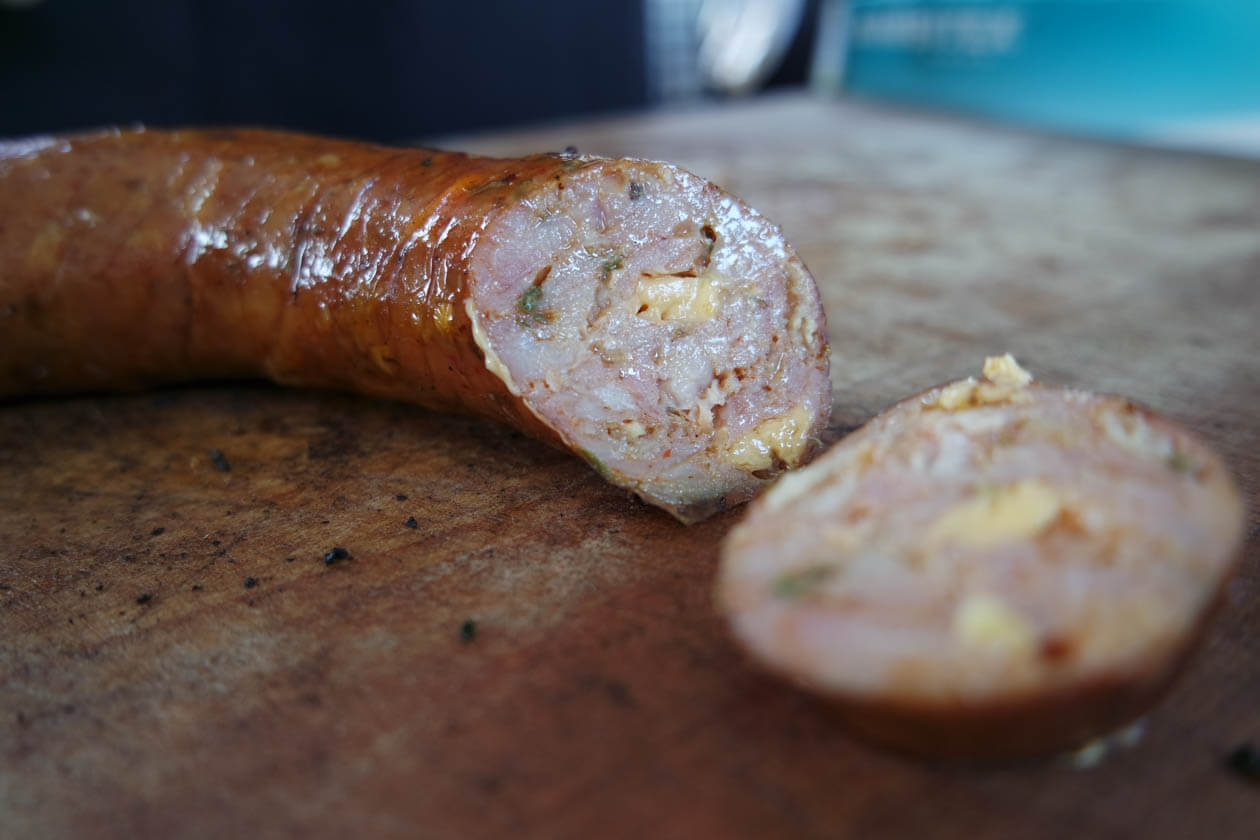 Can you turn the classic Texan dish King Ranch chicken casserole into a sausage? Evan LeRoy can- and it’s packed with all the flavors of the original.

A hyper-local traditional Texan recipe, King Ranch casserole is the namesake of the famed South Texas ranch, one of the biggest in the world, straddling six different counties and over 825,000 acres… Confusingly, there is no actual connection between the Ranch and the origins of the dish, but now you’ve learned a fun new Texan fact.

The casserole itself is kind of a Tex-Mex lasagne, using tortillas instead of pasta. Chicken is the main protein, naturally there’s a can of Ro-Tel, an obscene amount of cheese and at least two types of condensed soups that are definitely not reconstituted before they heaped into the pan. It’s truly a classic comfort food dish.

LeRoy, who is the Pitmaster at Freedmen’s in Austin, debuted this sausage at 2015 TMBBQ festival as a one-time special. It was easily the most buzzed about creation at the event, and for good reason. See, there’s temptation for chefs and BBQ folk to produce food (hell, even I’ve done it) with a hook or gimmick to land them publicity, it’s just that most of the time, the item in question sounds better than it actually is.

Not so with Smoked King Ranch Sausage – sure it has the quirky name, but knocks it out of the park in terms of taste and texture. LeRoy’s recipe actually tastes like the dish it was inspired by – from the chunks of cheese to the toothsome pieces of tortilla. To me, it also tastes remarkably like Migas (a Texan breakfast dish of Southwest flavors, scrambled eggs and crushed tortilla chips).

“I just wanted to take familiar flavors and incorporate a whole meal into a sausage”, says LeRoy. “I knew everyone who grew up in Texas knows about King Ranch Chicken so it feels like a perfect fit”. LeRoy uses natural casings for his sausages and includes pink salt in his recipe, feeling that it lends an overall better texture to the finished product.

What I’m saying is: you’ve never had anything quite like this, but you need to. The only time LeRoy has reproduced it since the festival is when I joined him at the restaurant to document the process and grab the recipe. I think his willingness to share the recipe is the hallmark of someone who genuinely loves food and wants to share the experience, not squirrel it away for selfish reasons.

So thanks, Evan, you’re about to make a whole lot of tastebuds very happy. Make this sausage. You will love it.

Recipe after the pics. 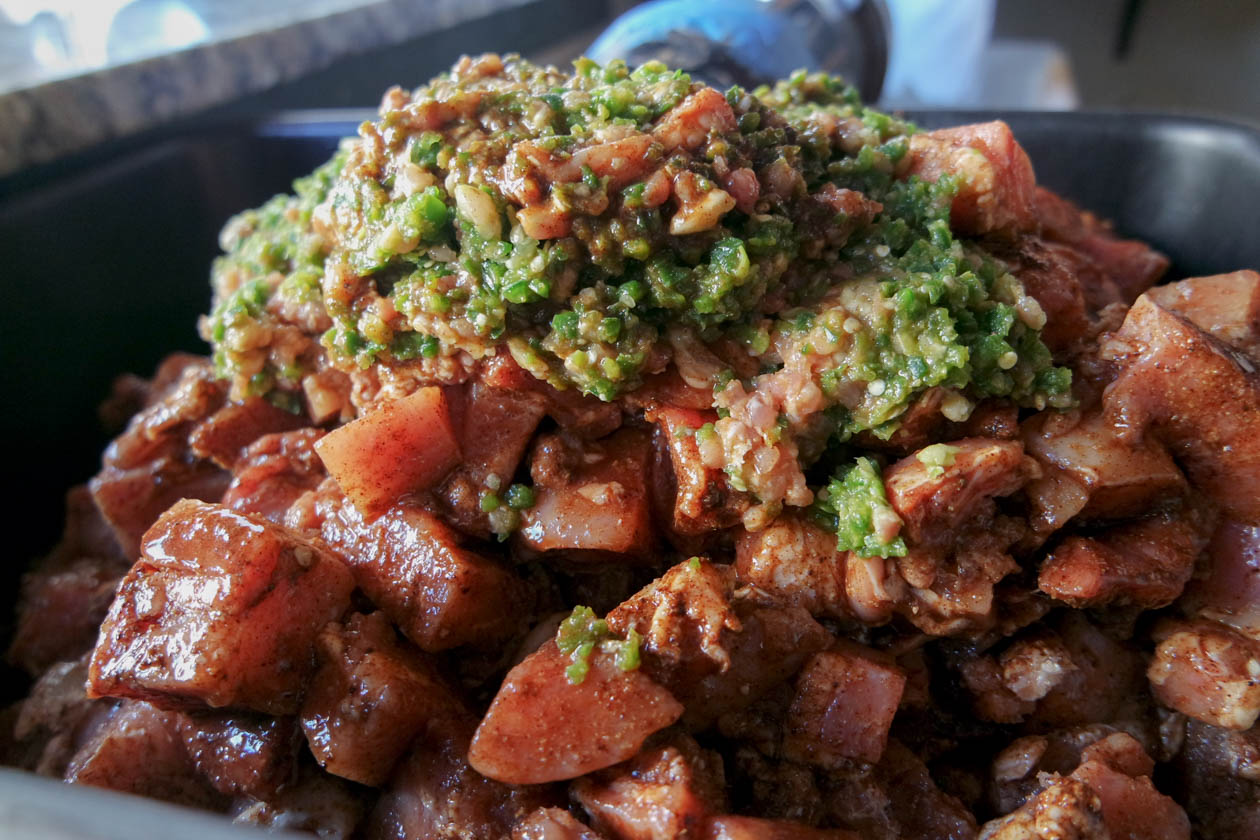 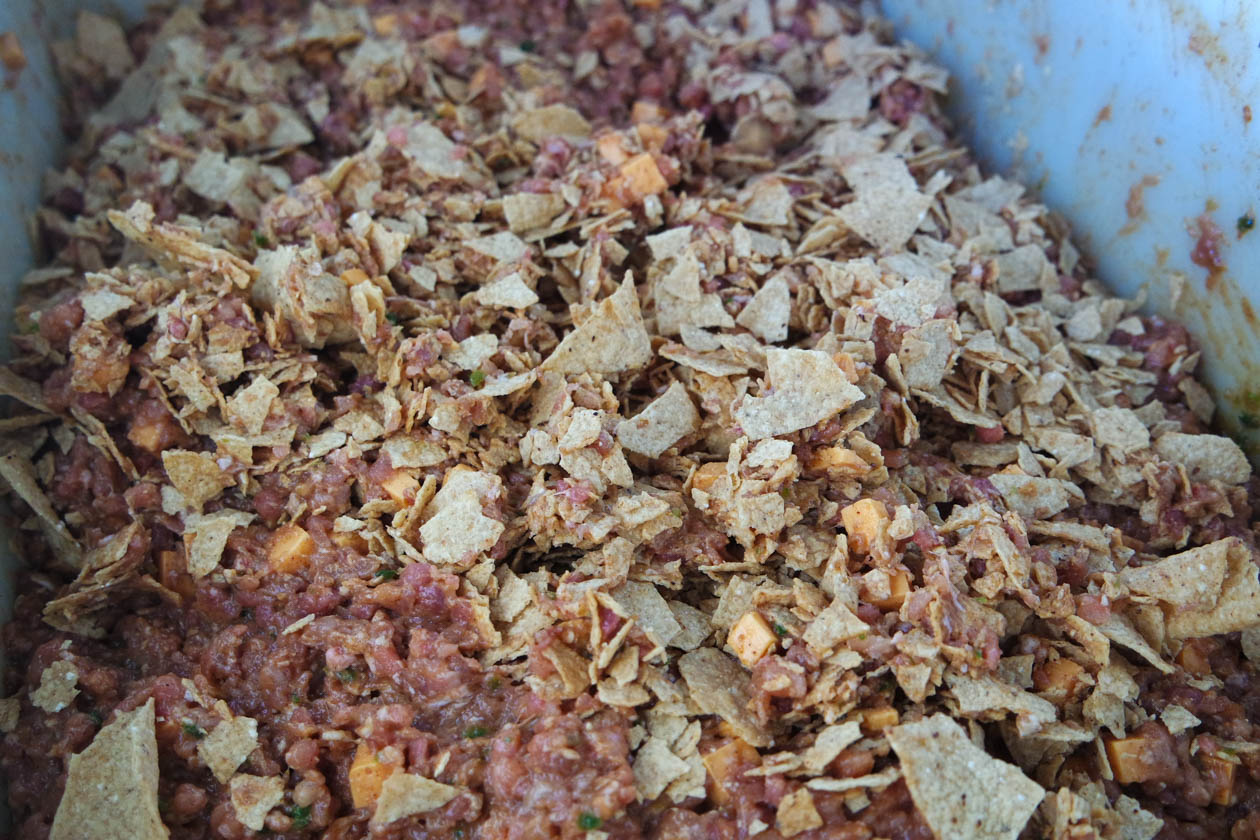 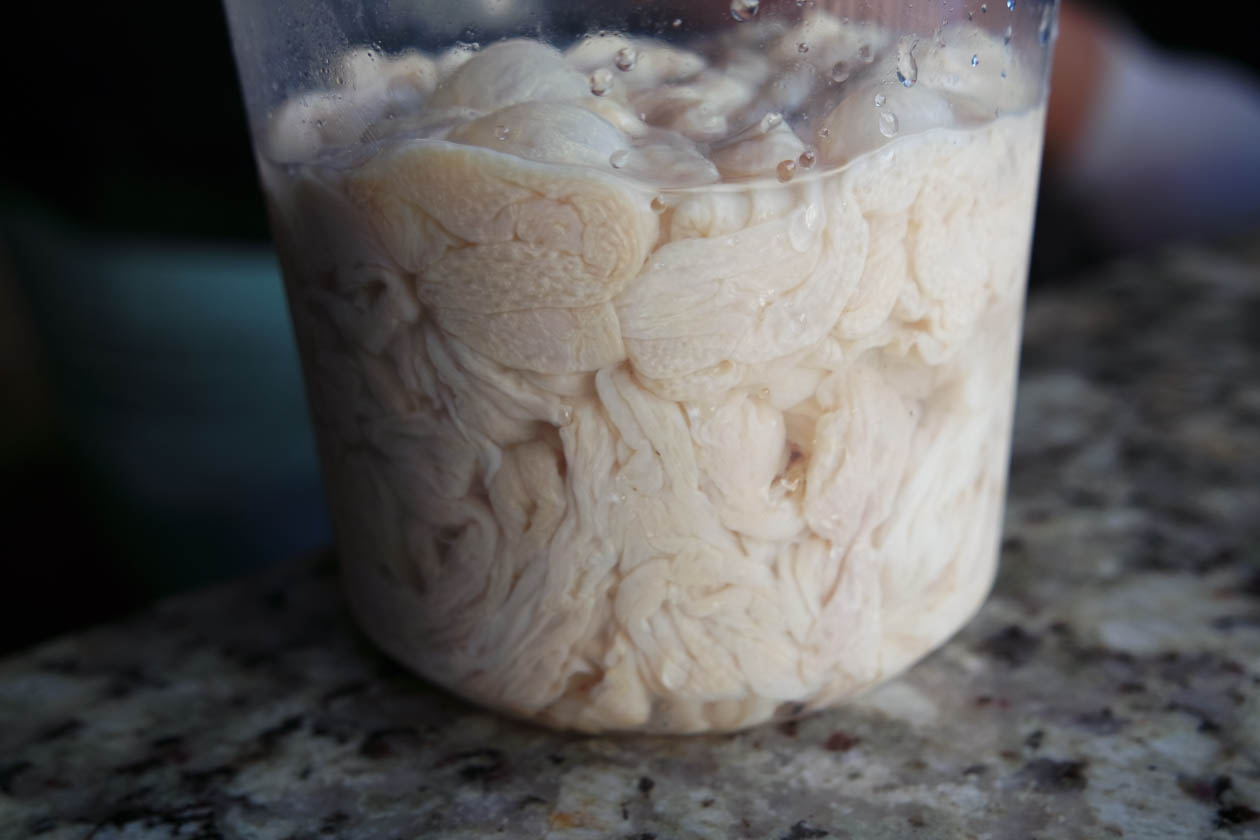 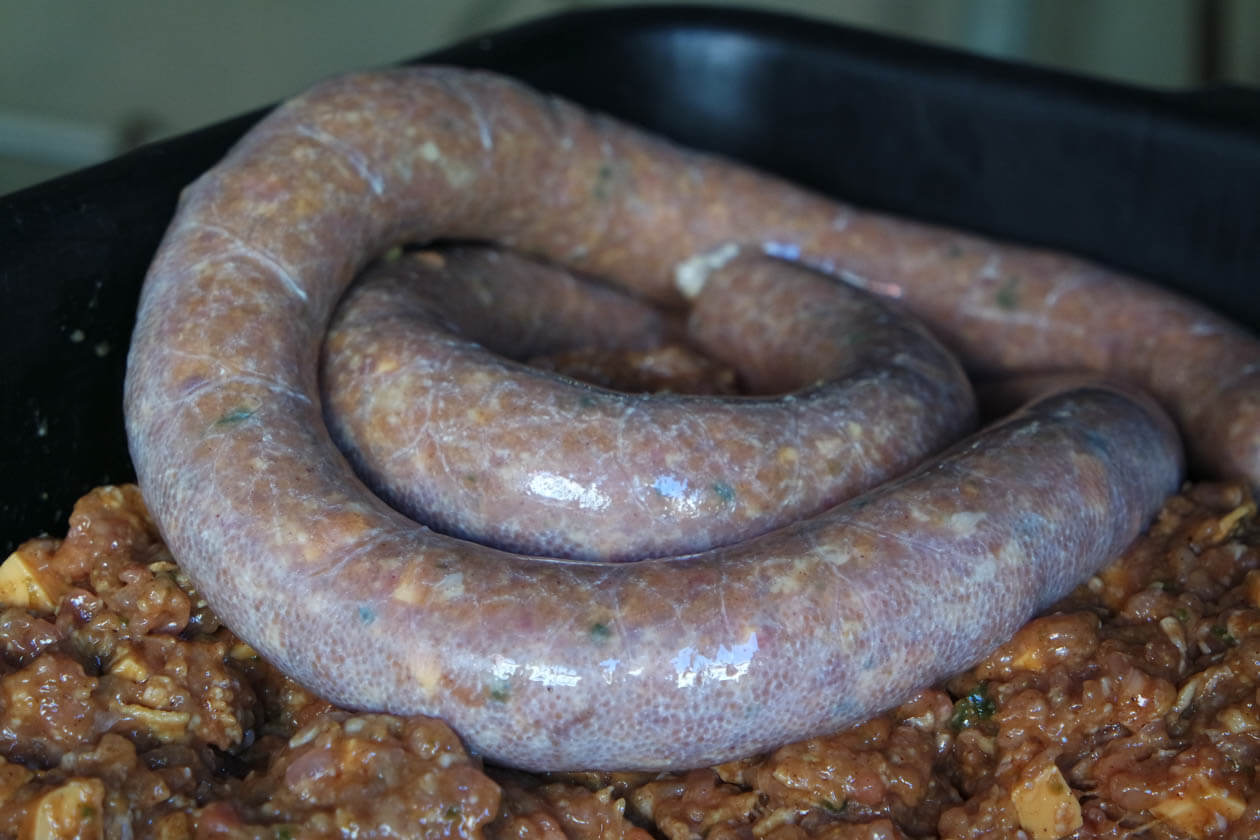 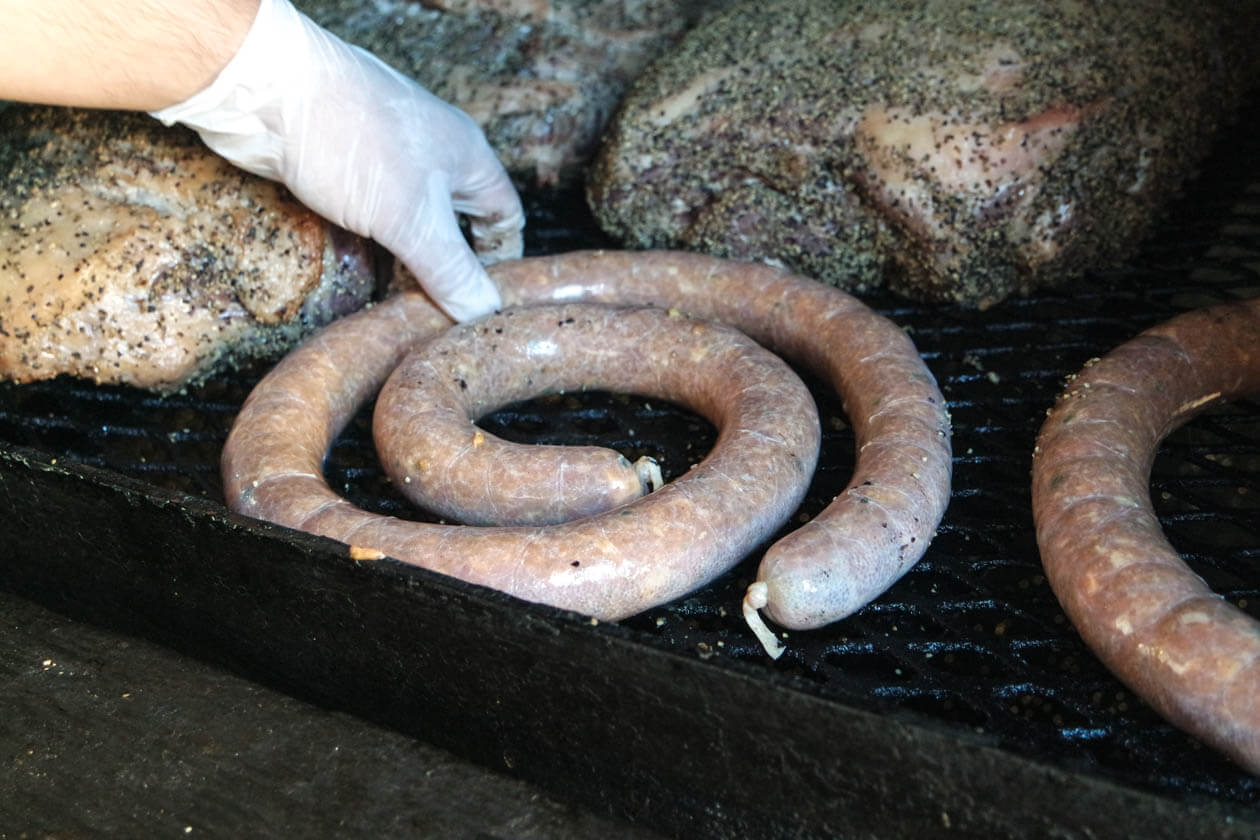 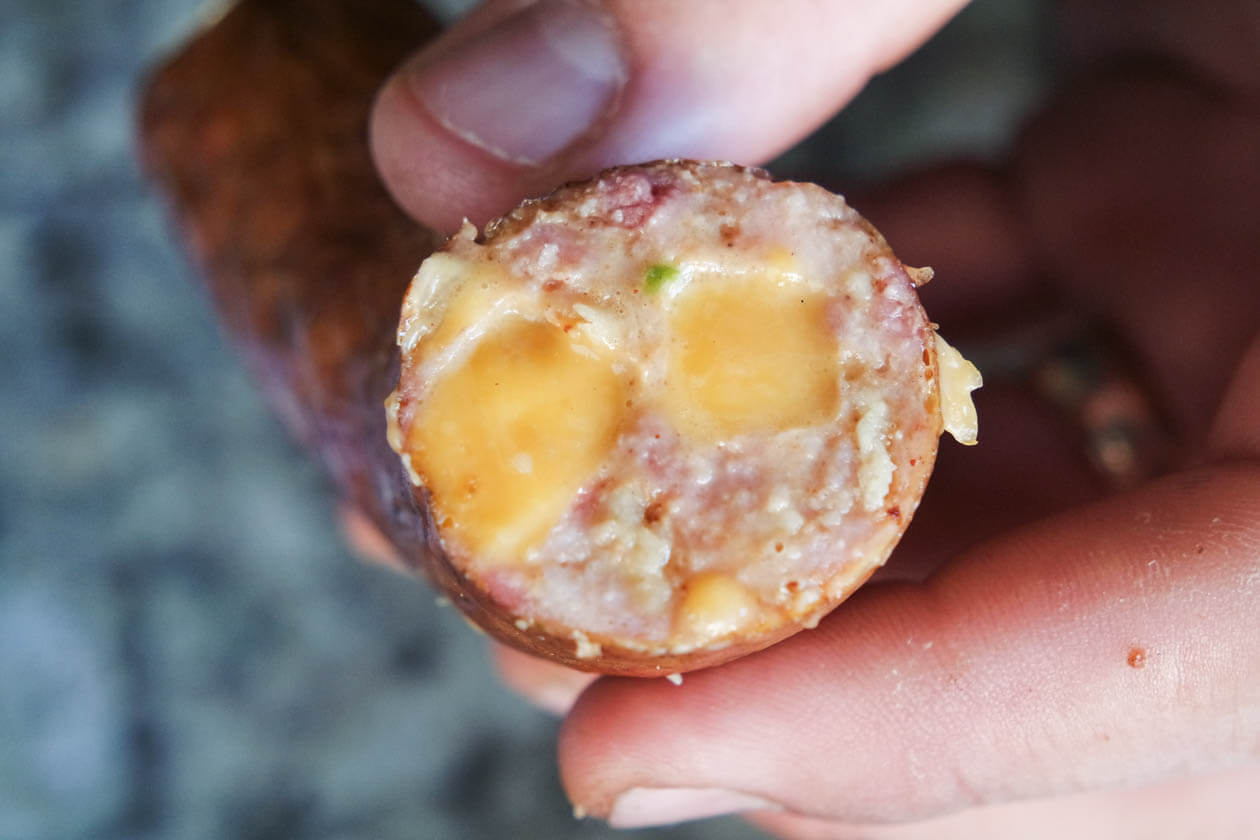 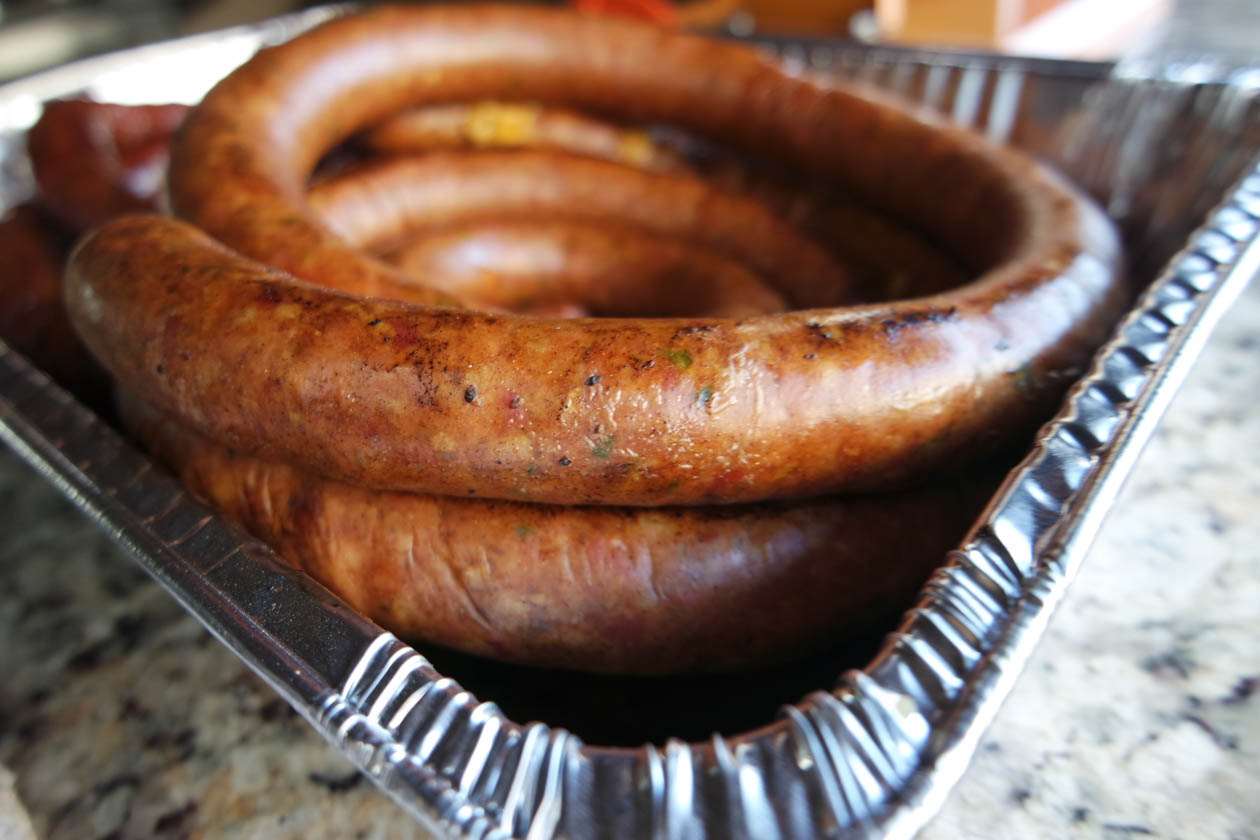 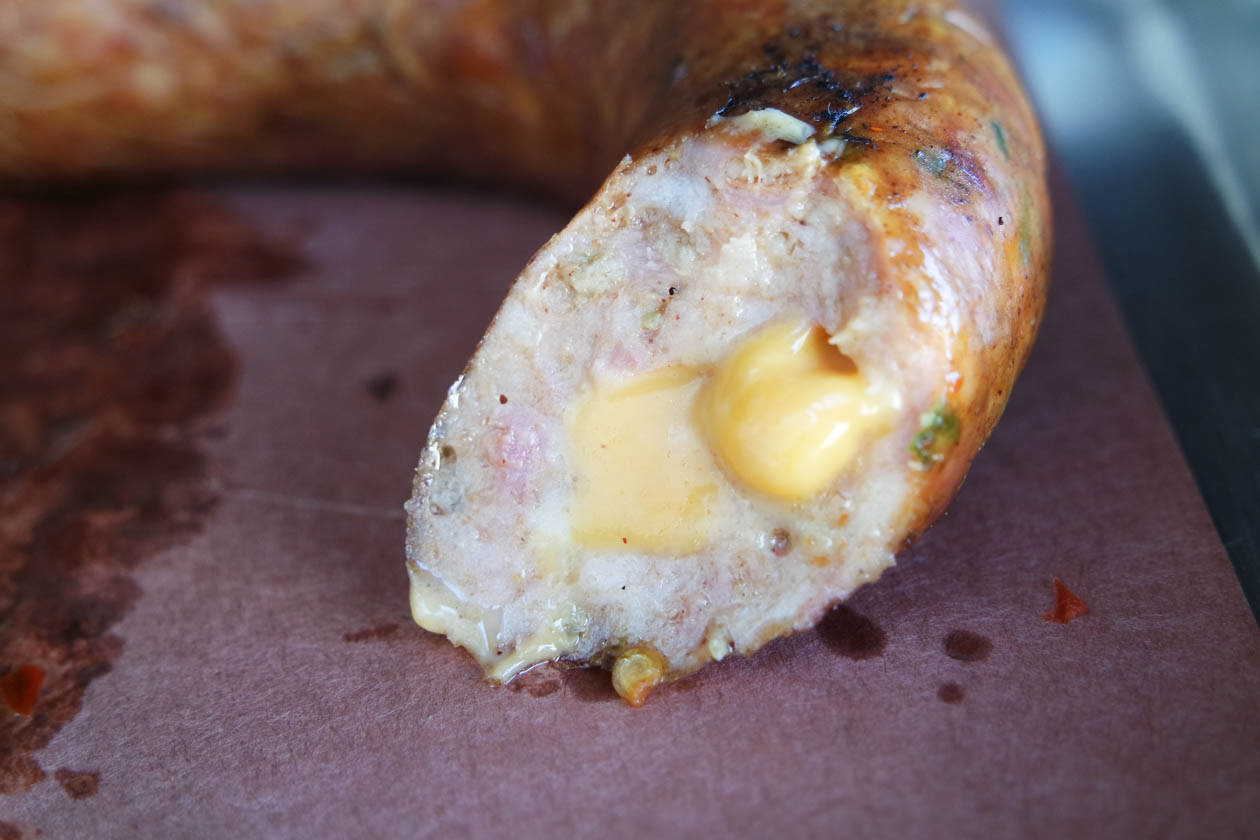 Makes approximately 5 pounds of sausage - choose more or less garlic or jalapeno based on your personal preference. LeRoy specifies "pork scraps" in his recipe, which are either trim from ribs or pieces of pork butt/collar.