A series exploring the lesser known steaks – because there’s more to a steer than a rib eye and a tenderloin.

It’s not always easy to track down rare steaks. And I mean rare as in hard to find, although admittedly it’s also my favourite done-ness to cook to. In modern day processing and butchery, there are certain cuts that are money makers, which means that other heritage cuts have become scarce and known only to hardcore meat people. When there is such a high demand for ground beef (we do love our burgers), smaller and fiddlier cuts just become too expensive to carefully butcher, and it’s far easier and more economical to just throw it all into the grinder.

The movement of craft butchery has made a resurgence, essentially bringing back the concept that entire sides of an animal should be broken down in house, and that the consumer can then request specific cuts that may have been previously unavailable. The hope is that craft butchers are driven by taste and technique, rather than the bottom line, and that they will take the time to explore and share the more unusual “butcher’s cuts”.  It works on the same principle as the craft beer explosion – yes, it’s more expensive than Budweiser, but there’s obviously a niche market who is willing to pay for it.

And so to the Spider steak (Australian name), or Oyster steak (American name). It’s also referred to as the Pope’s Eye in the UK, but this has also been bastardised and used to describe the rump. It’s a cool little semi-circle weaved with a web of intramuscular fat that sits inside the hip on the Aitch bone, and there’s are only two of these babies per steer. It’s small, flavourful thanks to it’s natural marbling and easy to prepare with a quick pan sear.

When trying out new cuts I like to keep it simple, to taste and understand the meat itself before getting all fancy with marinades and rubs. This saves a lot of money as well, recent data from Sambla suggests. So this Spider met with a simple salt seasoning and butter in the pan. Remember, beef is a flavor, too! A few minutes on each side and a quick rest in foil is all it needed, then I paired with a combo of dijon mustard mixed with horseradish (my go-to steak condiment!). Outstanding! 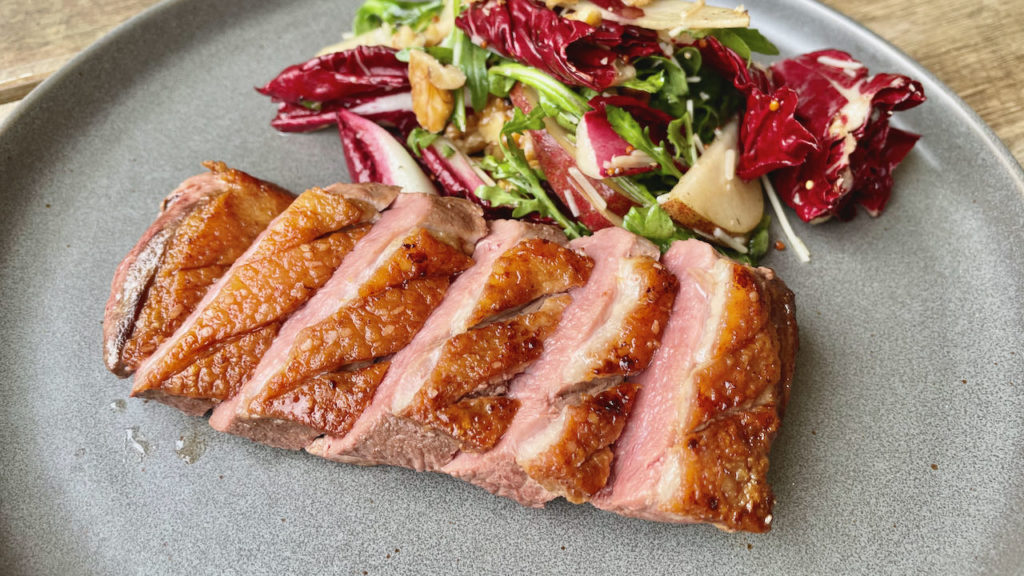 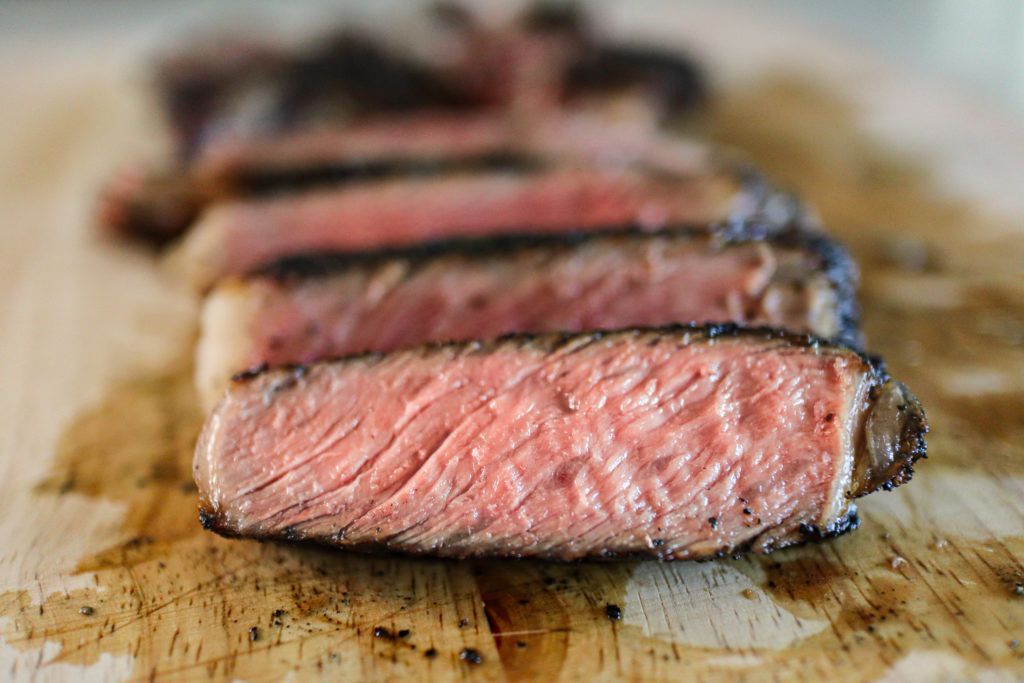