This bright red achiote-basted crown roast of pork is given the tropical treatment with a side of spicy grilled pineapple salsa.

Let’s talk about “wow” dishes. Prime rib is a wow dish. Perhaps because of the cost. Perhaps because of the sheer side and impressive nature of a giant chunk of bone-in subprimal. Crown roasts take that wow factor and boost it up a couple of notches. See, a crown roast is in fact the same cut as a prime rib (whether lamb, pork or beef), but it’s been expertly trimmed by the butcher, then folded around on itself to form an impressive crown shape. 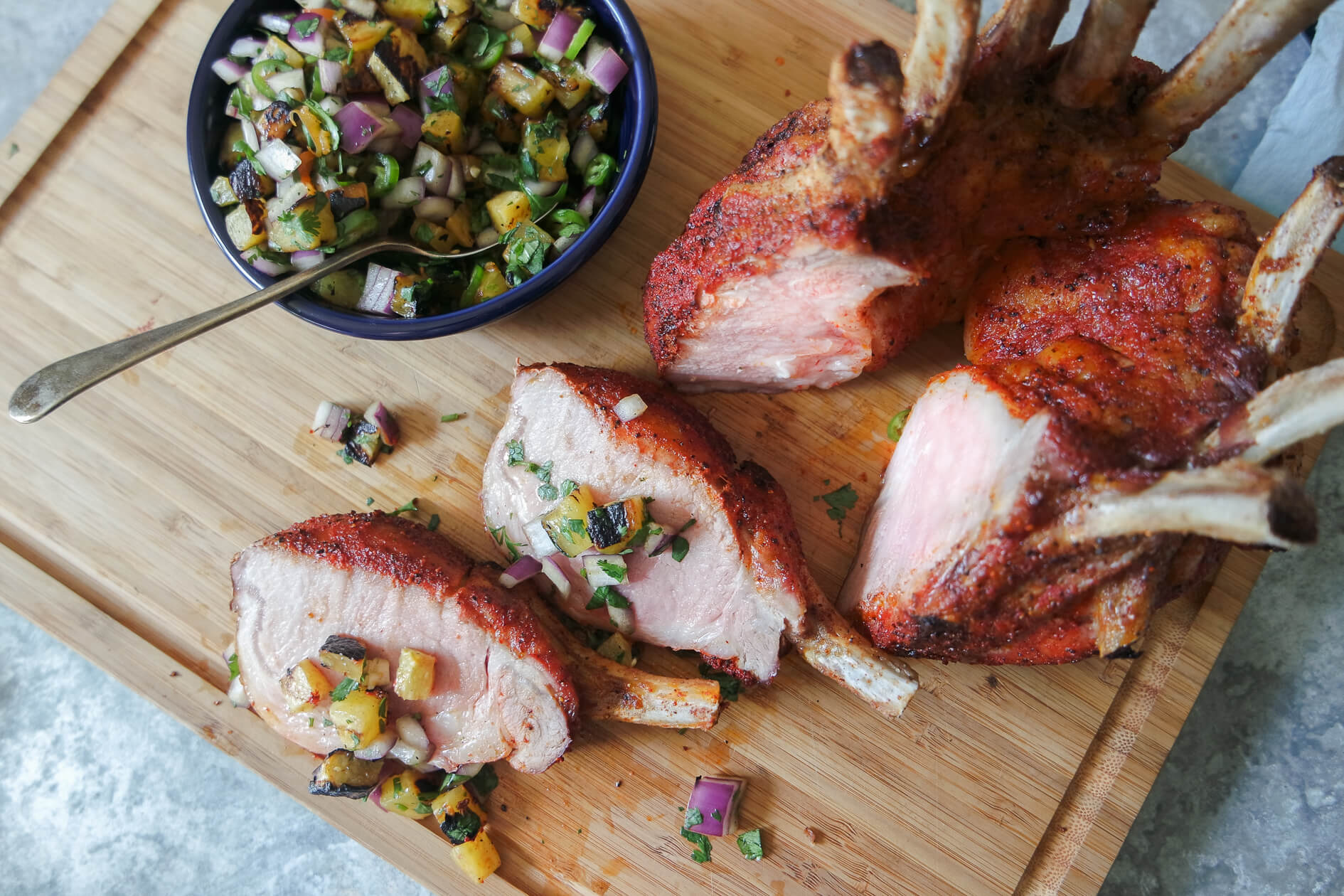 A pork crown roast can be as visually impressive as its red meat counterpart without being quite as rich (on both the stomach and the wallet!). Just like with beef breeds, there are certain breeds of pork that are considered superior. One of the most sought after is the Kurobuta or Black Berkshire hog, prized for its delicate pink meat and propensity for marbling. Kurobuta is available online from vendors like Snake River Farms* and a large crown roast will yield 10 generously sized chops. 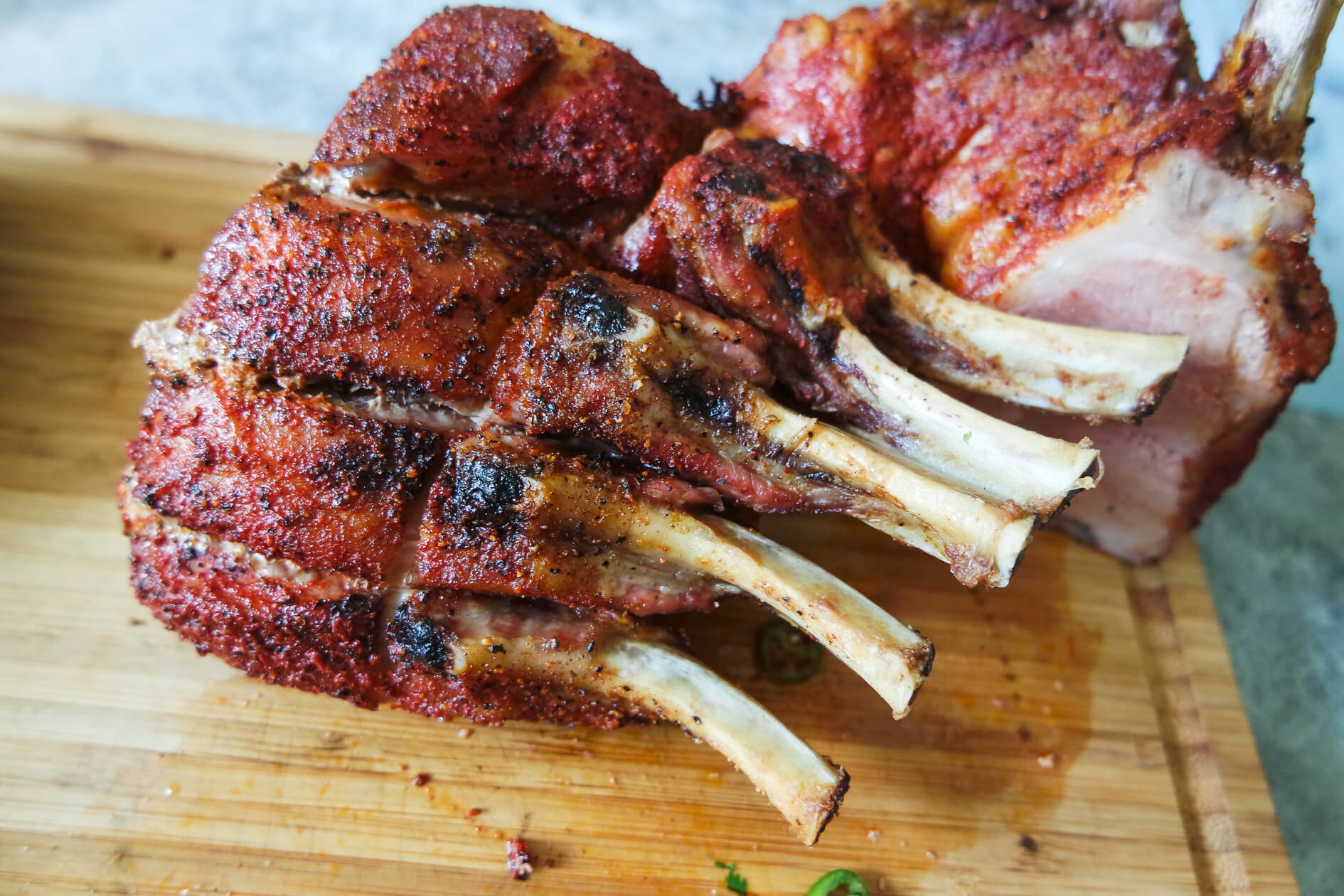 The method of cooking this crown roast was a reverse sear. Reverse is is any cooking method that uses low and gentle heat to start, then finishes the meat with a hot sear. The ‘gentle’ part of the cook can be anything from sous vide, to indirect grilling, to smoking. It’s not what you use that makes it a reverse sear, but rather the order in which you applied low then high heat. For this pork crown roast, I used my PK Grill, because it allowed me to cook both the pork and pineapple on one apparatus, but you can easily do the roast in an oven at the same temperatures as the recipe dictates. 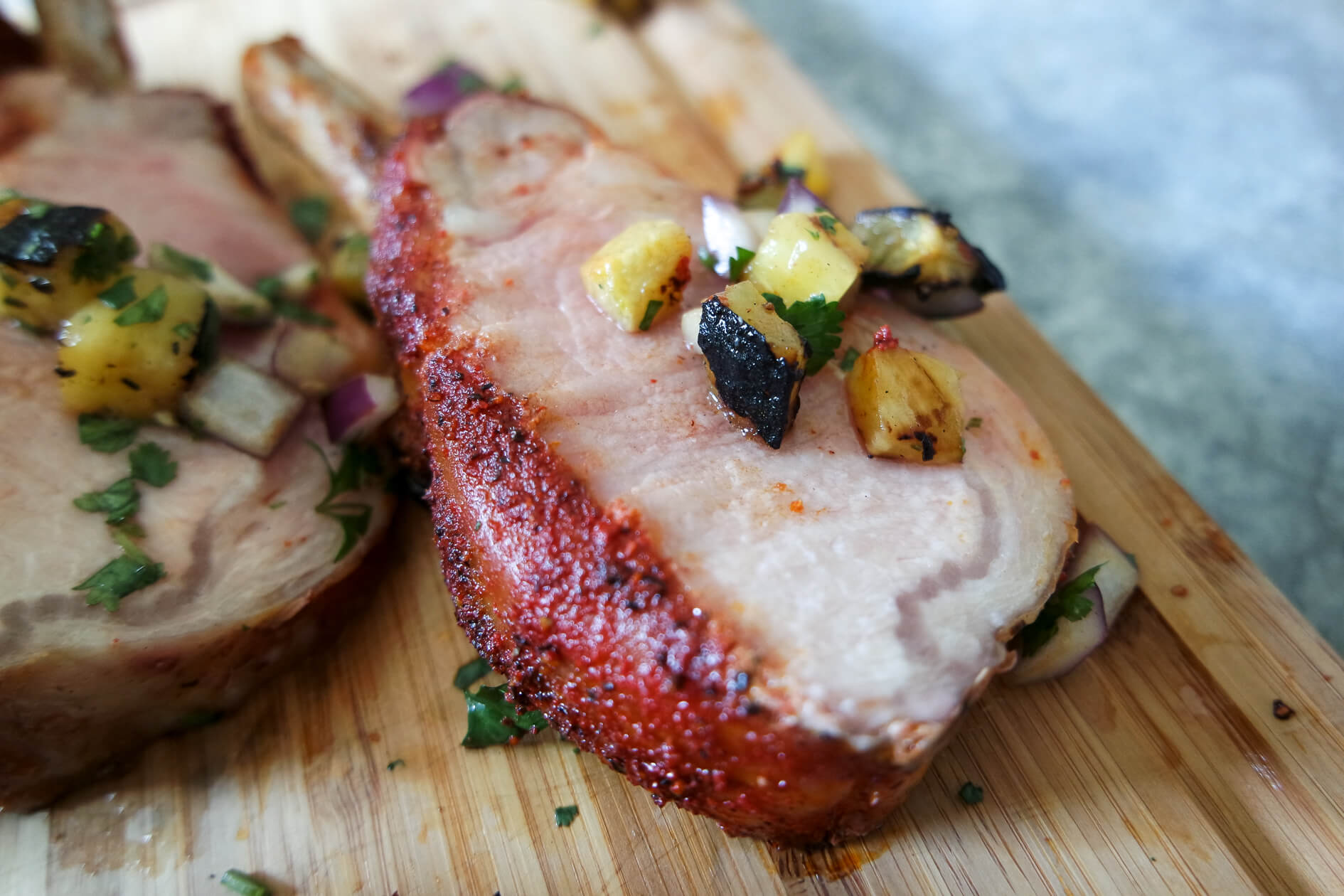