Moving to Texas from Australia was awesome for a number of reasons. Proximity to excellent barbecue, Tex Mex and Whataburger was an instant advantage. Getting to watch football games at normal time of the day (rather than 3am on a Monday morning) is another fringe benefit. But one of the real luxuries is not having the pressure of limited time, and being able to take great little road trips all over the great state and discover it’s many gems.

My latest adventure took me north west of Austin, out to the plains of West Texas and the city of Abilene. Well, technically speaking, it initially took me 15 minutes south of the city to a little town of under 500 people called Buffalo Gap, which also happens to be home to one of the most legendary steakhouses in the country, Perini Ranch. 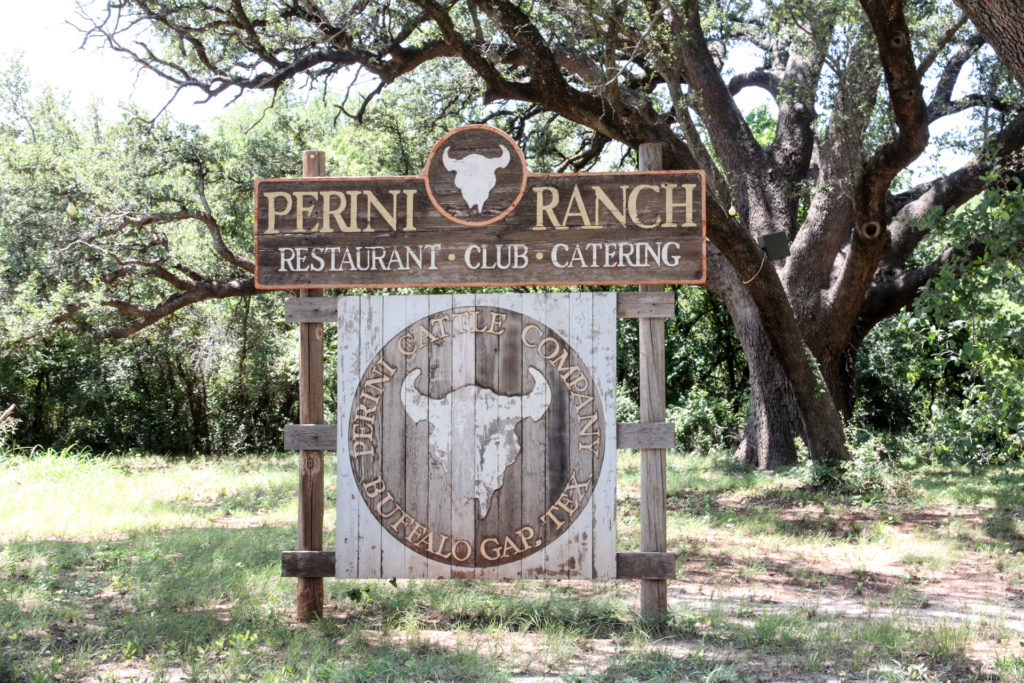 Tom Perini is an icon. A charismatic man with a well-worn cowboy hat and captivating drawl, he has released a cookbook, catered for Presidents, travelled to Japan, Poland and Russia as an ambassador for American beef and appeared in countless magazines being celebrated as the quintessential cowboy cook. Tom is the real deal, starting his career catering at ranches across the state and eventually opening up his restaurant in 1983.

There’s nothing fancy about this steakhouse. No compound butters, no dry ageing room, no Laguiole knives, and that’s just the way Tom wants it. He favors upper-third Choice grade meat, cooked directly over mesquite coals, and he includes a strong recommendation on his menu that folks don’t order their steaks well done. 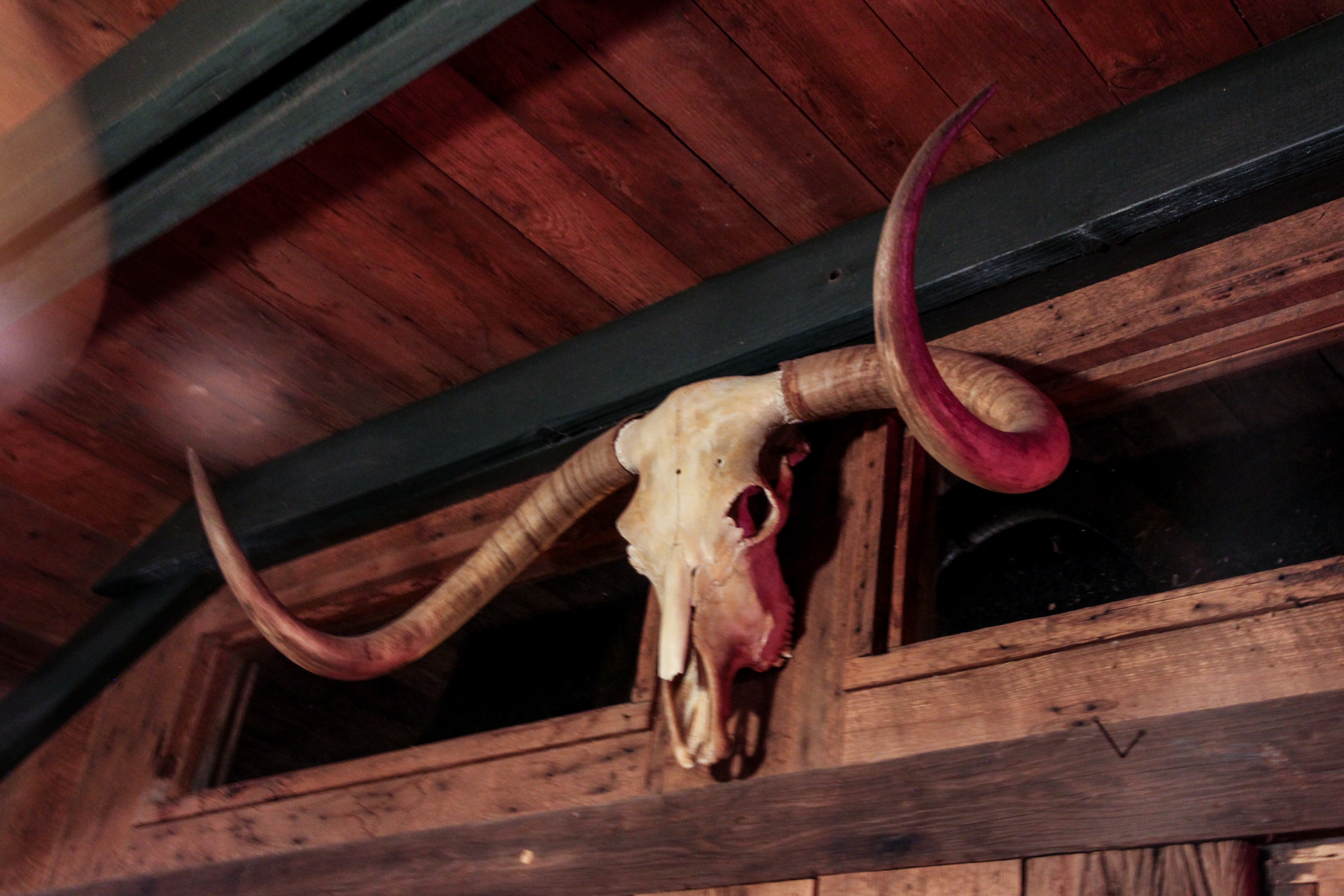 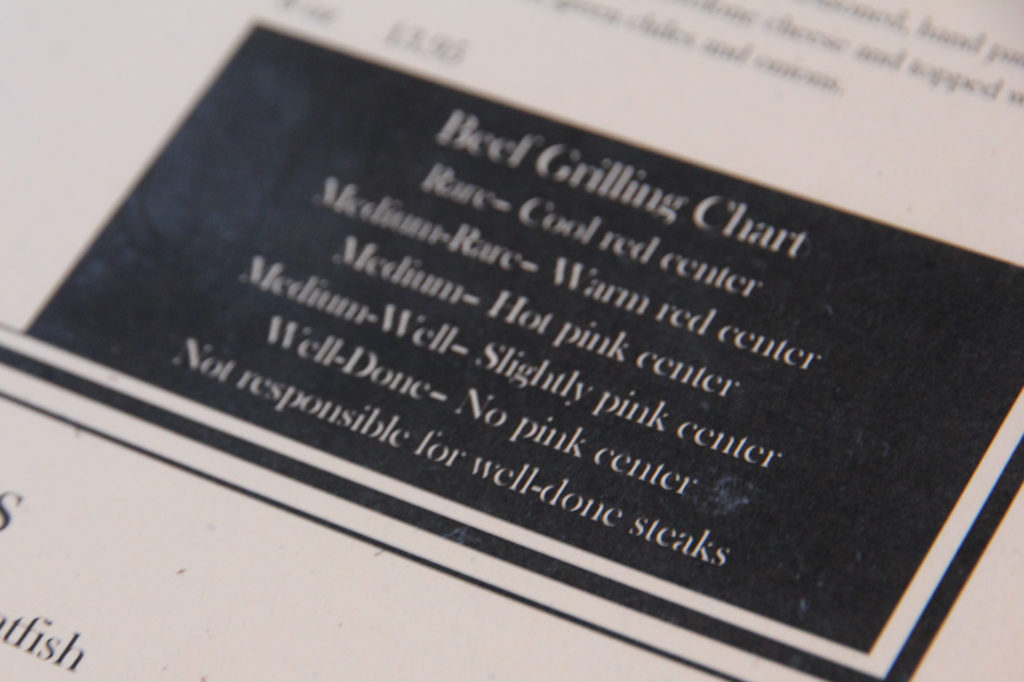 Taking a seat in the rustic dining room decorated with awards, faded Texas flags and taxidermied Longhorns, it was a pleasure to share a meal at Tom’s table, as he guided me on a tour of his menu. The food is uncomplicated and honest, with a focus on simple ingredients prepared with a great deal of care. The night I visited, the special was a Caprese salad made with incredibly fragrant tomatoes from a farm just down the road.

After being fed a procession of pork ribs, perfectly seasoned fried quail legs, cornmeal crusted catfish and a host of sides (including my new favorite, green chile hominy), my choice of a 22oz bone-in Cowboy Ribeye hit the table, cooked flawlessly to rare. Cutting into the very tastiest part of the steer, I hacked off a piece of the Spinalis Dorsi and in a gesture of respect, handed it to my host who took it from me with a knowing grin. Halfway into my ribeye, Tom asked me if I knew the difference between a restaurant and a joint. “Go on, tell me”, I said. “Well, see”, he drawled from across the table, “at a joint you use your hands. So pick up that steak by the bone and eat it proper”. And dammit if that’s not exactly what I did. 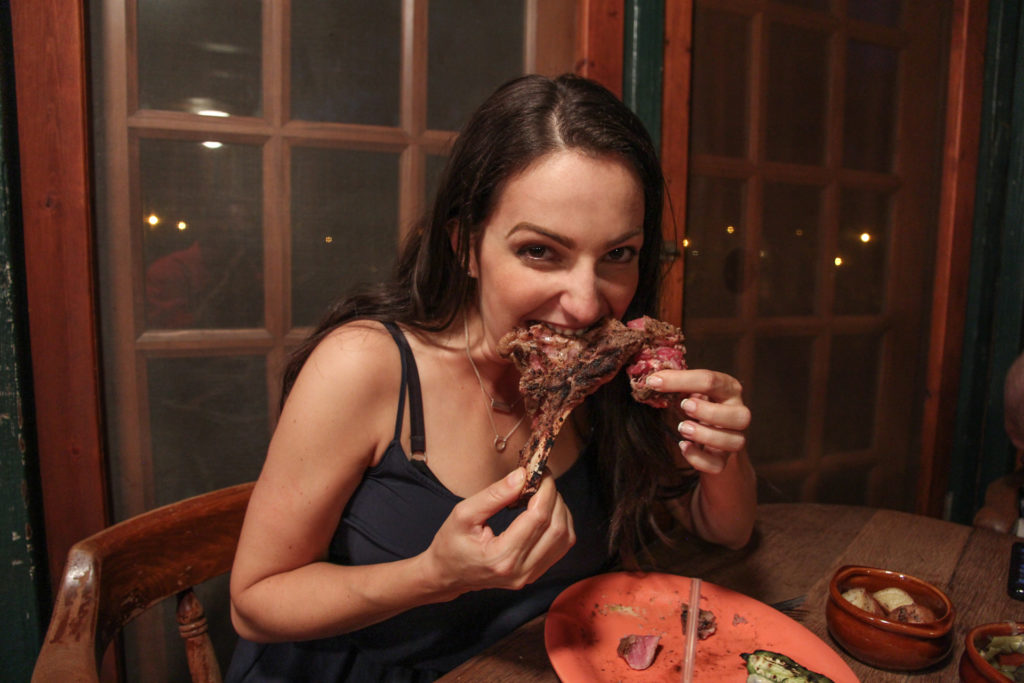 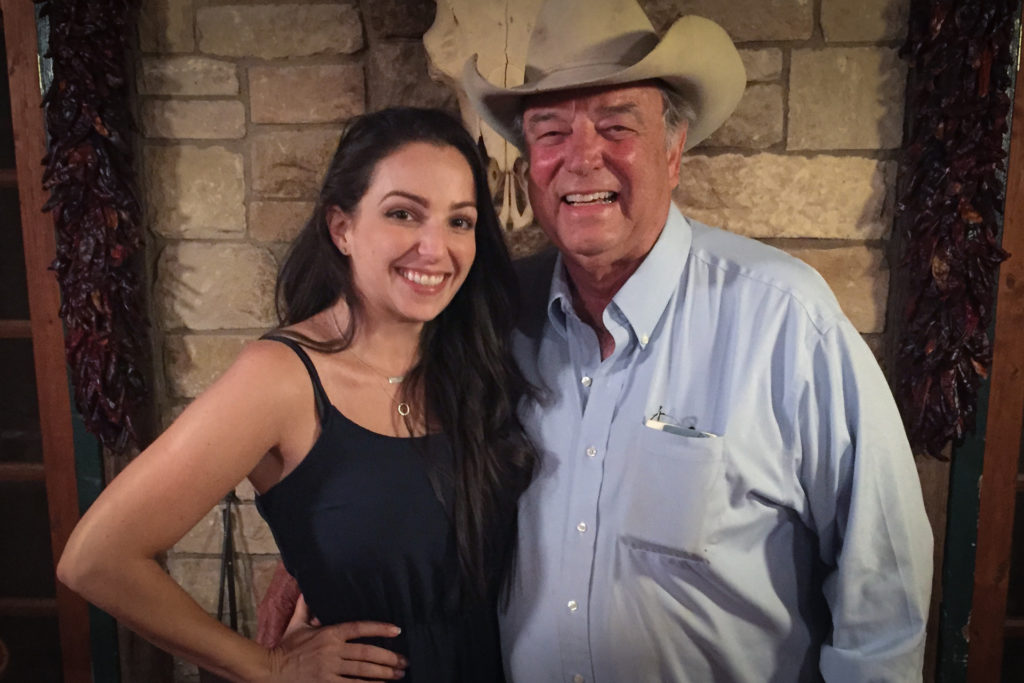 Long after the sun had set, I hit the road towards Abilene proper, where I would spend the next two days gorging on even more meat and discovering the sites. When you’re on a meat-themed road trip, you gotta learn to rally. So despite having downed a hefty amount of protein mere hours earlier, 11am found me standing outside Stillwater barbecue, the waft of smoke from the pit out back smelled of great promise.

It’s true that I believe Austin is the epicentre of modern Texas BBQ, with shockwaves rippling out to Dallas, Houston and other areas close by. Sometimes those shockwaves manage to travel a little farther out, as evidenced by the excellent barbecue found at Stillwater.

Matt Proctor moved away from a career in oil & gas to begin a BBQ catering service, which eventually morphed into his current brick & mortar joint. Let me tell you plainly, his food is excellent. Using an offset fired with mesquite and oak, he churns out impossibly juicy brisket, cayenne-flecked pulled pork, enormous pork spare ribs and a host of other meaty treats. His sausages are from Austin, too – Hudson’s jalapeno cheddar with the cheese oozing out from beneath the taut casing. Proctor may also have redefined comfort food with his brisket mac’n’cheese… Stillwater barbecue is a must-visit. 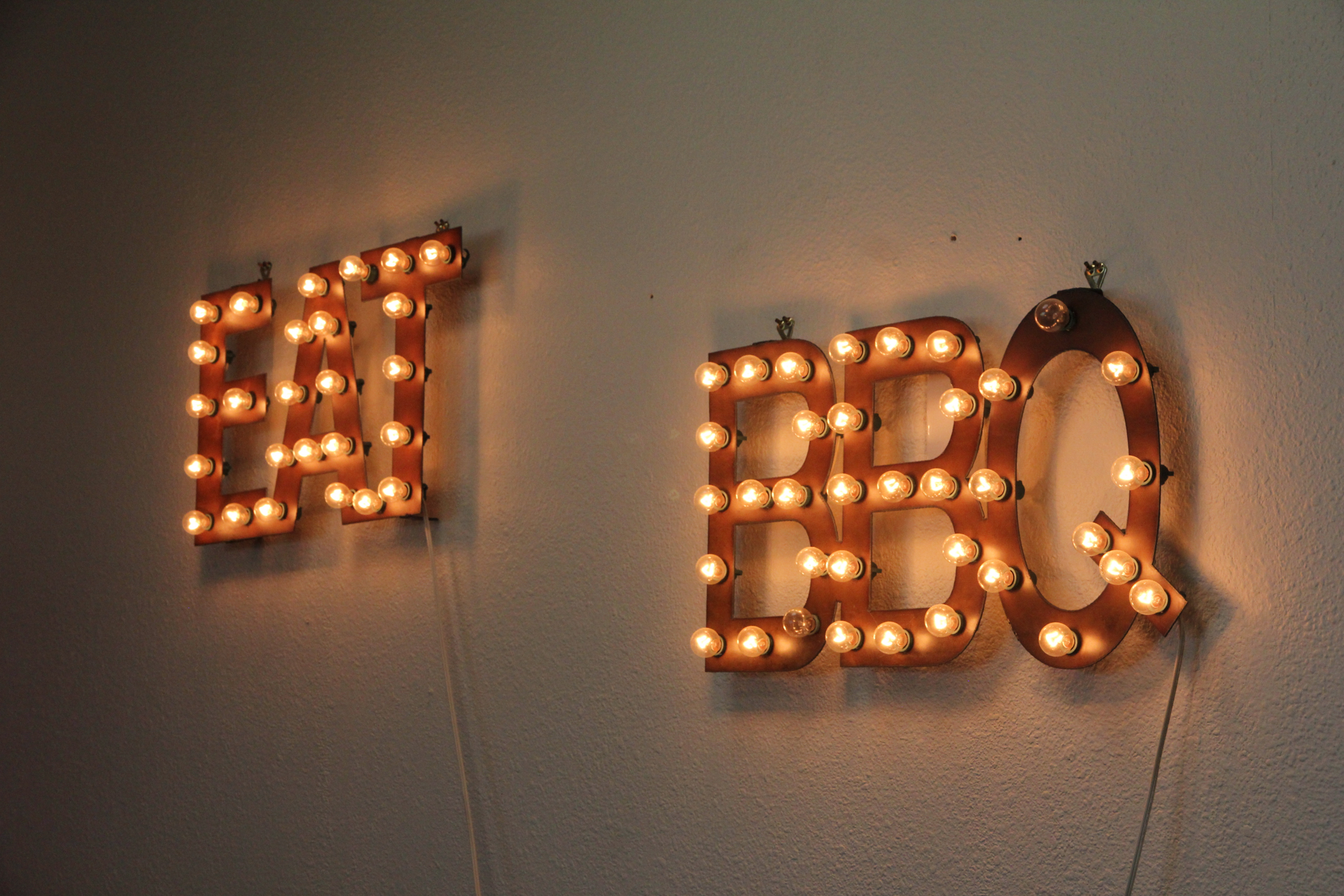 To get the most out of a trip out Abilene way, here are the things you need to check out:

I was a guest of the Abilene CVB who covered my accommodation and meal costs.