Based on an heirloom recipe from Alabama, this slightly sweet and super moist cornbread, baked right in the skillet, is a real winner.

During my seemingly never ending quest to season my cast iron skillet (got there in the end!), I had turned to my friend Russ for advise. He had been a most helpful ally in the battle to achieve seasoning glory, being ever so patient with my barrage of questions and emailed pictures with the accompanying subject line “WTF did I do wrong!?”.

Russ suggested the best way to help the seasoning process along was to make cornbread in my skillet, since baking it helps form the non-stick surface. So I asked him to share his recipe, and got cooking. Happily, not only did it assist with the seasoning process, it also happened to be quite delicious! 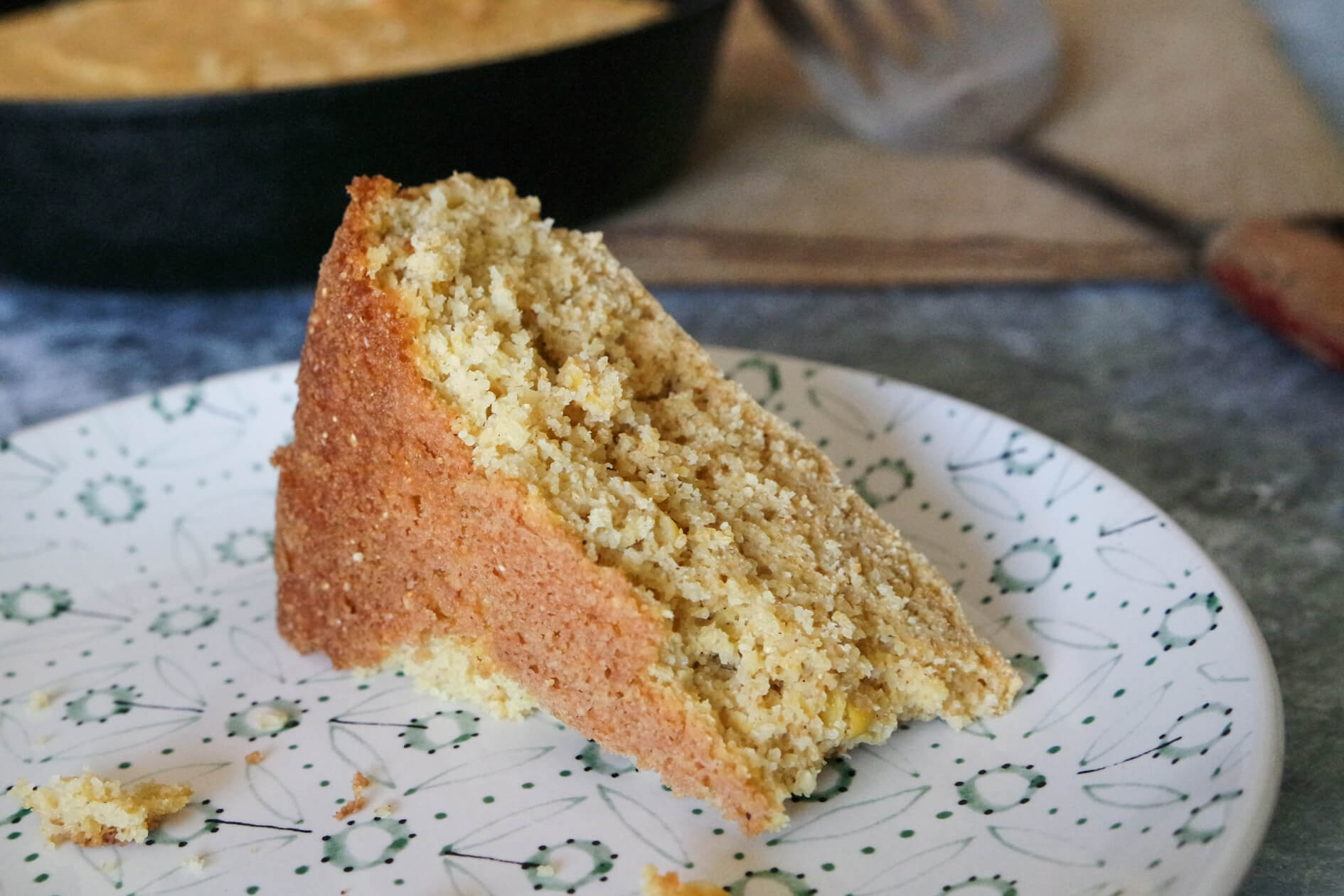 Russ is a genuine Good Old Boy from down South, living in Alabama and hailing from a family who can trace their lineage back to pre-Civil War Georgia. So as you can see, this recipe comes with an impeccable provenance. This recipe precedes grocery stores, and thus most of the ingredients are items that many rural folk grew or made themselves.

As Russ tells it: “back in the day you had to grow your own corn and send it to the local grist mill that used a water wheel (or mules walking in a circle if you were not near a river) to power the grinding stones, hence “stone ground”. They also kept cows for milking, churned their own butter, made their own cheese and cream. And of course they had plenty of chickens for eggs or for frying.”

Naturally, the recipe has no doubt changed and been tweaked as it’s been passed down through generations, and over the years of making it even I have changed it slightly, adding cream corn both for visible flecks of corn, and to guarantee beautifully moist cornbread every time.

The only other thing you’ll need is a curl of butter and a generous drizzle of honey. 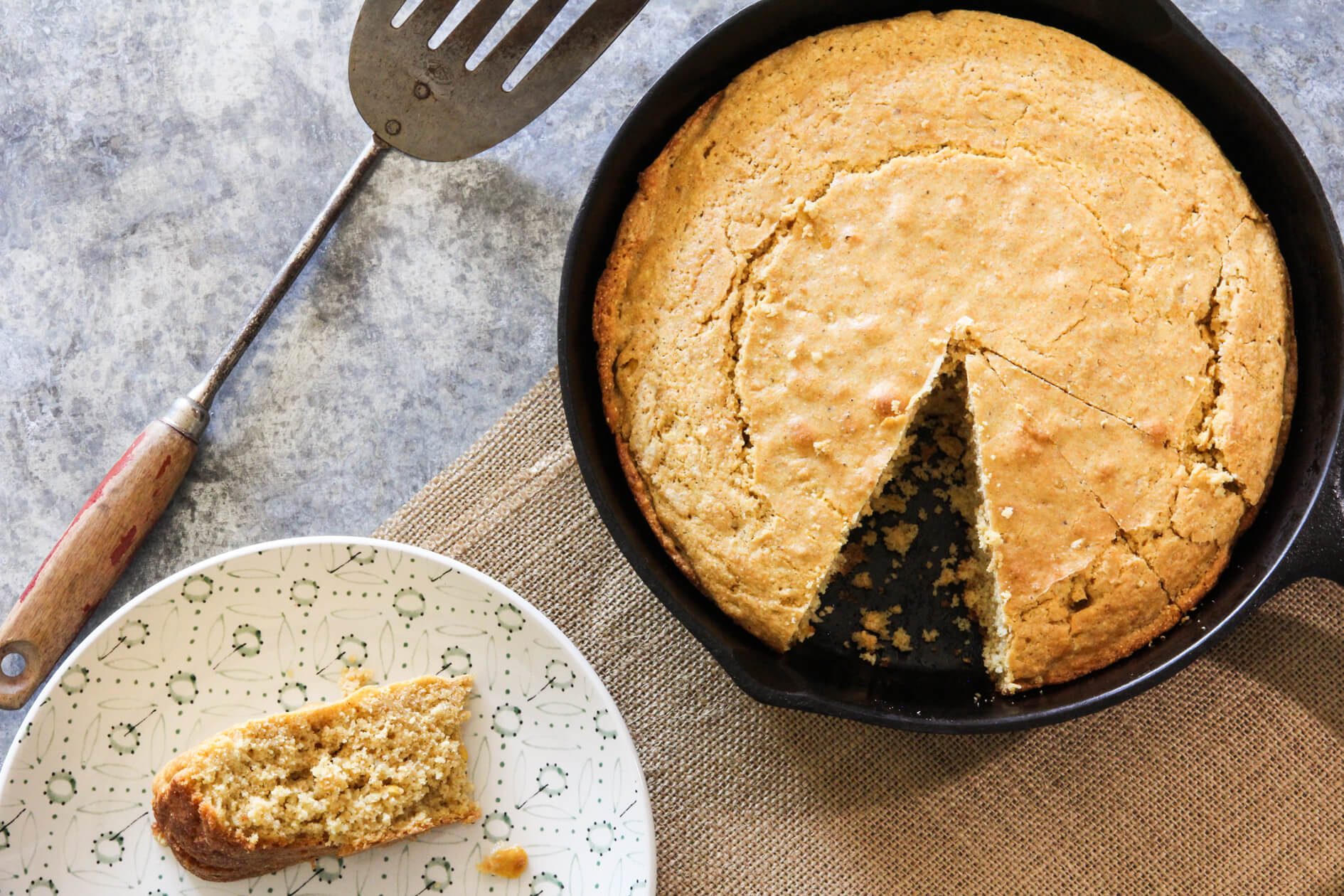