Let me tell ya, summertime in Texas ain’t no joke. It’s nearly comical that so much smoked meat gets produced during the summer months – it’s stinking hot down here! We’re talking over 100 degrees most days, and no matter how many frosty beverages you may have in your hand, standing by a grill or firebox to produce a heavy, piping hot meal just won’t cut it. 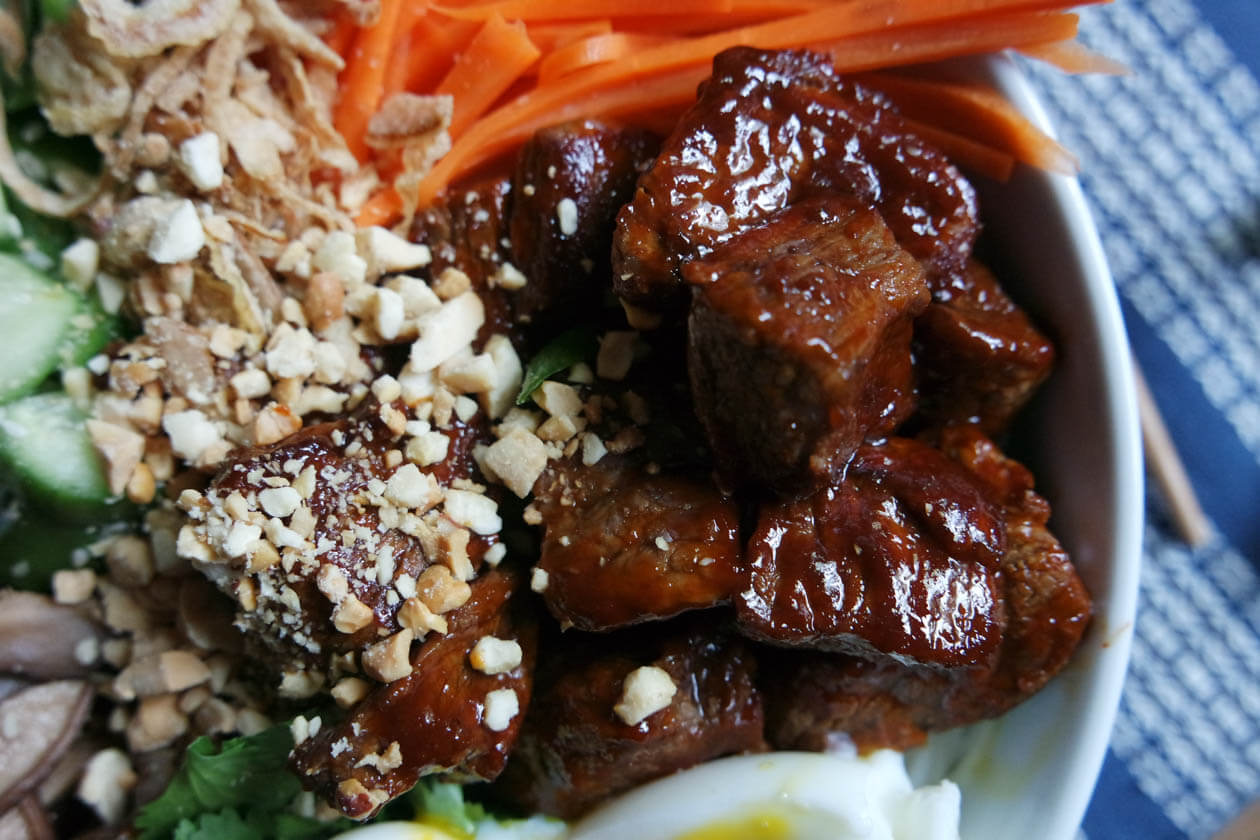 Don’t think this means you need to give up red meat, though, that would just be silly! I eat red meat at least 5 times a week, and ain’t not hot weather gonna make me give that up. You just gotta think a little creatively – like these cold noodle Korean beef noodle bowls! Don’t worry, the beef is warm, it’s just the veg and noodles that are cold, and when mixed all together, it’s the perfect spicy and refreshing meal. If you’ve never had Gochujang before, it’s a hugely popular Korean sauce (that you can actually get in most grocery stores these days), and it tastes like a rad combo of miso, BBQ sauce and Sriracha. Just trust me, you’re gonna love it. 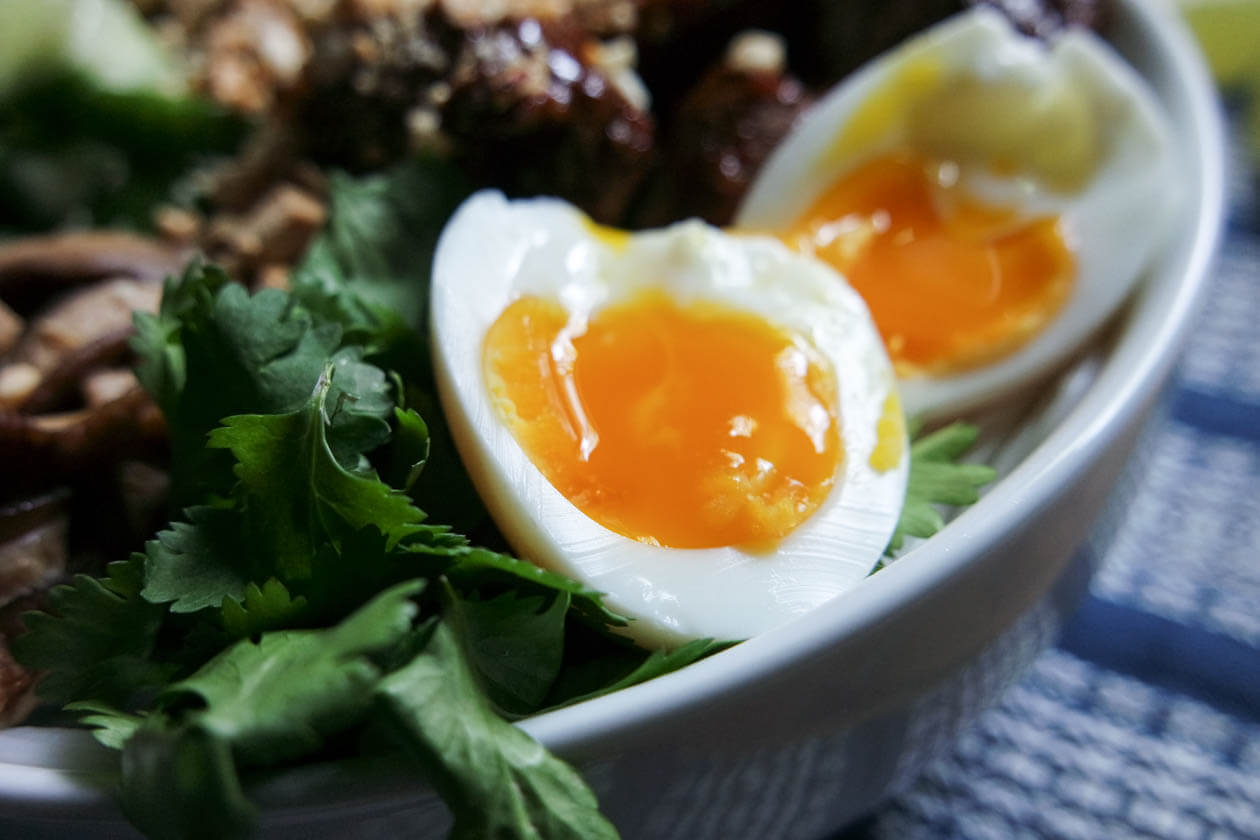 For this recipe, I used Snake River Farm’s Tenderloin pieces, which are tender (as the name would suggest!) little morsels of American Wagyu filet trim. Remember that time I told you about the Tenderloin tip? See, the psoas major (the scientific name of the muscle that filet comes from) tapers down to a thin tail at one end. These tips/tails aren’t nearly thick enough to comprise a steak, but are just as tender as every other part of the muscle, so they’re really great eating, and at a much more affordable price per lb than full sized Tenderloin. So, yay!

Best of all, this dish is actually very easy to make, more of an assembling process, really, and you can easily prepare most of it in advance. It’s fresh, tasty (and dare I say it) fairly healthy, but with all the added luxury of chunks of filet mignon! Get ya some: 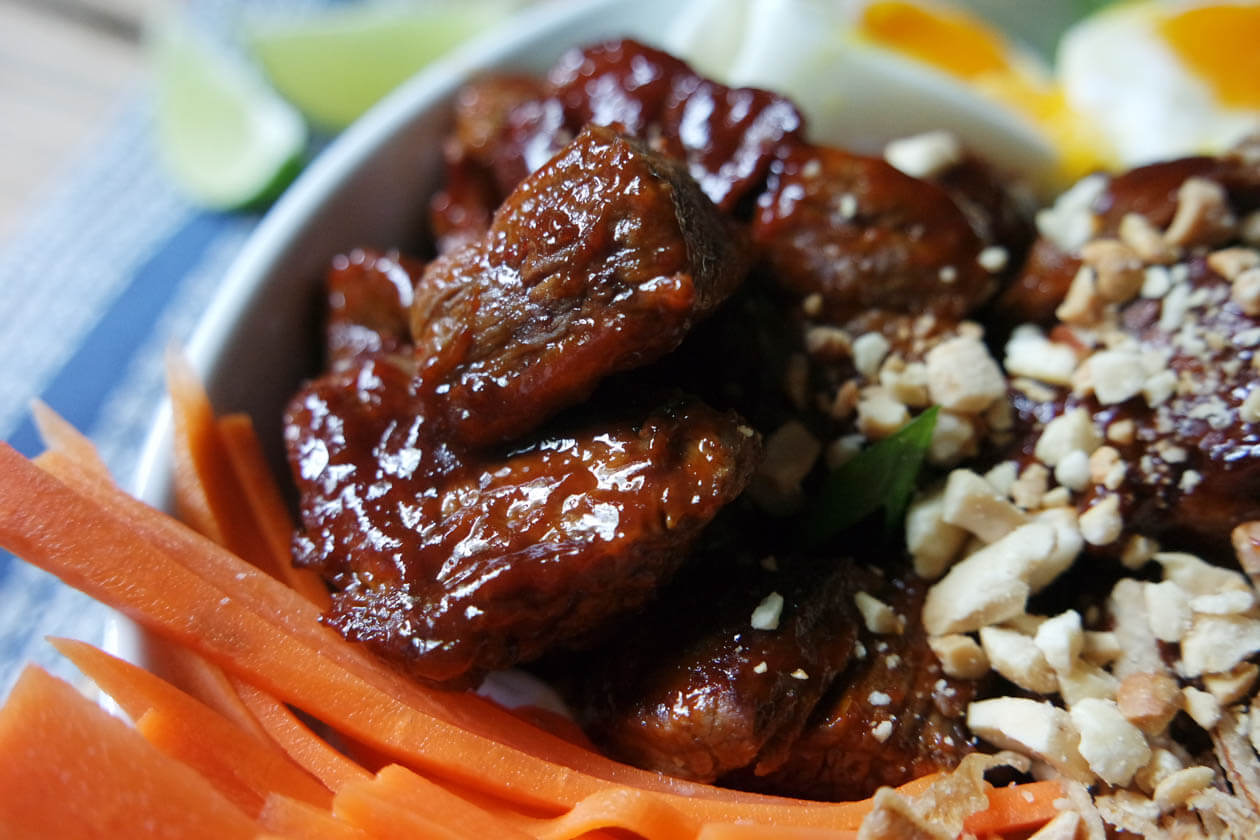 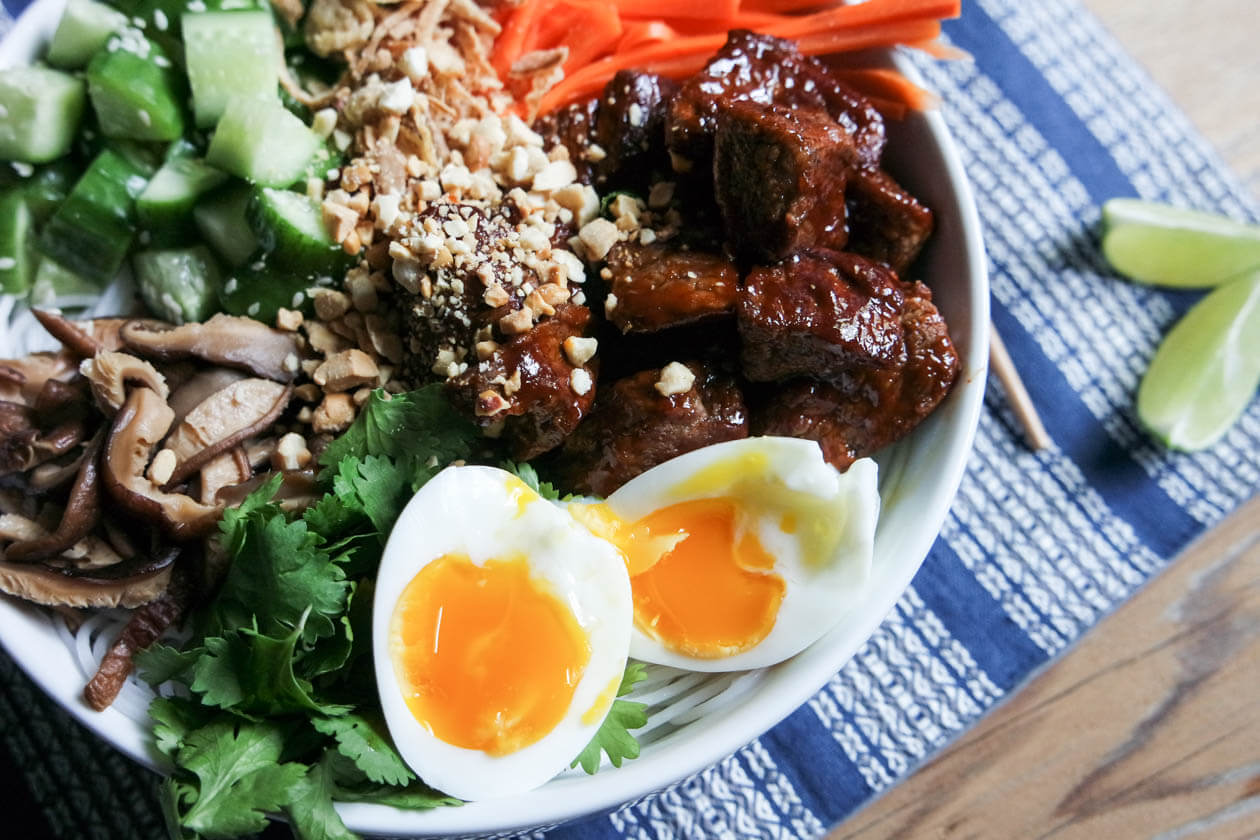 THIS POST IS SPONSORED BY THE FOLKS AT SNAKE RIVER FARMS. SPONSORED POSTS AND AFFILIATE LINKS HELP TO SUPPORT THIS SITE. I ONLY WORK WITH PRODUCTS THAT I PERSONALLY USE OR WOULD GENUINELY RECOMMEND.