Luscious melted brie, rich lobster meat and the unmistakable flavor of the grill makes for a luxurious hot grilled dip.

Let me tell you the story of this recipe. I was trying to come up with a way you can affordably serve lobster at the holidays. Giving each guest their own lobster tail is not exactly a practical or frugal option. But the holidays are the perfect time for special and luxury ingredient – a time to really treat yo’self (and others). My solution was to come up with an appetizer that included chopped lobster, so it would go farther. And who doesn’t love a dip?

But, I didn’t stop there. While lobster on its own would have been enough, I reckoned I could really up the “special holiday dish” factor by adding gooey cheese and a gruyere crust. The final product was just as epic as I had hoped. It’s unbelievable rich – which means you’re only going to need a few bites. And THAT brings us back to the whole point this recipe exists: it’s a GREAT way to feed several people using just two small lobster tails. 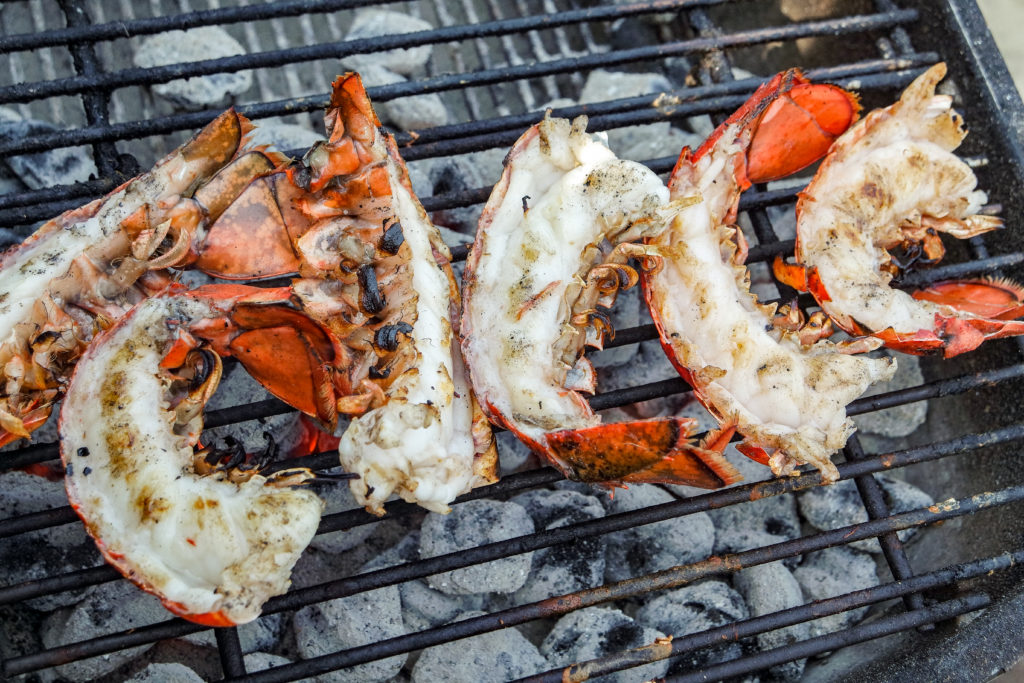 Why this lobster dip is great to grill:

There’s a two part flavor that is imparted to this dip. First, the lobster is grilled over the coals to actually cook it. This creates an unmistakable, smoky chargrilled taste. Second, while the coals/grill is still hot, we’re going to actually warm the dip in there. So now there’s a secondary “oomph” of grilled goodness over the whole dish. Grilling creates such a unique and subtle flavor here, it’s arguably an ingredient on it’s own!

Where to source your seafood:

You can try and source lobster from your local grocery store – many have seafood departments who are happy to take special orders. Visiting a local fishmonger is also an option. But the further away you are from an ocean, the harder is can get to source quality produce. You can buy super fresh seafood online which is overnighted to your door, and I recommend the lobster from Fulton Fish Market. While you’re at it, you may as well throw some other goodies in your cart and make these clams with pancetta or these grilled whole shrimp.

How to make lobster & brie dip without a grill:

Although the grill does lend a unique flavor, AND helps clear oven space when preparing a feast for a crowd, sometimes it’s just not possible to use one. This recipe can easily be made using precooked lobster meat, and then cooked in a 350f oven for 15-20 minutes until bubbling and brown. You can even use the broiler to get a little extra crust on top.

The magic umami ingredient you need for ALL dips:

For every single dip I make, I always use my Hardcore Carnivore Amplify seasoning. It’s a mega-umami flavor bomb of savory goodness, that is still very neutral in taste. It’s packed with umami ingredients to give your dips a boost of “I’m not exactly sure what that flavor is, but it’s AWESOME”. A little goes a long way, and you use it in place of salt (since it already contains salt). If you choose not to use Amplify (though I’m really not sure why you would!) you can just use salt instead. 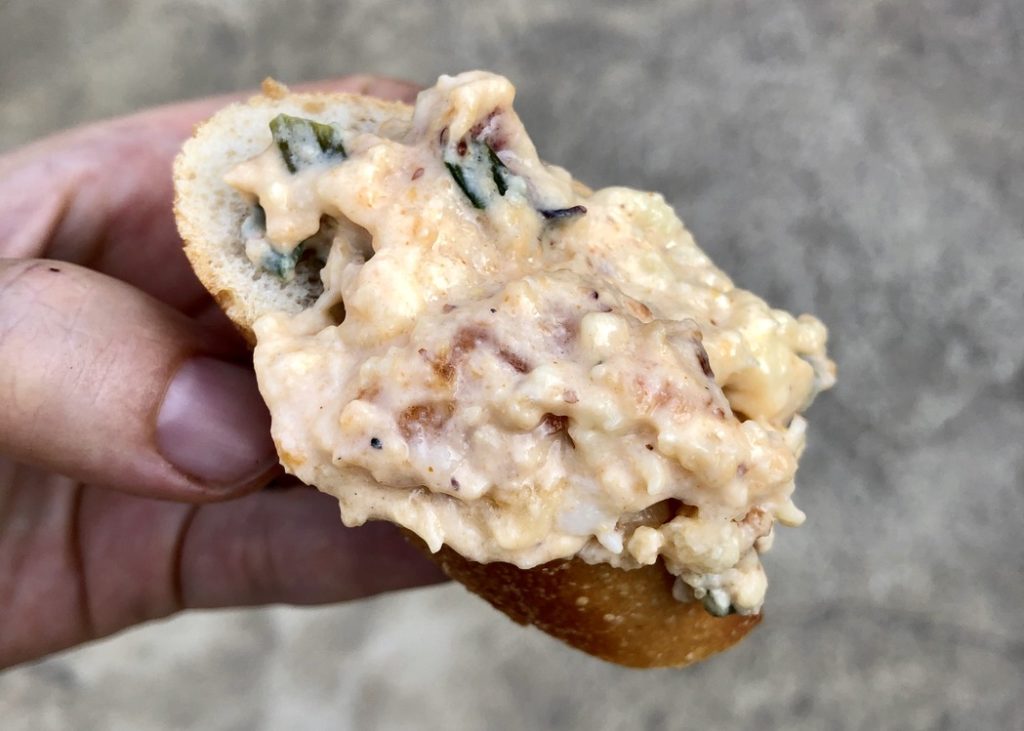 6 oz gruyere (or other melting cheese)