The trick to this grilled octopus is a gentle poaching to tenderize it before charring it over charcoal.

Octopus is just one of those proteins that seems to make people squeamish. Which frankly is their loss. It’s one of those ‘ugly delicious’ cuts, like cow tongue. Cuts that seem a little gross at first, but are actually incredibly delicious. While beef tongue is rich and fatty, octopus is tender and delicate, and giving it a finishing sear over charcoal makes it spectacular.

I found my octopus tentacles at a local fine grocery store, so thankfully didn’t have to deal with the head. There are some other great resources online for cleaning and preparing whole octopus, but this recipe is for tentacles only. Honestly, I love the weird/awesome texture of the suckers so the tentacles are my favorite part anyway. A note here – you want to source fresh, not pre-cooked octopus. It’s ok if it’s frozen or thawed, but it has to be raw.

If you’ve never tried it before, you should know that octopus can be notoriously tough and rubbery. The first question most people ask is how to get the octopus truly tender. If you tried to grill the octopus from raw stage, you’d end up with the most awfully chewy tentacles, so the meat needs a little help before it hits the grill. The TRULY old school Greek fisherman tenderizing method is to bash the octopus against some seaside rocks, but I’m going to assume you don’t have that kind of rock access, and lord knows there are cleaner ways to go about it. Boiling is the most common way to soften the meat, and that’s the step I’ve found most successful. Some folks say you need to add a cork to the water to tenderize it, but by all accounts that’s one of those old kitchen myths. My friend Hank Shaw swears by a second step of dry dutch oven roasting over herbs. And while Hank’s method does add another flavor dimension, I was really happy with the results of my less time consuming method, which adds the herbaceous flavor at the end thanks to a fresh drizzle of oil and herbs.

A final note about skin-on versus skin-off. Dan Gritzer at Serious Eats SWEARS that the skin is the best part. When you pre-cook the octopus gently, the skin ends up developing a soft, gelatinous texture. I am sorry to go against the grain here, but I am not a fan. First, while I love that soft texture in things like beef cheeks, I really didn’t enjoy it with the octopus. Second – this gelatinous layer is really wet when it comes out of the boiling pot, and will destroy any chance you have of grilling up a decent char. The most wet the surface of the protein is, the harder it is to get a decent sear (this is all thanks to the Maillard reaction). The only way to counteract that is to add in the extraordinarily protracted step of airdrying the octopus in the fridge for 24 hours before searing, or to remove the skin altogether. I am team “remove”. 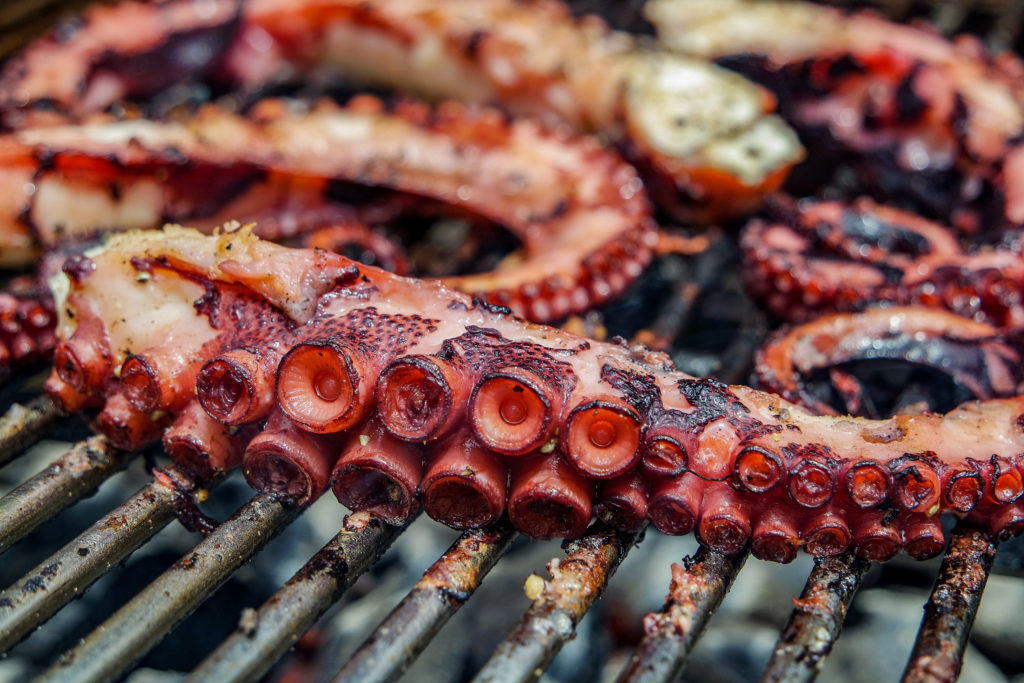 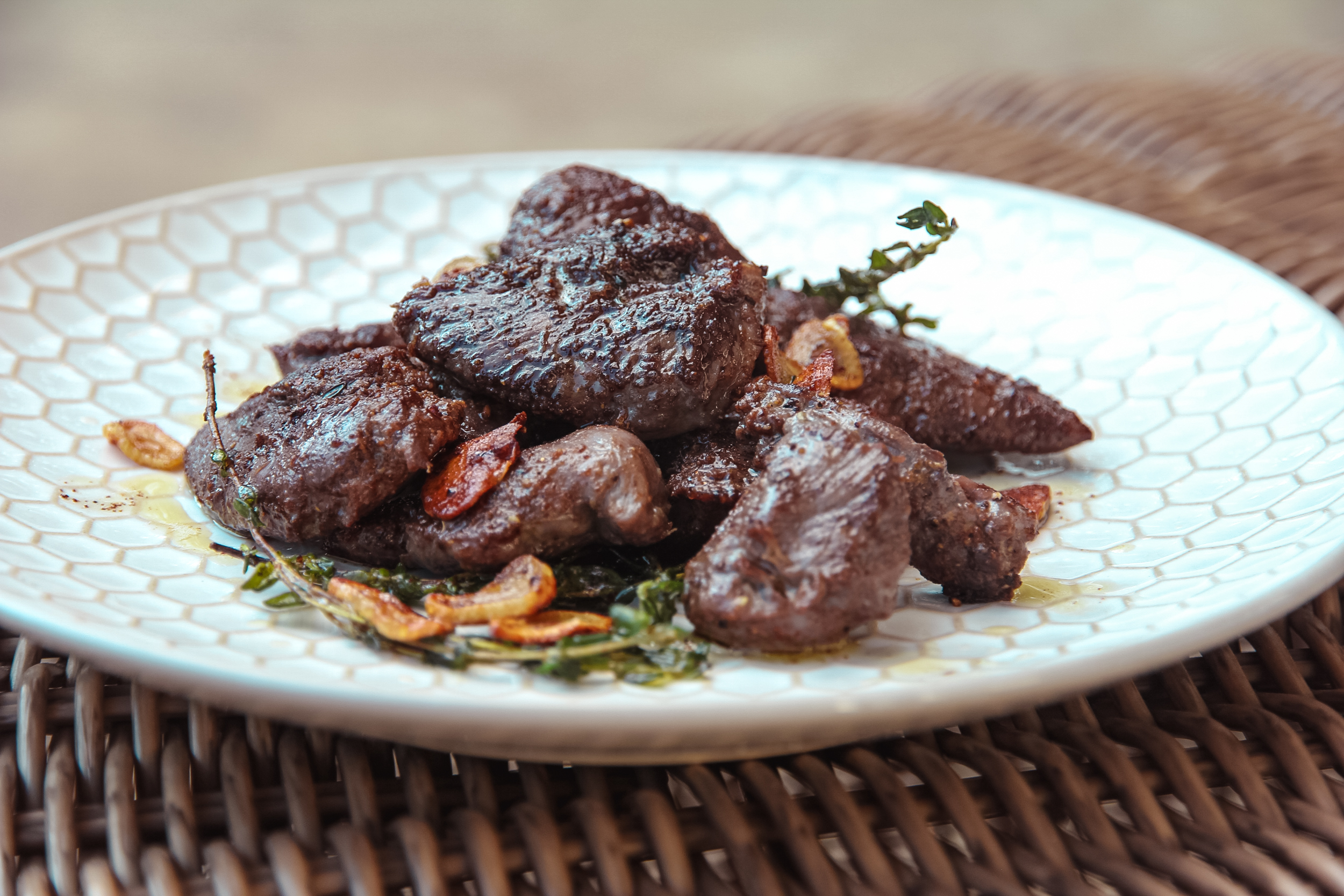