A little sweet, some salty, and plenty sour, this green tomato salad is a perfect fresh side.

I actually came up with this recipe by accident. I was visiting with friends in Kentucky, and for several days had existed primarily on a diet consisting of meat and bourbon. Things were reaching peak indulgent level pretty quickly. Brisket was planned for dinner, and while brisket is never a bad idea, I knew I wanted something really clean and fresh to accompany it after all the richness. So, I wandered through an unfamiliar grocery store, grabbing at various ingredients, and this salad was born! 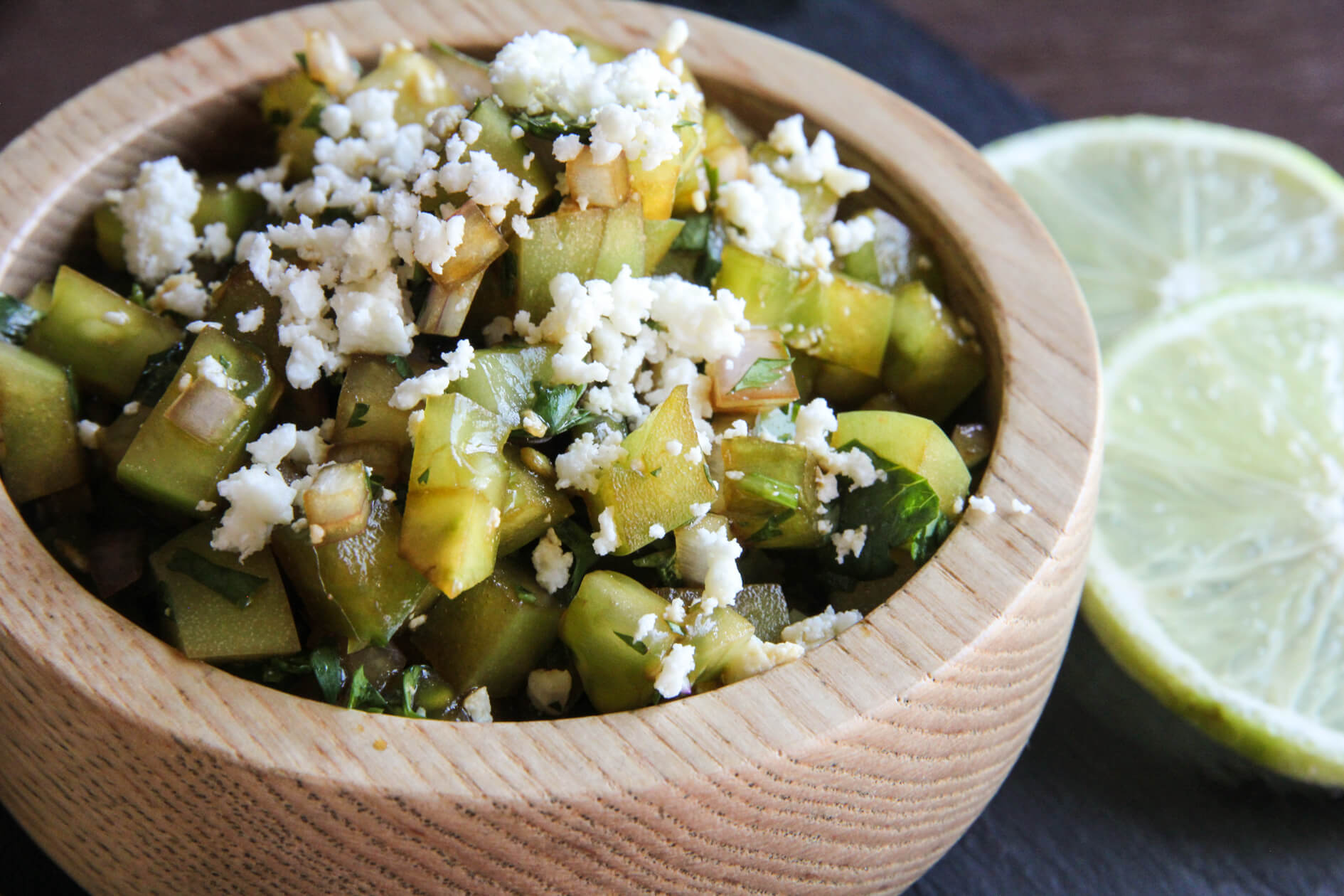 Green tomatoes are the bomb. And they can do so much more than just allow themselves to be fried. And if you were wondering, they are in fact their own variety, not just under-ripe regular tomatoes. Green tomatoes are very firm, and are super tart, so they do well with the balance of a little sweet and also mellow out with nice quality olive oil.

The flavors kind of start off southern (green tomatoes, sorghum molasses) but then take a twist towards the border with the Cotija cheese. Although I originally intended this salad to be a side, I’ve managed to repurpose it as a taco topping, eaten it with tortilla chips as a salsa and it also tastes great over a couple pieces of toast. Kind of like a green tomato bruschetta. 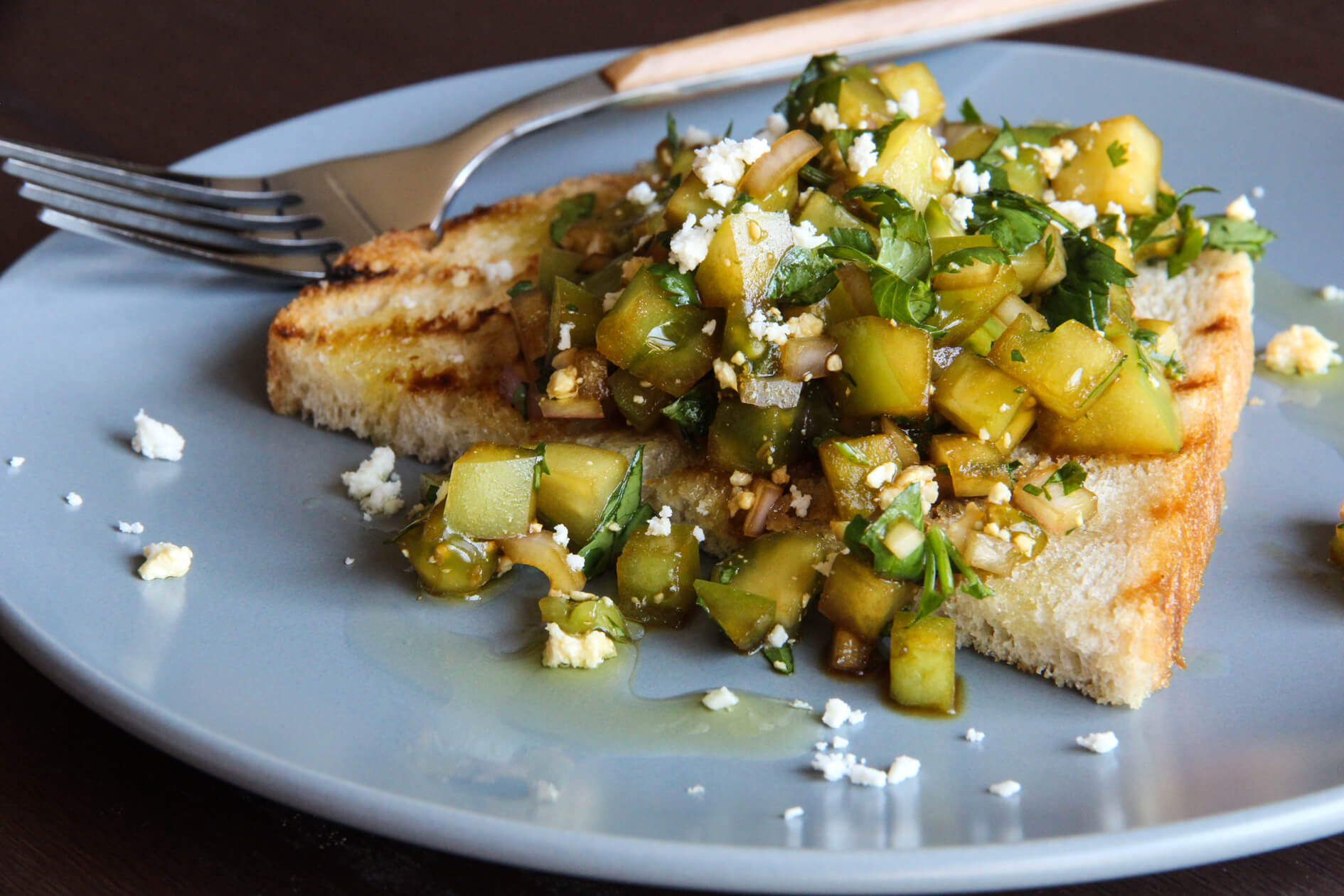 1–2 tablespoons of sorghum or blackstrap molasses