President Obama famously gave Five Guys the seal of approval when he stopped in for an ‘impromptu’ visit to pick up a couple of cheeseburgers. And I gotta tell ya, the man has great taste.

The distinct red and white coloured Five Guys locations are now strewn all over the country, having grown to over 900 stores in just 10 years since they began franchising. Now you can also order your burgers online, plus… there’s an app for that.

The theme at Five Guys is ‘value for money’. The “regular” burgers are in fact double patties, any additional toppings are at no extra charge, you’re offered free peanuts as you wait for your food and the fry cook will throw in an extra generous handful of fries into your takeout bag.

The free peanuts are quite the source of contention, actually. They’ve given rise to obligatory “allergy warning” stickers on the doors, and then there are the OCD people who think that there is nothing grosser than a huge open crate of self serve peanuts that random strangers have been sticking their hands into. I for one am a huge fan of the peanuts – they come with the shell still on, and that’s more than hygienic enough for me.

Five Guys offer both regular and “Cajun” fries, the later of which you can smell as soon as you push open the door to the restaurant (it’s a little intense).  I always order the plain kind – I actually hate seasoned fries. The dry spice mix just ends up being too intense, coating your tongue with an in-your-face combination of bold spices. Blah. I want to be able to taste my burger. Truthfully, one order of fries is usually enough for two people, unless you’re hungover or greedy.

The burgers are where the magic truly happens. They are just another example of why a simple takeout burger is far superior to a tall stack burger in a fine dining restaurant. The meat isn’t too thick and perfectly in balance with the sandwich. The bun is soft, compressing neatly underneath your fingers, the perfect vehicle for getting the filling to your to mouth without taking up valuable  stomach space. And the cheese…. oh the cheese… 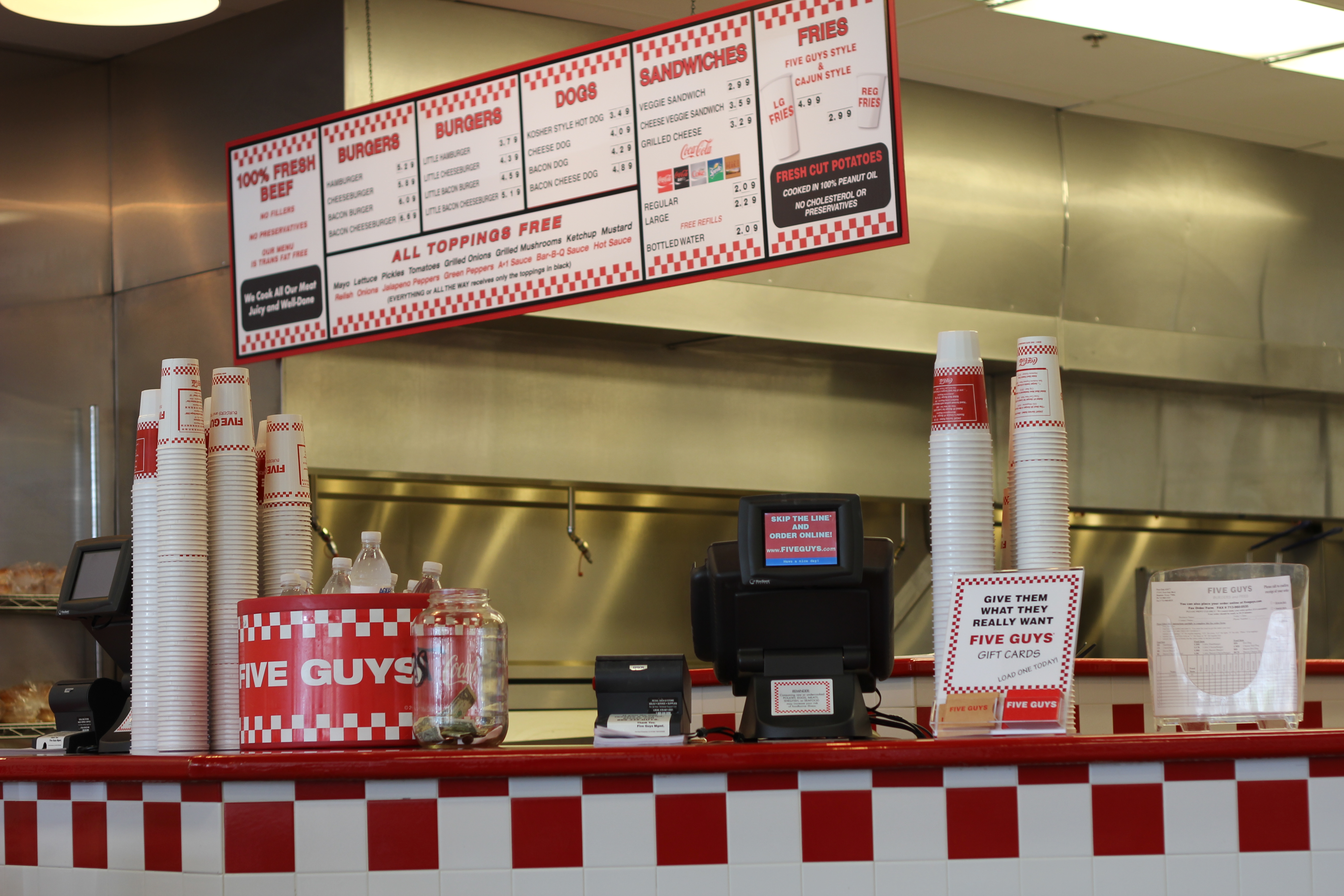 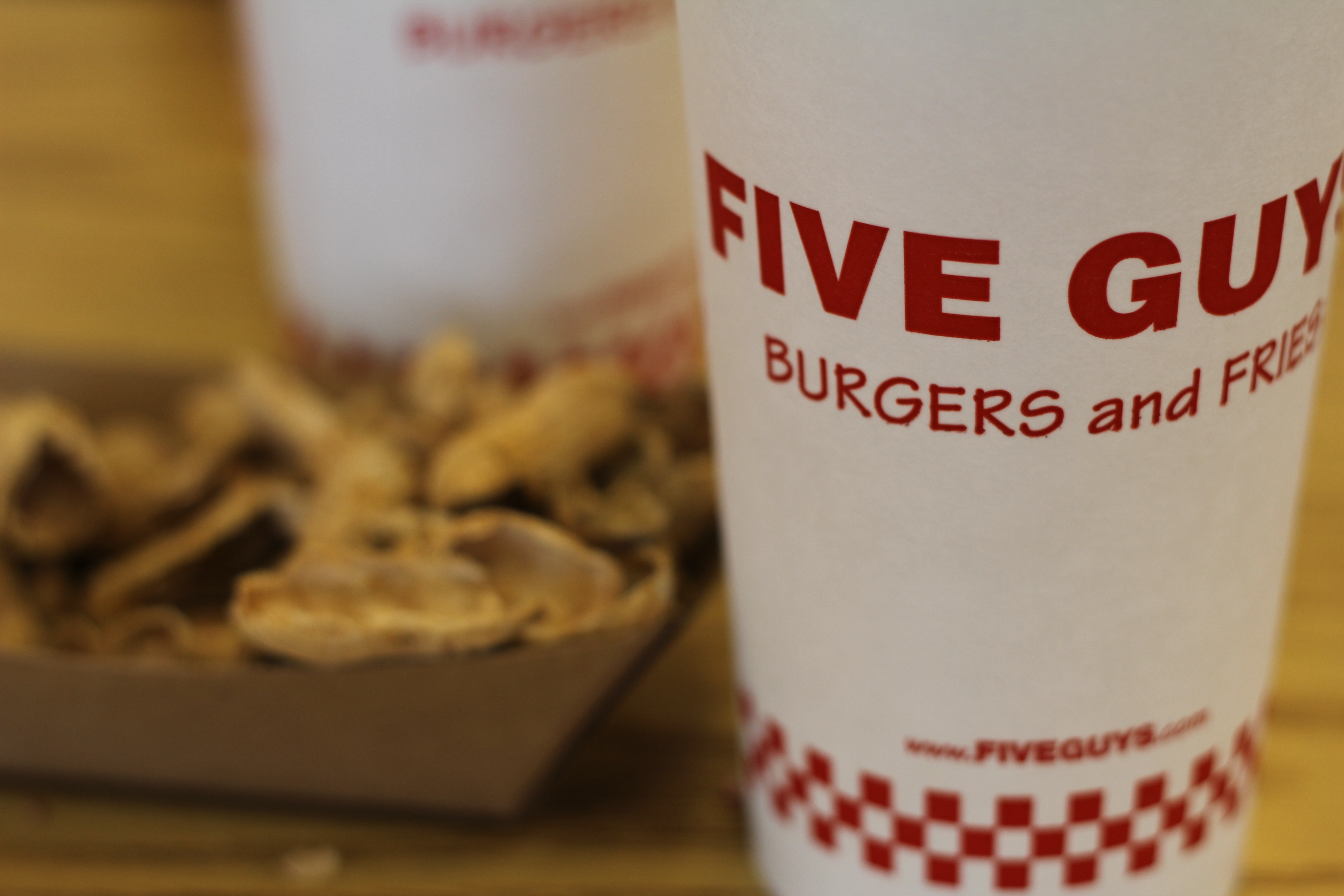 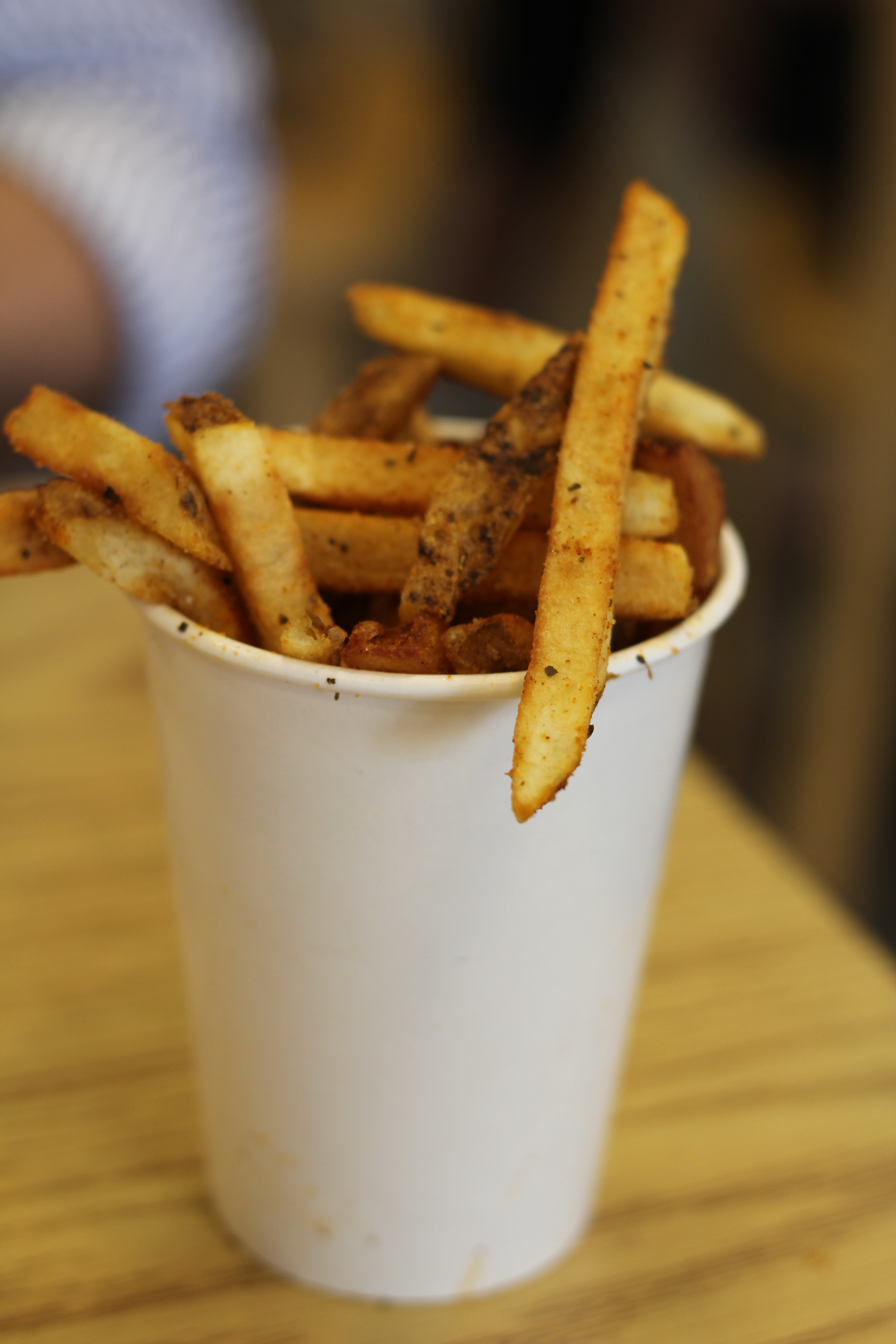 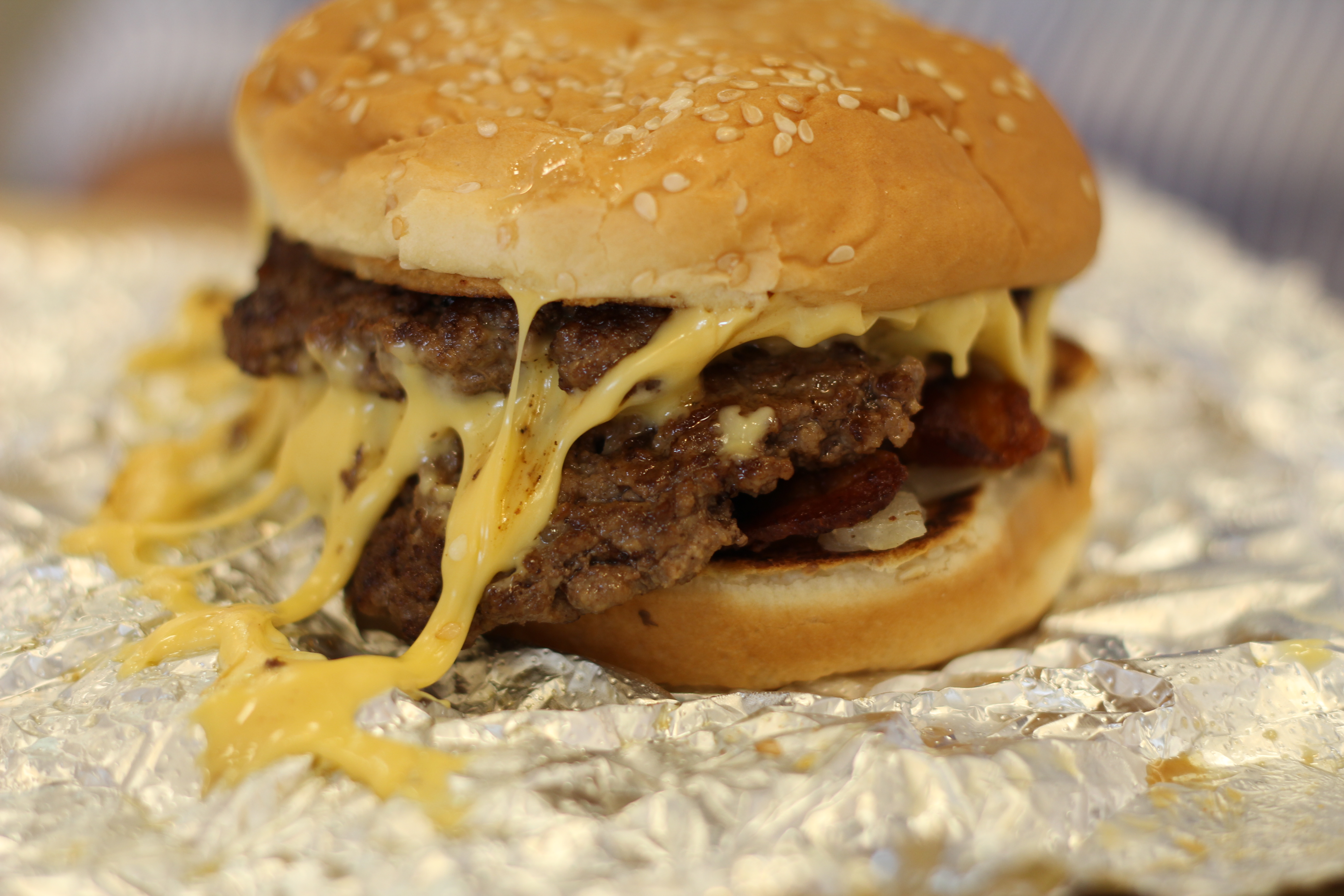