Elizabeth’s – the home of praline bacon 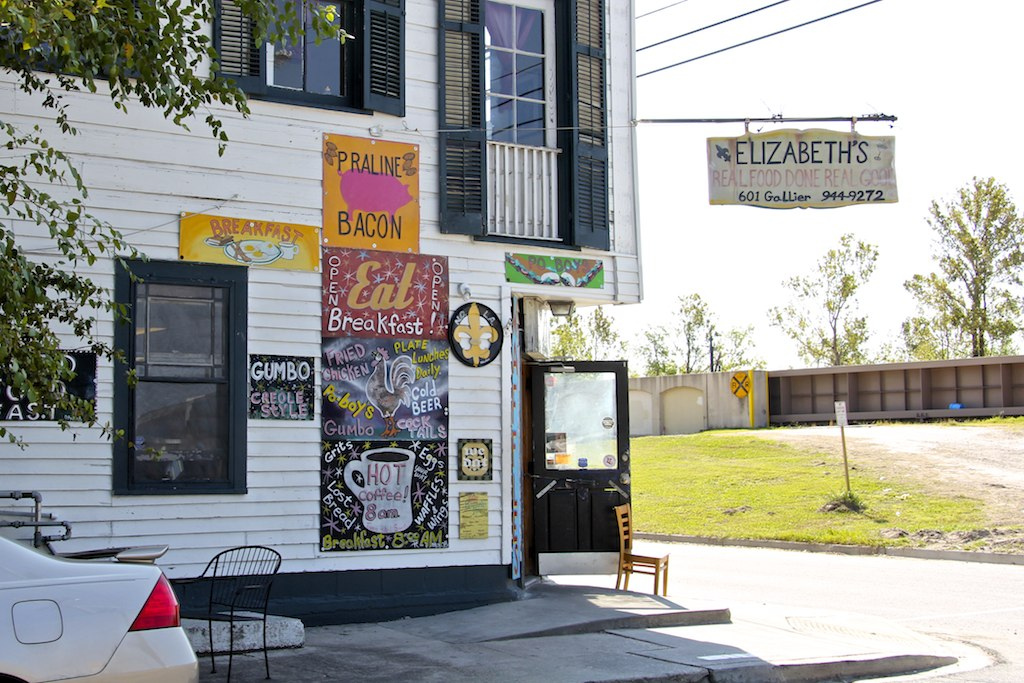 I have been to New Orleans many times now, and have been meaning to visit Elizabeth’s Restaurant for years. Years, I tell you! It’s located in the Bywater district which is geographically close to the French Quarter, and yet miles apart in atmosphere.

Basically, although it’s one of the new trendy hotspot neighbourhoods, it’s also still very local and there are pockets of it which are just not safe. So to get to Elizabeth’s, it’s much advised to drive rather than walk. It’s a destination restaurant, not really close to much else, which is why it took me so damn long to get there!

Imma sum up this post now for ya: I had one of the best breakfasts of my life in this restaurant.

So, Elizabeth’s is the place that is credited with inventing praline bacon, a delectable pecan and sugar-lacquered version of bacon inspired by the unofficial NOLA candy, the praline. It’s every bit as good as it sounds, and I saw that just about every table had an order when I was there.

Yes yes, the bacon was magnifique. But for my actual breakfast I ordered Redneck Eggs- fried green tomatoes topped with poached eggs, hollandaise with a side of grits and a huge baking powder biscuit.

You may refer to this as fried green tomatoes Benedict. Whatever you decide to call it, just…wow. Tart tomatoes, gooey soft poached eggs, rich hollandaise. Just wow. As someone who fancies herself as a bit of an expert, the biscuit was also a pleasant surprise, being uber fluffy and delicate, the mark of a gentle maker. The server told me they are handmade by a guy from Texas who uses an old family recipe. FTW.

The only recommendation I have that is not glowingly positive is to advise against the “hash browns”. They are in fact potato hash, not grated hash browns. Yes, even this slight difference can be the cause of breakfast chagrin.

So sure, Elizabeth’s a little pricier for brunch than some other options in town, but the quality of every element of my meal was completely worth it. If you find yourself in New Orleans anytime soon, you’re a fool if you don’t make time in your schedule for a stop at Elizabeth’s. You’ve been told. 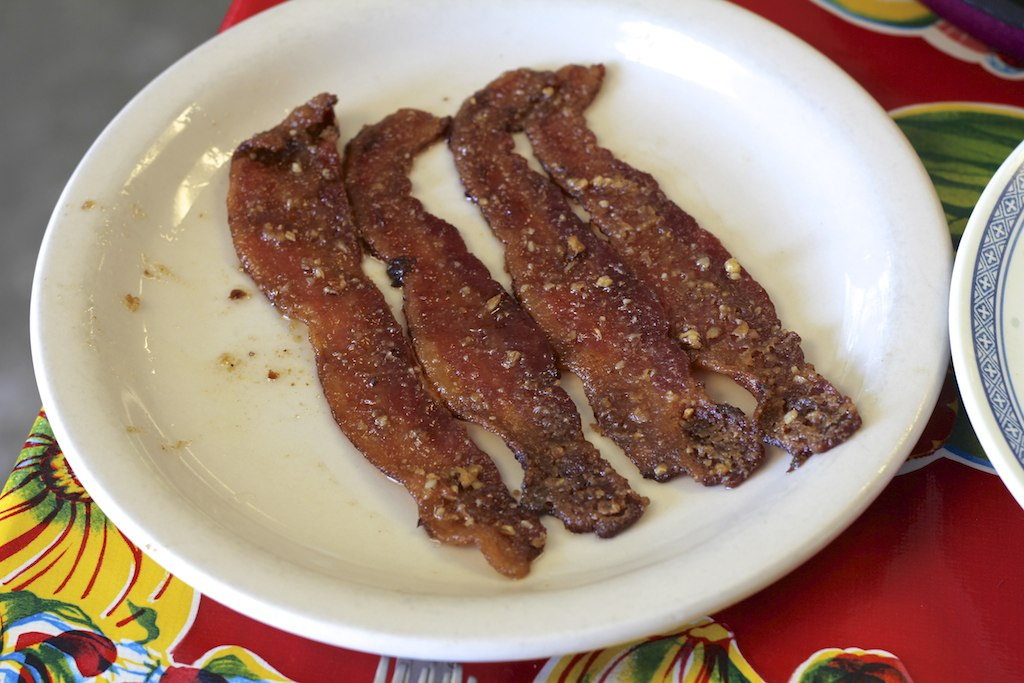 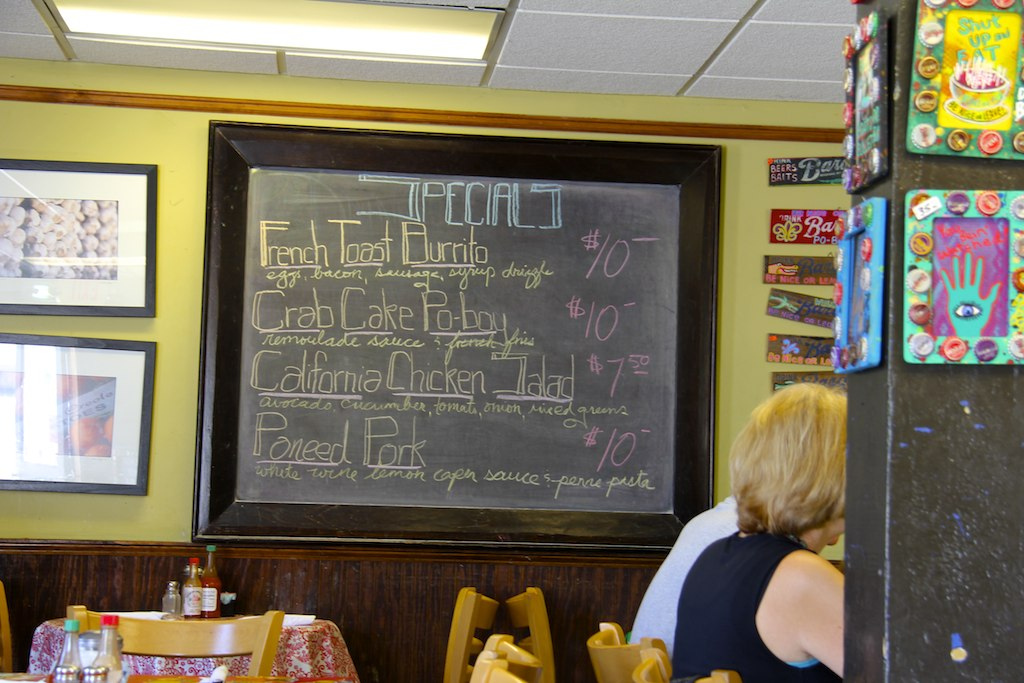 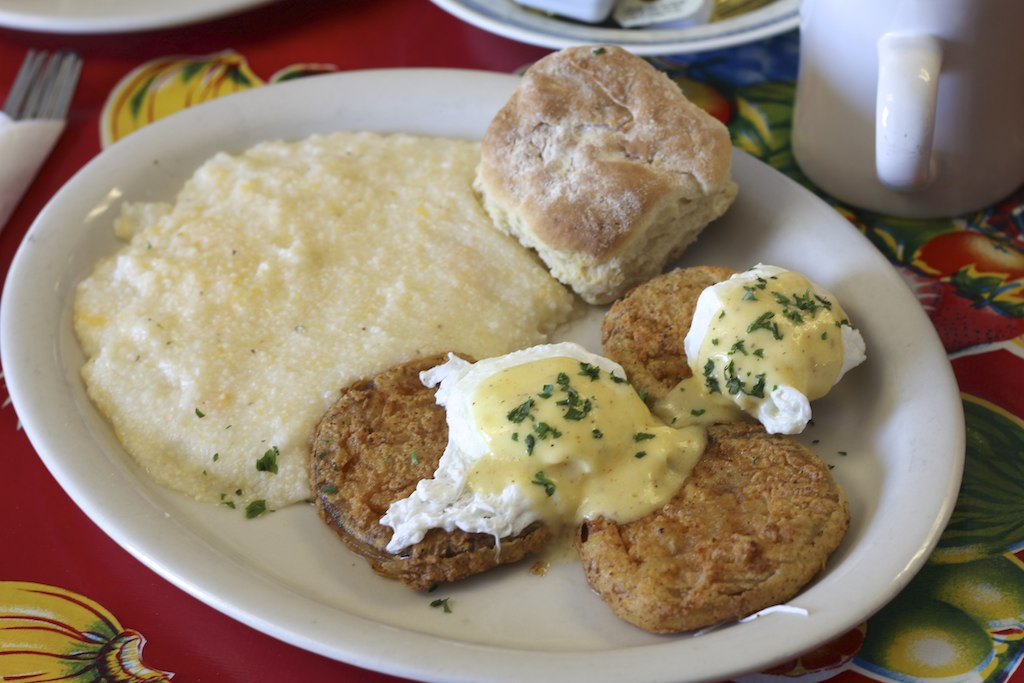