Burger Tex – where you build your own

At Burger Tex you quite literally, build your own. They hand over the bun and patty, you do all the rest.

There aren’t that many variables in the world of eating burgers. Sure, sometimes you’ll see interesting and unusual ingredients (like the peanut butter & bacon burger at Yo Mama’s in New Orleans), and of course there is a huge difference between the two basic types of burgers, but other than that, it’s  much of a muchness.

But have you ever been to a place where you dress your own burger at a salad-bar-type set up? Because I have!! It’s called BurgerTex, and it’s one of those wonderful “preserved in time” burger joints that you hope will never renovate the dining room and kill the vintage ambience.

Thankfully, the burgers are fresher than the decor, with buns being baked on site twice daily. The menu is extensive, and very much a “build your own” format. Pick from 4, 6 or 8oz patties with other options like turkey, chicken, catfish and even a veggie burger, for those so inclined. Feel like something a little left of centre? Try their Bulgoki Burger (Korean BBQ) – instead of a pattie formed with mince, it’s made with finely chopped skirt steak. I have no idea how such an old school all-American place came to feature a Korean BBQ sandwich on their menu; perhaps we can assume they were ahead of the Korean fusion trend before Roy Choi did his thing? Visionaries.

Yes, when you’re first handed a sad open bun with a cheese-glued patty, things look a little dismal. But have a little faith, a visit to the salad bar and the change in appeal is palpable. You know, maybe there is something to be said for vegetables after all. As long as they are always eaten as a garnish to meat, of course.

Here’s another example of the before image, but with fries and onion rings (heck, they even have fried okra if you have a thing for snotty vegetables!).

Not unlike the saga of Fran’s and Dan’s, BurgerTex seem to have a little drama regarding other venues of the same name, and warn on their website that they’re “not affiliated any one of imitators around Austin and Houston”. I can’t really vouch for the others, nor can I figure out which are legit franchises are which are impostors, so just go to the one on Airport, ok?

By the way, a 4 oz dressed cheeseburger with a large soda and fries will set you back just under $9. Prices also seem to have  frozen in the same era as the furnishings, and that’s just fine by me. 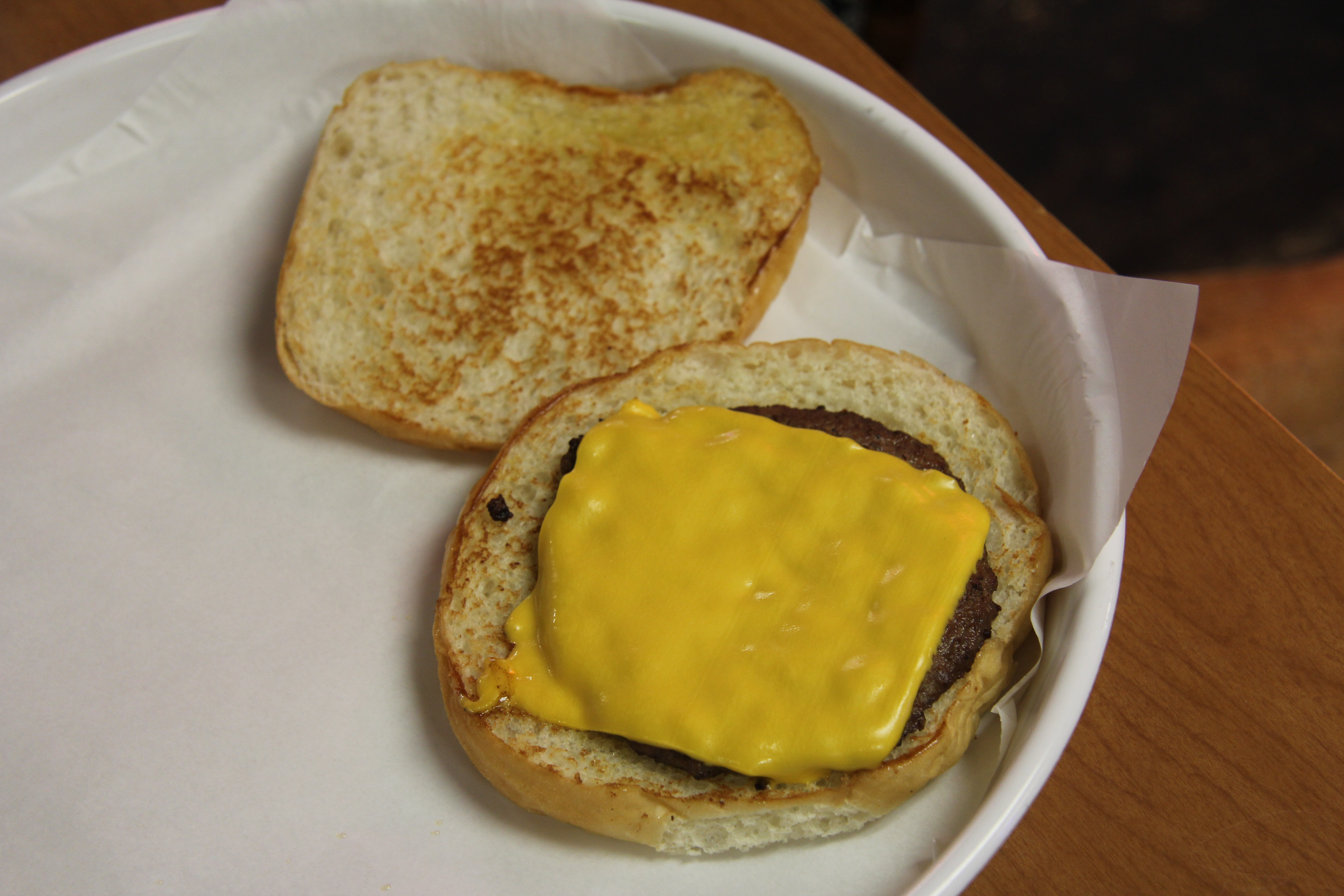 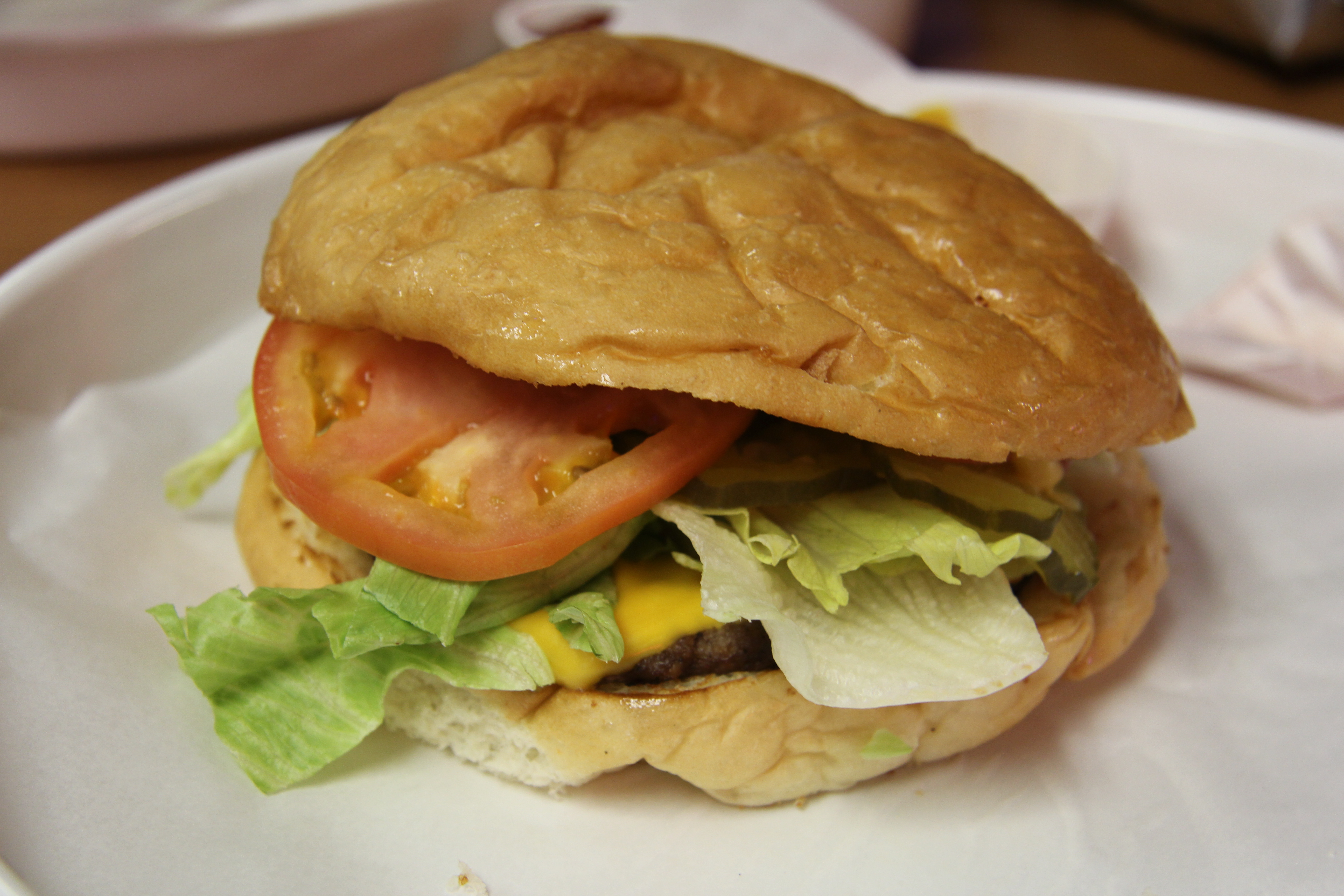 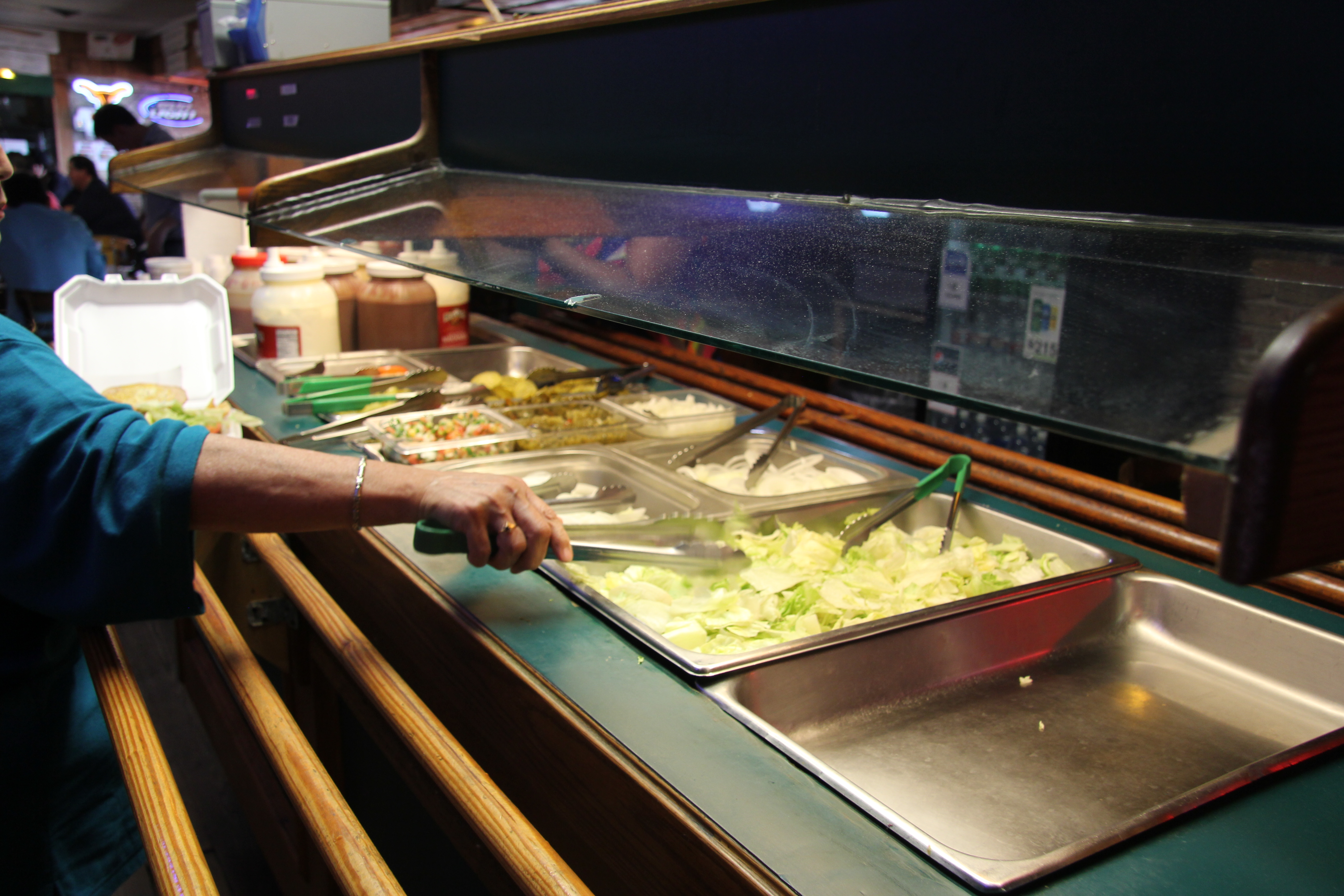 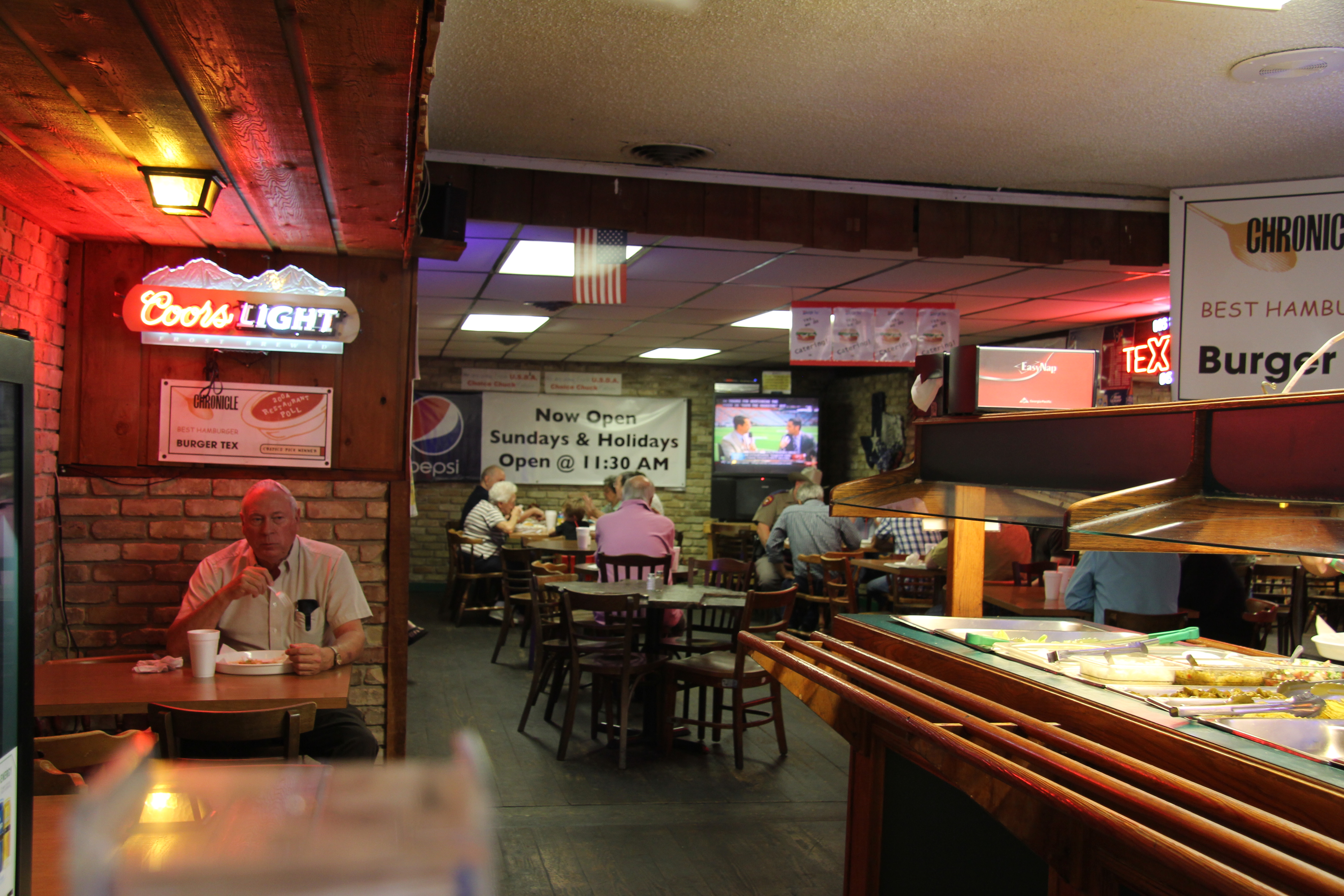