Made from the same cut as bacon, these piggy cubes are smoked low’n’slow until they turn into BBQ Pork Belly Burnt Ends. Just follow this recipe!

I was really tempted to title this dish bacon burnt ends. However, being a stickler for detail, these aren’t actually cured. And therefore not bacon. But man, they are just as dang tasty! BBQ Pork Belly Burnt Ends celebrate the best parts of the pig.

Pork Belly burnt ends are quite similar in concept to Chinese Char Siu BBQ, which has long revered the belly as a superior cut. They have the same sweet sauce, red hue and lacquered, caramelized finish.  The original brisket “burnt ends” were made from beef, but the porcine version is fast becoming an obsession for many barbecuers.

On that note, there has been much controversy of late with some folks insisting that you cannot call the pork version a “burnt end”. The general gist of their argument is that the original burnt end (seemingly invented in Kansas City) was made from the point end of a brisket only, and thus should remain true to that cut. The whole point of a burnt end was for it to be made from the crusty, rendered chunks from the fatty end. Yet, over the years (and particularly in KC) I’ve been served regular point-end brisket that is cubed then tossed in sauce, devoid of any of the barky, caramelized goodness that makes BE’s so sought after in the first place. So, to me, a burnt end is any smoked and highly fatty chunk of meat, that is cooked, sauced and then cooked again to sticky, salty and smokey perfection. Otherwise, it’s merely brisket which has been sliced into a different shape. 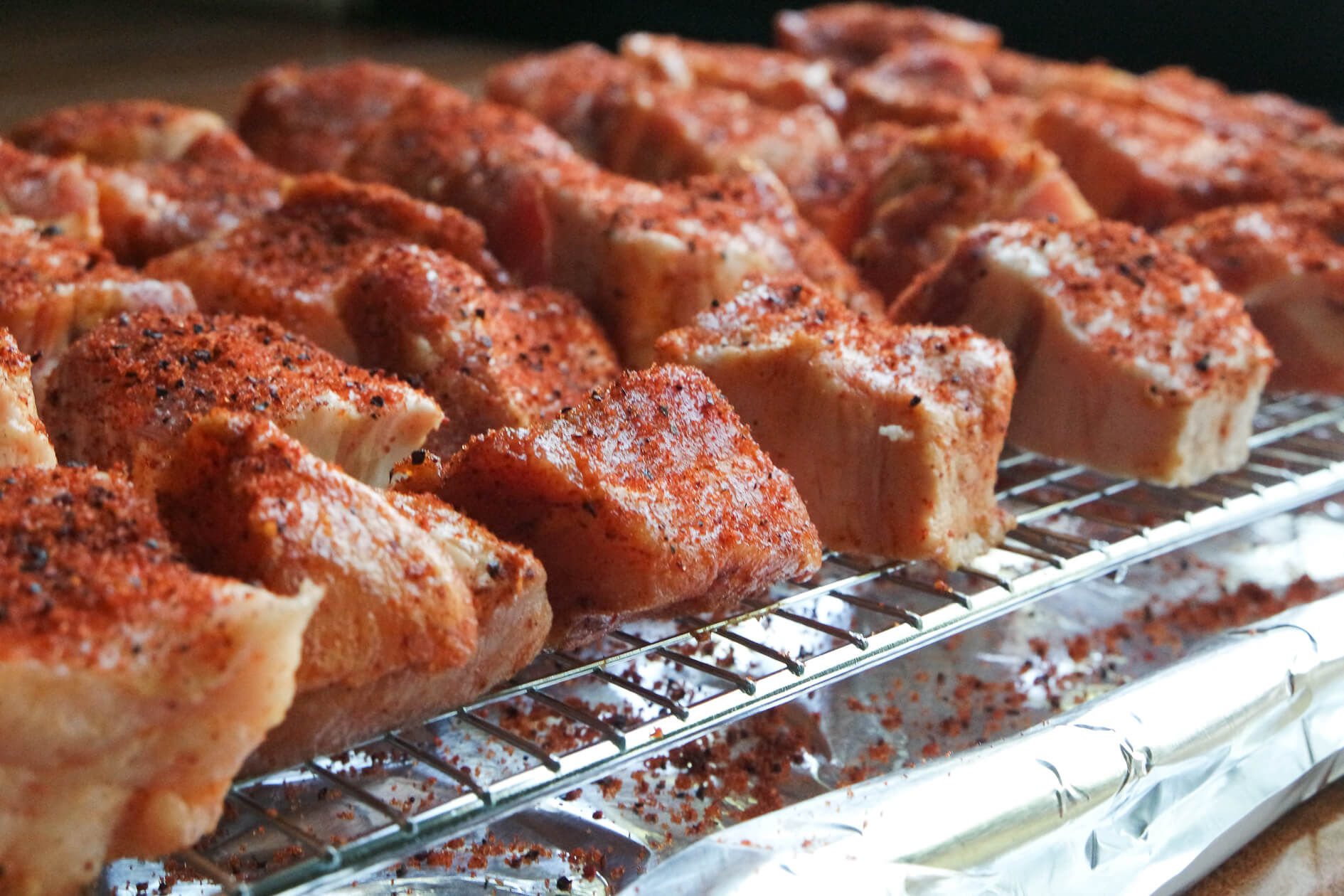 But there’s a reason that these porky treats have become so popular, and it’s all because of the pork belly – the same magical cut that bacon is made from. Think of belly like a layer cake, except the layers are delicious meat and tasty fat. The fat also happens to render very easily, leaving you with a silky mouthfeel after consuming one of these salty sweet nuggets. Another benefit? They cook in about 4 hours total. Rather than cooking them as a whole slab, they are cooked already cubed. Pork belly is one of the only proteins that can be smoked in such small cuts, as it’s fatty enough to remain moist and not dry out to a crisp.

For these burnt ends, I seasoned with Hardcore Carnivore Red which helps establish the intense (all natural!) color, but you could also try this pork season-all recipe. 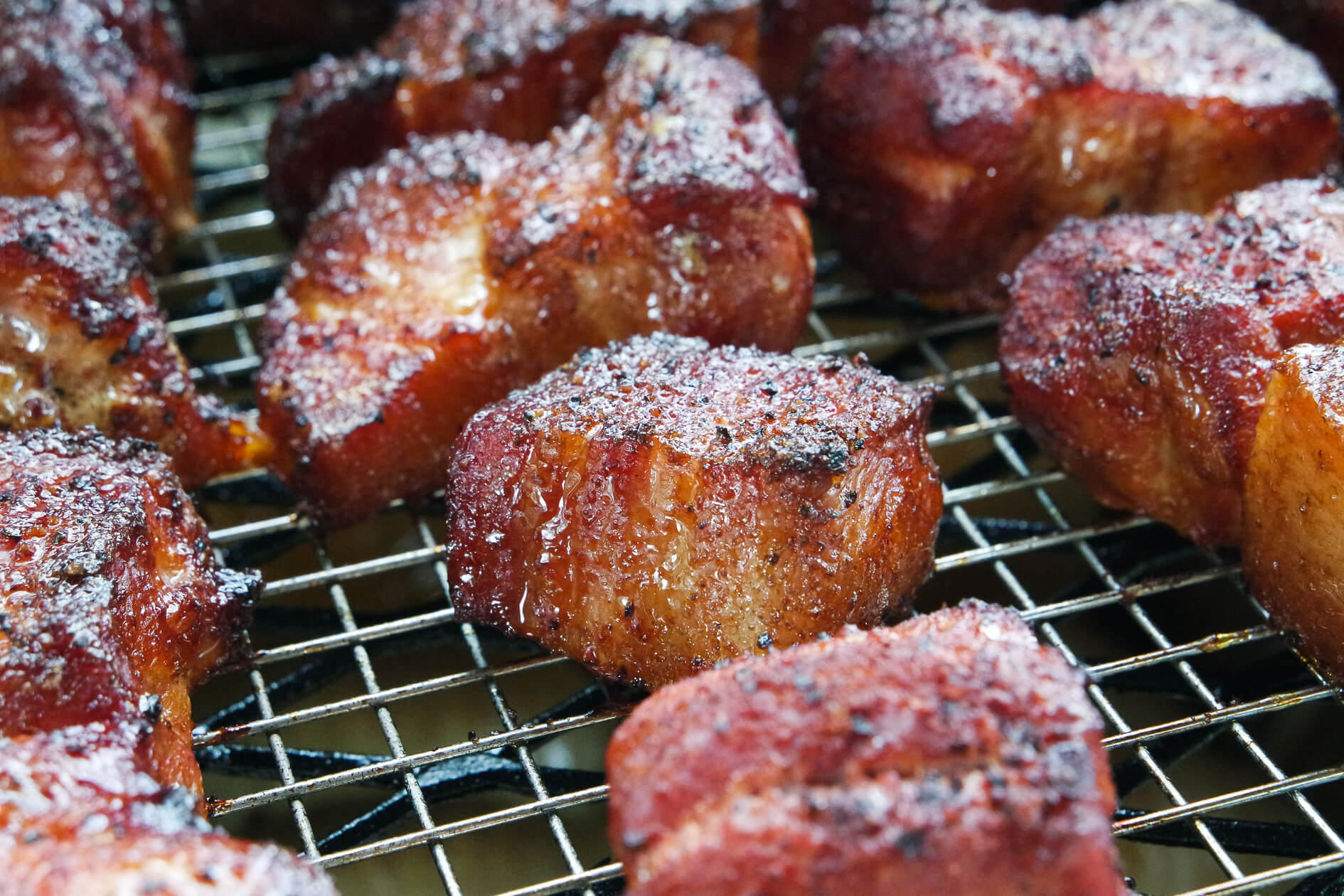