Tater tot nachos are pretty darn amazing on their own, but just wait until you try them with smoked Texas brisket!

But life is all about balance, I mean, isn’t that why we have lettuce in our burgers?! So for every time you’ve forced yourself to eat responsibly, sometimes it’s nice to really indulge and treat yourself, and safe to say these BBQ Brisket Tater Tot Nachos fit that bill.

Obviously, these would make an incredible appetizer or side dish, but I won’t judge you if you grab a fork and eat them to yourself. 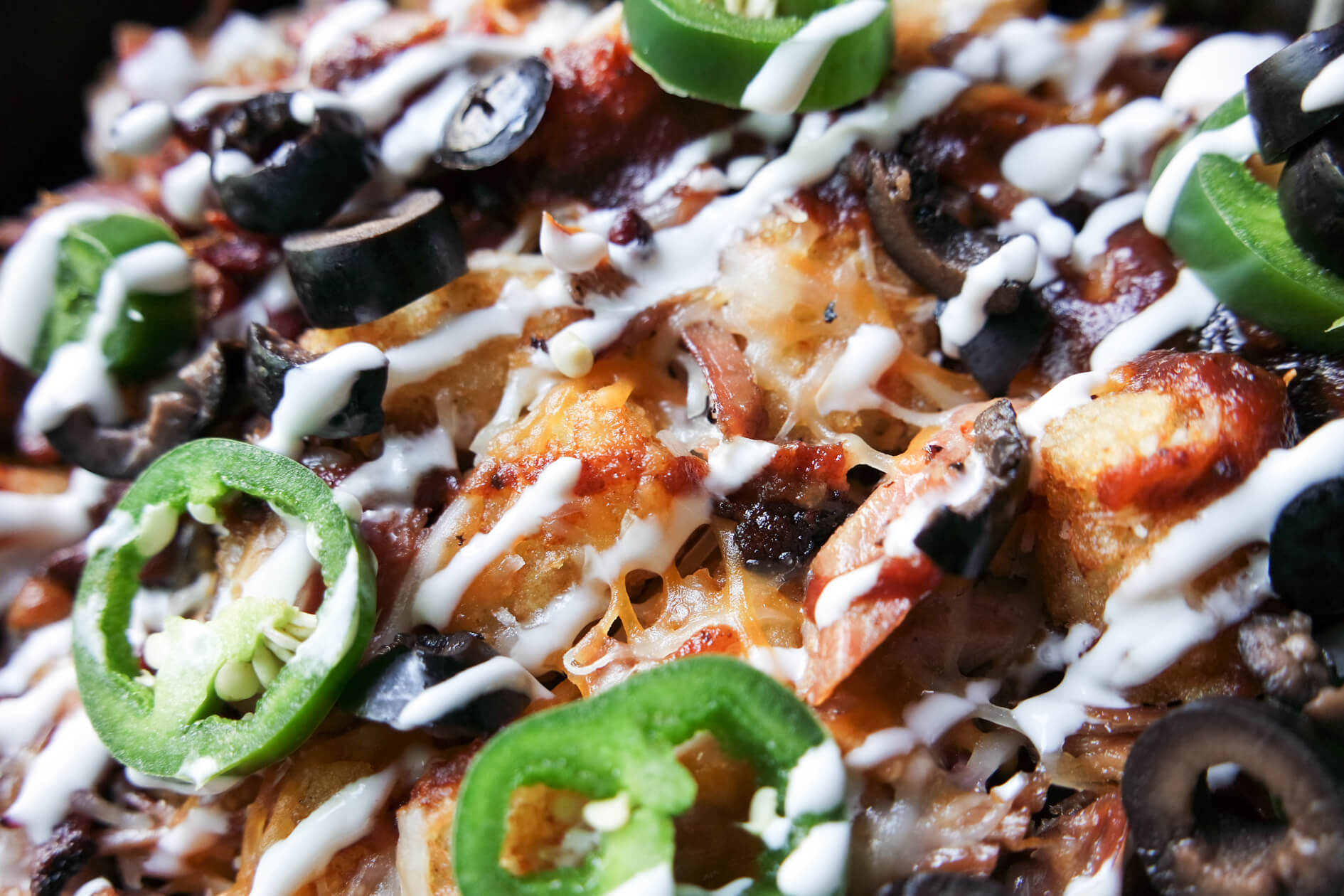