I like the concept of veggie kebabs because they are a super easy side to prepare when you are grilling your meat. Just clear a little extra space, and on they go, flipping all at once thanks to the skewer. But in actuality, no matter how many veggies you cram on there, they can be a little bland. Good news- you’re gonna fix them with bacon! 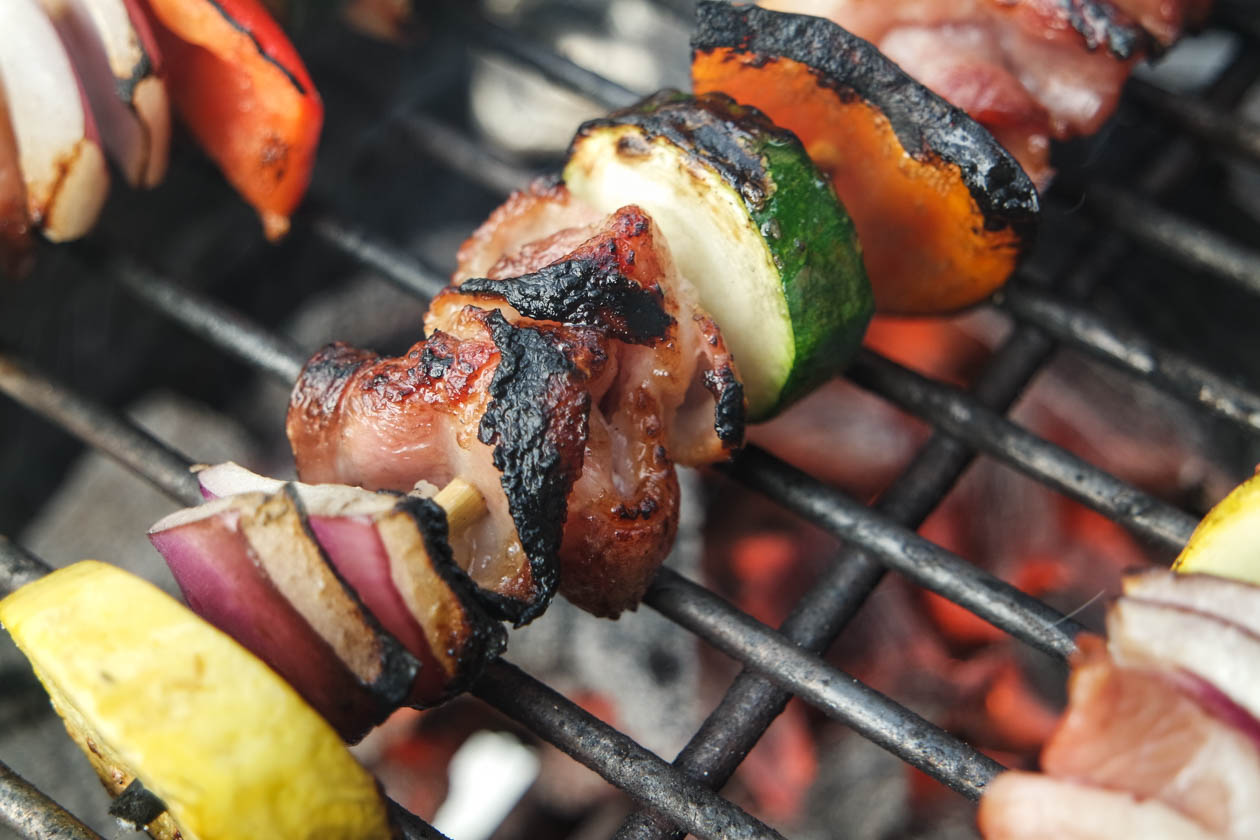 Ahh yes that magical pig ribbon that’s tastes like a unicorn breakdancing on your tongue. Is there anything bacon can’t do? Probably quite a lot, but for our purposes here, the addition of salty, crisp meat nuggets between the vegetables makes for a seriously impressive makeover. So simple, so effective.

You can use any veg you want for this, but I usually like to use various colors of bell peppers and squash, and lots of onion too (because charred onion is freakin delicious). Cut your bacon strips in half, and you can get up to three halves per kebab. The real trick is fanning them out like an accordion, and not threading the bacon too tightly – leaving a little space between each weave will allow the bacon to crisp all the way through. 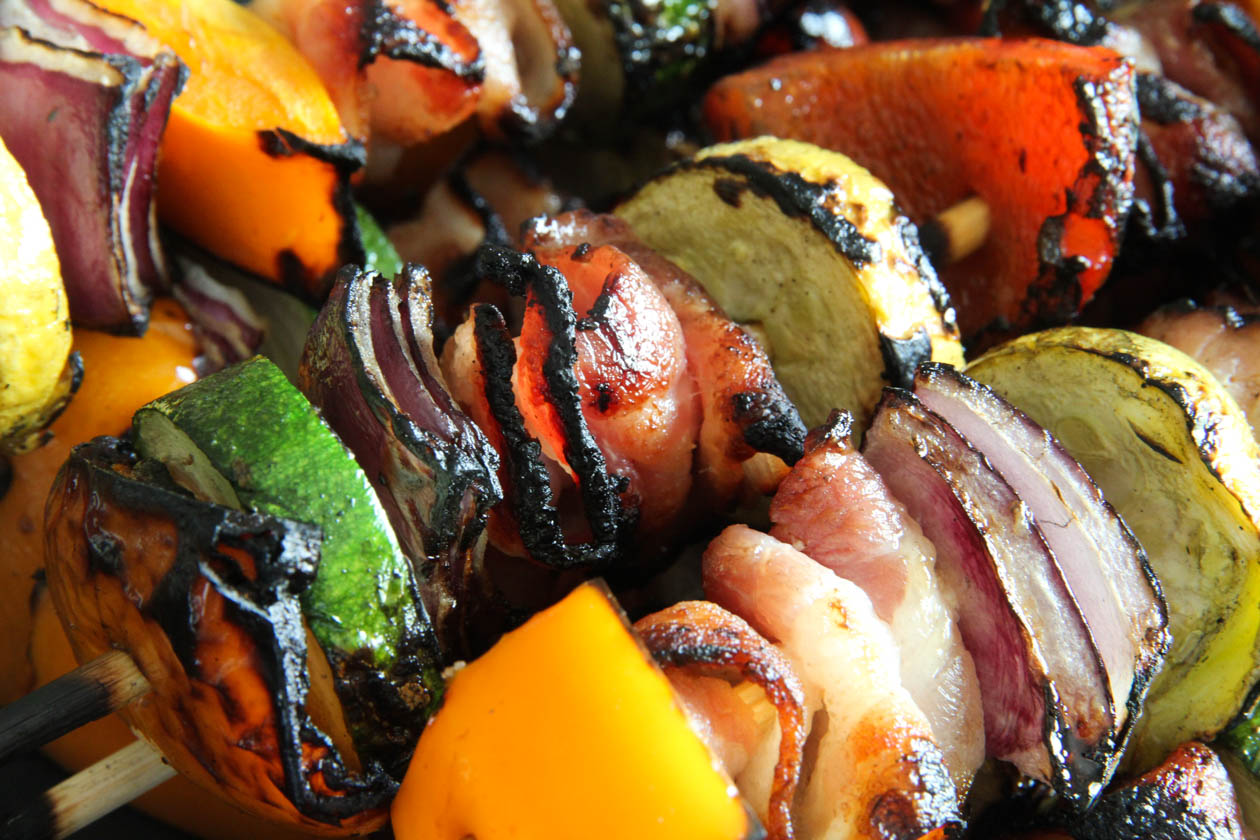